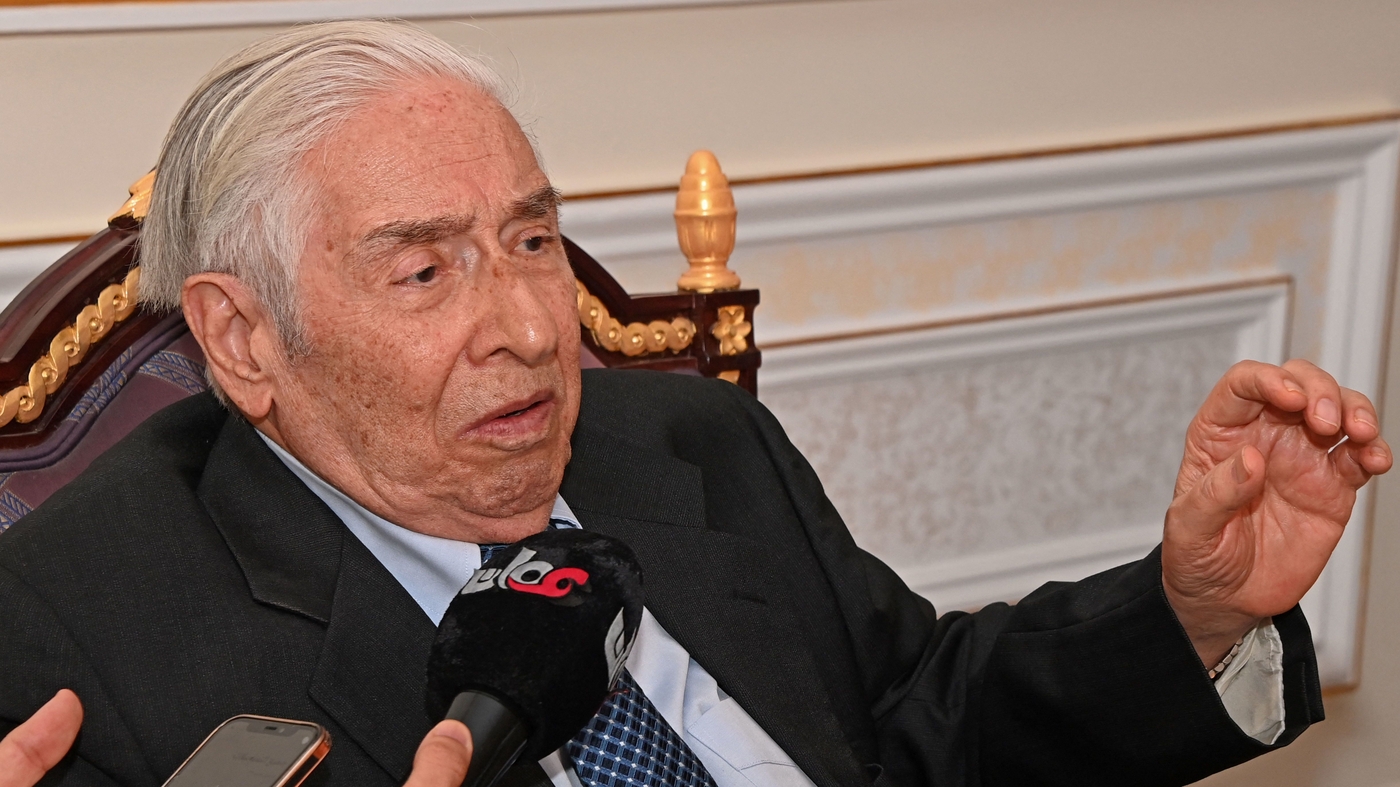 Baquer Namazi, one of four U.S. citizens whose freedom Washington had demanded in the context of any revived nuclear deal with Tehran, speaks to the press upon his arrival to the Omani capital Muscat on Oct. 5, 2022 following his release.

Baquer Namazi, one of four U.S. citizens whose freedom Washington had demanded in the context of any revived nuclear deal with Tehran, speaks to the press upon his arrival to the Omani capital Muscat on Oct. 5, 2022 following his release.

An 85-year-old American and former U.N. official was allowed to leave Iran today after being held there for more than six years.

Baquer Namazi is flying to Muscat, Oman, said a lawyer representing the Namazi family. “After a short layover, he will be leaving Oman and heading to Abu Dhabi,” said lawyer Jared Genser. While in the United Arab Emirates, Namazi will undergo surgery to clear possible arterial blockages that could lead to a stroke.

The case of Namazi and his son, both dual U.S.-Iranian citizens, has received international attention and been the subject of indirect talks between the United States and Iran for years.

Through their family lawyer, Namazi’s other son, Babak Namazi, said, “It is impossible to articulate and describe sufficiently how I am feeling. I am just so grateful that after so long, I will shortly be able to embrace my father again. In recent years, I thought this day would never happen.”

But he noted that the “nightmare” continues for his brother and for two other Americans held in Iran.

Siamak Namazi, 51, was in Iran’s notorious Evin Prison until the weekend, when Iran allowed him to go to a family home in Tehran for a week-long furlough where he could re-unite there with his father. The furlough could be extended but he is not allowed to leave Iran.

The United Nations and Oman helped broker the releases. Iranian officials have repeatedly said they would like to swap westerners they’re holding for Iranians being held in the U.S. and elsewhere.

In 2016, as the Iran nuclear deal was implemented, the Obama administration released seven Iranians from jail and dropped charges on others as Iran released Washington Post reporter Jason Rezaian and four other Americans. In 2019, the Trump administration released an Iranian scientist accused of violating sanctions, in return for a Princeton University graduate student studying in Iran.

Iranian media said the travel permission for Baquer Namazi comes as part of a deal to release some Iranian assets frozen in foreign banks. But the U.S. state department denied that Tuesday, calling it, “absolutely false.”