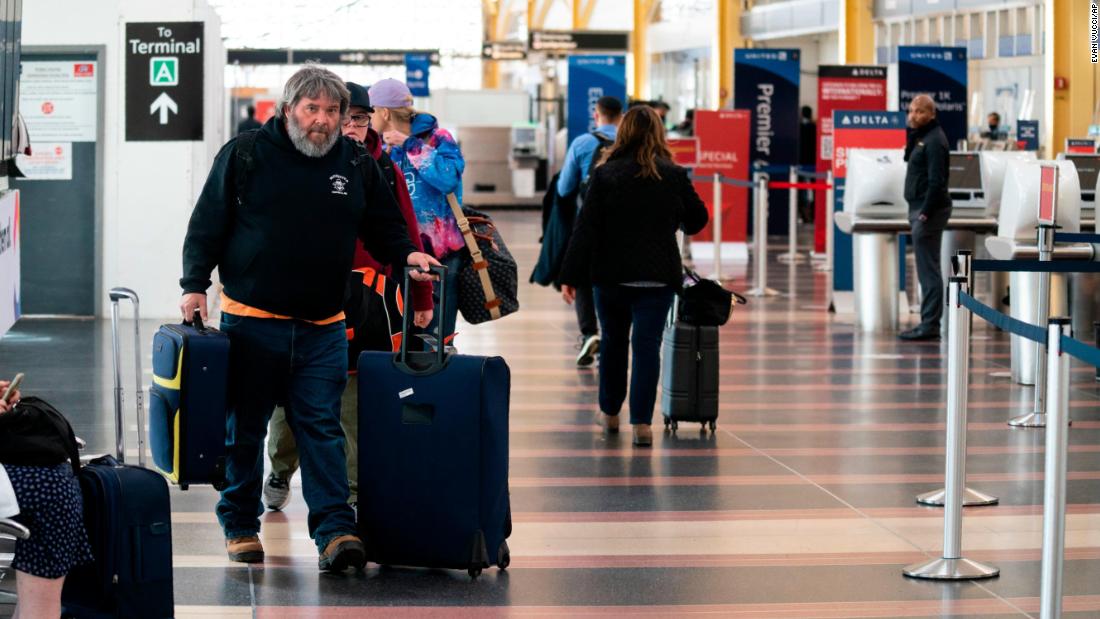 The ruling, issued by the Tampa-based US District Judge Kathryn Kimball Mizelle, impacted not only air travel, but other modes of transportation, including trains and some public buses and metro rail. In the immediate aftermath, it injected confusion and uncertainty into travel requirements. Here’s what to know about the ruling and what happens next.

Mizelle, who was appointed by former President Donald Trump, had two main reasons for invalidating the regulation, which was rolled out by the Centers for Disease Control and Prevention in early 2021. She said that the agency exceeded the authority given to it by Congress, and that — in how it rolled out the mandate — that it violated an administrative law that dictates the process executive branch agencies must go through in policy-making.

On the latter point, Mizelle’s ruling was one of several rulings where the administrative law, the Administrative Procedure Act, has been used to block executive branch policies of administrations of both parties. Biden initiatives on immigration have also been struck down for violating the APA, as have Trump era immigration policies. The law was also cited in striking down Trump-era changes to the 2020 Census, for instance.

Mizelle said that the mask mandate violated the APA because the administration didn’t have an adequate excuse for forgoing public notice and comment on the rule, and because the CDC did not offer enough of an explanation for why it was implementing the requirement.

Her ruling on the CDC’s statutory authority dug into the meaning of the word “sanitation” in the relevant section of the 1944 law giving the executive branch the authority to issue regulations that address communicable diseases.

She said that the use of “sanitation” in the statute referred to regulations around “measures that clean something, not ones that keep something clean,” and thus, Mizelle concluded, the mask requirement was outside of what the law contemplated.

She said that the mask requirement — in how it applies to individual travelers and their ability to use transportation — was more akin to the “detention” and “quarantine” type regulations referenced in a separate section of the law. But because the mandate applied to all travelers — and not just those who had been determined infected upon examination, as spelled out in that part of the law — it stretched beyond that part of the statute as well.

The judge said that her ruling invalidated the mandate would be effective nationwide, and on all the different types of travel the administration applied it to. Even as she expressed skepticism of nationwide injunctions generally, she said in this case it would be difficult distinguishing the individual plaintiffs from the millions of other travelers.

“How is the ride-sharing driver, flight attendant, or bus driver to know someone is a Plaintiff to this lawsuit with permission to enter mask-free?” she asked, before concluding that completely wiping out the policy was “necessary to remedy” the legal harm being inflicted on the plaintiffs.

What are the practical ramifications of the ruling?

Hours after the ruling came down, the Transportation Security Administration — which was tasked with carrying out CDC’s rule in airports and in other contexts — said it was no longer enforcing the directive because of the ruling. That put the ball in the court of the airlines, who could have chosen to keep the mask mandates in place on their planes. But so far, every major airline that has weighed in on what they’d do going forward has said that masking is now optional for passengers and flight crew on domestic flights.

But it’s worth noting that the CDC’s mandate applied to far more than just air travel. And the picture has been more patchwork for the modes of ground transportation where the requirement had also been in effect. Some local jurisdictions, like New York and Chicago, said that they would be keeping the mask mandate in place for public buses and subways. Other localities, including DC and Minneapolis, lifted the requirement for their public transportation methods. Amtrak also dropped the requirement.

If the ruling is appealed and overturned by a higher court, then the Biden administration would have the ability to reinstate it. Notably, before Mizelle’s ruling, the mandate had only been extended through May 3 and the administration was still considering whether to extend it further.

President Joe Biden, asked by reporters Tuesday if people should still wear masks on planes, said, “That’s up to them.”

What are the legal ramifications of the ruling?

If the judge had just struck down the the policy on APA grounds, the administration could theoretically take another stab at the policy and roll it out in a way that cured the procedural defects identified by the judge. But her ruling on the CDC’s authority hamstrings the administration’s ability to revive the mandate in a way that goes beyond just fixing the procedural issues with the requirement.

Her ruling said that any regulation aimed at “keeping things clean” — instead of at actively cleaning something — would be out of bounds of the relevant provision of current law. Only a higher court could overturn or narrow her ruling as it pertains to the CDC’s mask mandate

As a district judge, however, her ruling does not carry precedential weight. That means other courts across the country would not be obligated to follow her reasoning in how they handled future lawsuits challenging similar types of regulations.

If the 11th Circuit — which oversees appellate challenges from Florida — upheld her ruling, it would be precedent for all the other federal courts in that circuit, which covers the Southeast. A Supreme Court ruling upholding her conclusions about CDC’s authority would make them binding nationwide.

The threat of a bad precedent is just one of many factors the Justice Department is likely weighing as it is considering whether to appeal the ruling. The deadline for the government to decide whether to appeal is 60 days after the ruling. In the meantime, however, the administration could also seek an emergency order — known as a stay — that would put the ruling on hold while it is appealed. Notably the DOJ has not yet sought a stay of Mizelle’s ruling.

Without a stay, the mandate will be halted either until a higher court overturns the ruling, or indefinitely, if the DOJ does not seek to appeal it.

The Justice Department has not yet made a decision whether to appeal it, White House press secretary Jen Psaki told reporters Tuesday.

“It typically takes a couple of days to make a review and make an assessment,” she said.

US Department of Health and Human Services Secretary Xavier Becerra suggested an appeal is possible.

“We are right now in the process of deciding, and we likely will appeal that ruling. Stay tuned,” Becerra said.