Ingraham: The press is issuing dire assessments of Biden 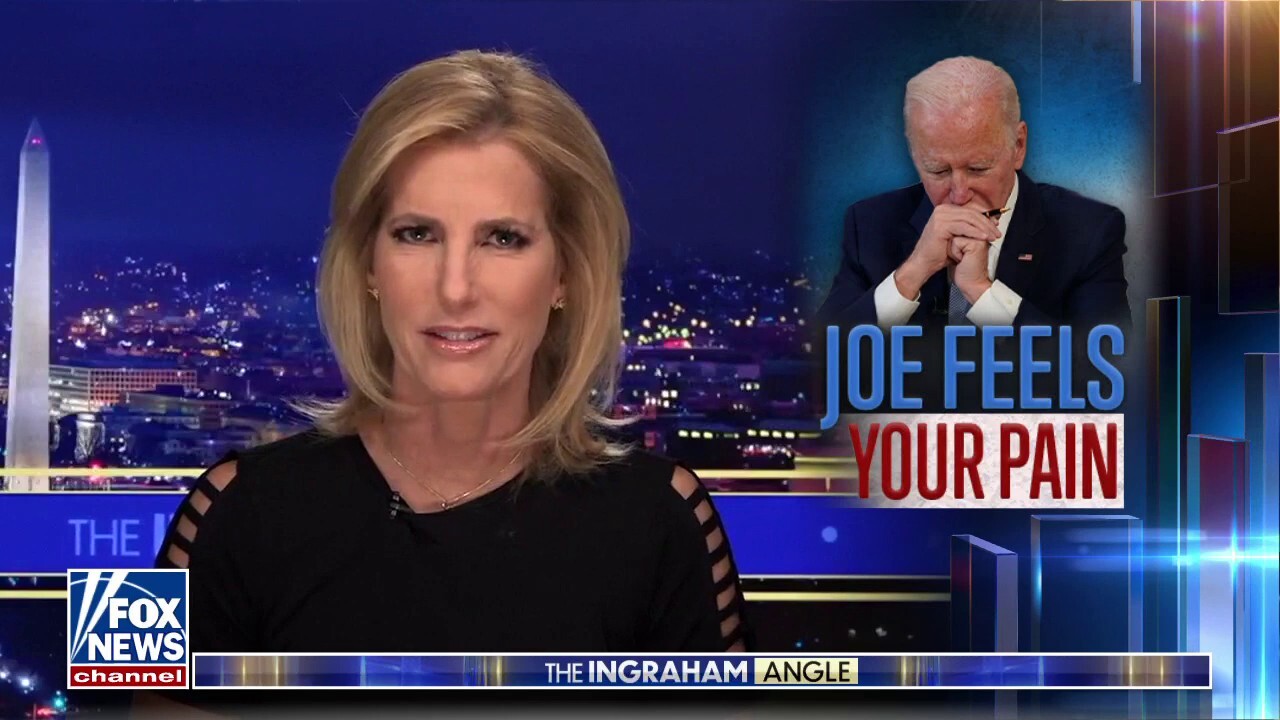 Laura Ingraham analyzed President Biden’s attempt to relate to American families struggling and how the media is turning on him Wednesday on “The Ingraham Angle.”

LAURA INGRAHAM: Joe tries to feel our pain. A White House fresh out of ideas is casting about for ways to save both Biden and the Democrats in Congress. No matter how much they’ve tinkered with their messaging, we’ve talked about this, Americans just aren’t buying what they’re selling. The press is even issuing dire assessments. Biden is at or near his low ebb in terms of job approval during his term and CNN’s latest poll of polls. His approval rating is it just 39%.

Biden didn’t have a lot of goodwill left with the public before this week, but the conflicting messages coming out of the White House and the broader Democratic Party make it look like there is no plan to turn things around in advance of the midterm elections, which are now just over 200 days off. … And given that the Democrats refused, by the way, to change their policies on energy and the border that have made them so unpopular, what can Joe do? Well, he can pretend he feels your pain because he was poor too once.

Then to drive home the poverty point, he followed it up with an early morning tweet today, saying, “I know that families are still struggling with higher prices. I grew up in a family where if the price of gas went up, we felt it.” Now, when we understand this, the White House believes that the families seeing their savings eroded by inflation, they’re seeing their neighborhoods engulfed by violent crime, they’re going to feel better now? Because Joe claims empathy that’s carried over from experiences several decades ago? Alright. Joe’s lived high on the hog for years now, we all know that. Remember just last week when we learned that according to texts on Hunter’s old laptop, that Joe’s ne’er-do-well son was covering expenses for the family?