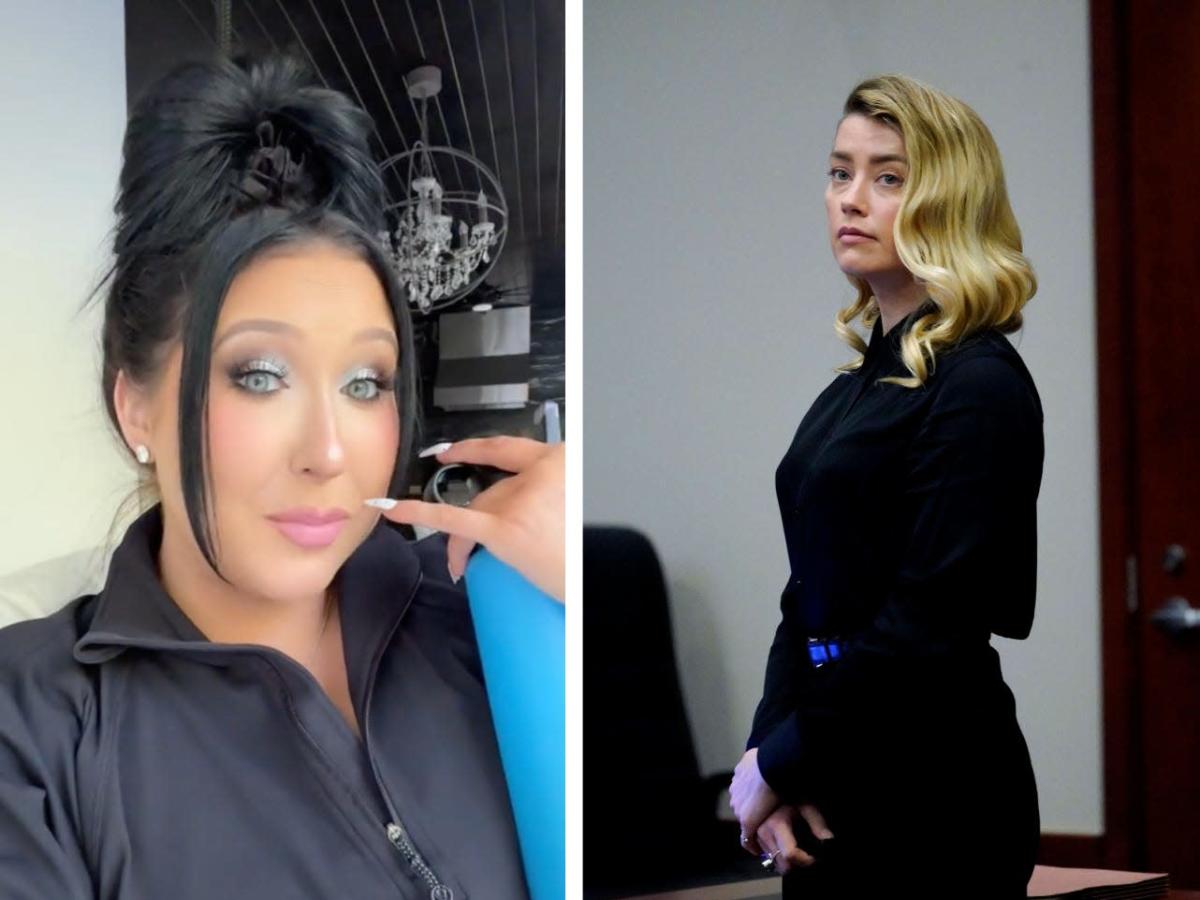 The beauty YouTuber Jaclyn Hill once met Amber Heard at a restaurant but was removed by Heard’s security guard, leaving Hill in a “humiliating” situation, she said in a TikTok video posted on Wednesday.

Hill, who has 5.6 million YouTube subscribers, said she wanted to tell viewers about the interaction with Heard for “about two years” and decided to share it now because of the attention on the defamation trial between Heard and her ex-husband, Johnny Depp.

In the video, which has been viewed 570,000 times, Hill said the encounter occurred a couple years ago when she was dining with a group of friends at Nobu — a Japanese-fusion restaurant chain known to host celebrities — in Malibu, California. She said she noticed Heard was sitting at the table next to her and recognized her from her role in the 2006 movie “Alpha Dog.”

“We were making eye contact every three to five minutes, and it was so awkward, and I was like, ‘Why does she keep looking at me? Why do I keep looking at her?'” Hill said, adding that after paying her bill and getting up to leave the restaurant, she decided to tell Heard that she recognized her and thought she was “really beautiful.”

According to Hill, she and Heard had a brief conversation about Hill’s ear piercings before Heard’s security guard “physically grabs my arm, grabs me, and says, ‘Ma’am come with me.'”

She said he then pulled her to the front of the restaurant while the other customers were watching and told her, “You need to leave. You are not allowed to speak to her.”

The YouTuber said incident was “the most awkward moment of my life” and called it “humiliating.” But she added in the video that Heard was “so nice” to her and appeared to have a “weird look on her face” when the security guard asked Hill to leave.

Representatives for Heard did not immediately respond to Insider’s request for comment.

Heard, who has appeared in a number of movies including “Aquaman” and “The Rum Diary,” was married to Depp for 15 months, starting in 2015. The pair got divorced in 2017, and Depp is suing Heard for $50 million, alleging defamation over an essay she wrote in 2018 that included allegations of abuse that were widely regarded to be about Depp. Heard has filed a $100 million counterclaim.

Hill is a well-known YouTuber who typically posts makeup tutorials and occasional vlogs. She also has a TikTok account where she shares short beauty tips and hacks, as well as updates about her life, including her experience with plastic surgery and her dieting and eating habits.

For more stories like this, check out coverage from Insider’s Digital Culture team here.