In ‘Deaf Utopia,’ Nyle DiMarco Dreams of Integrating the Deaf and Hearing Worlds 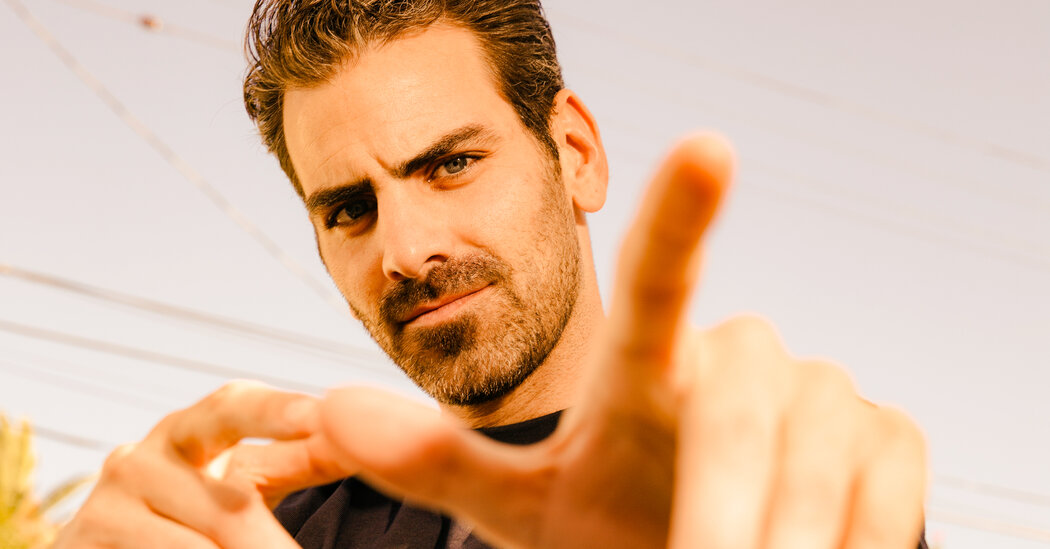 DiMarco also writes about his physically abusive father, a Deaf man whose parents and schooling neglected sign language, he said, leaving him socially and educationally impoverished. DiMarco and his brothers would eventually change their last name, adopting their mother’s birth name, but after college he spent time with his father’s family, learning more about the forces that shaped his dad’s volatile personality.

“Growing up, I had tried to avoid thinking too heavily about it,” said DiMarco of the violent forms of punishment inflicted by his father, from whom he remains estranged. But while writing the book, he says, “I realized it wasn’t really his fault, that it was the system that had failed him.”

Weeks after we first met, DiMarco attended the Academy Awards for the first time. Serena Williams signed his name on the red carpet (“I still pinch myself,” he later texted), and at the Dolby Theater, his vision of a more inclusive and accessible industry appeared, by some measures, to crystallize. “CODA,” the American remake of a French film about the lone hearing child in a Deaf family, won Best Picture, becoming the first movie with predominantly Deaf actors to win the award. And in the bravura third act of “Drive My Car,” which was awarded Best International Feature, one actor, playing Sonya in a multilingual stage production of “Uncle Vanya,” performs a monologue from the Chekhov play in Korean Sign Language, communicating her character’s well of faith and despair without verbal speech.

People in the industry often ask DiMarco if there are characters in film and television he longs to play himself. “I’ve never really felt that there was enough representation for me to have an answer,” he explained. “And certainly, the representation that was out there wasn’t authentic.” In a business that pays lip service to the virtues of diversity and inclusion, he adds, “deaf and disabled is always, somehow, a different topic for a different meeting.”

In the utopia of his memoir’s title, though, DiMarco envisions the full integration of the Deaf and hearing worlds. There would be Deaf cameramen and grip operators; on his own projects, he strives to hire as many Deaf people in production as hearing. Movie theaters would offer showings with open captions, as AMC began doing at hundreds of its U.S. locations after the Deaf actor Lauren Ridloff appeared in Marvel’s “Eternals.” And deafness, as it’s often figured from a medical perspective, wouldn’t be a pathology, “something that needs to be fixed,” he says, but a difference worthy of embrace. “Many of us don’t want to be fixed,” he added. “Being Deaf has given us a community and a language.”