If the U.S. Ignores Island Countries Like Mine, China Is Waiting in the Wings 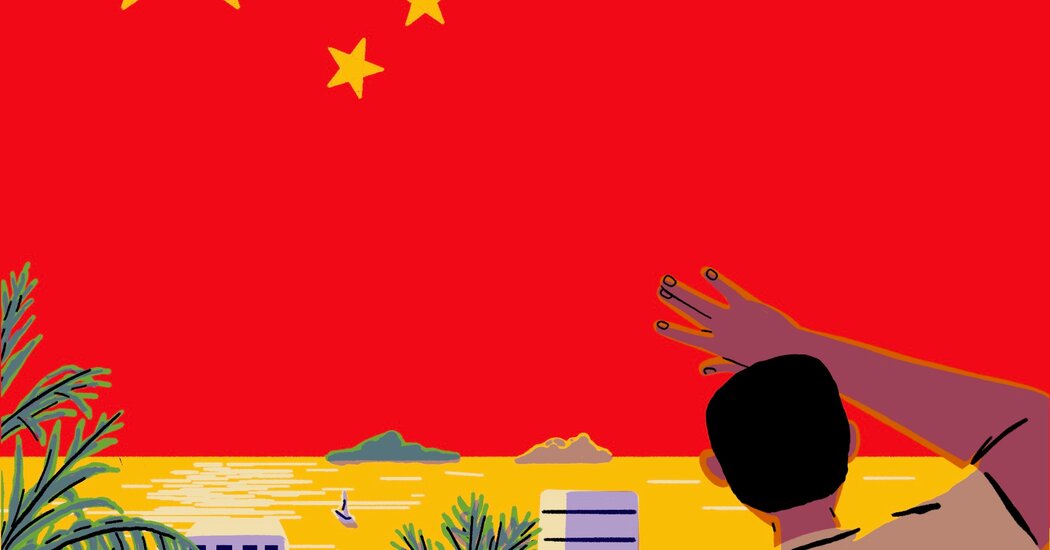 HONIARA, Solomon Islands — Judging from the American and Australian reactions, China’s push to raise its profile in the Pacific Ocean seems frightening indeed.

Secretive negotiations between Beijing and the government of my home country, the Solomon Islands, have raised speculation that they could lead to a Chinese military presence here. Our government has denied this. But Washington has warned that these developments would “set a concerning precedent” that could destabilize the Pacific, and at least one Australian politician fretted that the Solomons might become a “little Cuba off our coast.”

Like many of my fellow islanders, I am uncomfortable, too — about the lack of transparency in our government’s dealings with China, about Beijing’s ultimate motives and the potential impact all this could have on our fragile institutions.

But the view from the front lines of this big-power contest is more nuanced than in Washington or Canberra, and it points to an important lesson for the United States as it vies with China for influence across the Pacific: you have got to show up. And the United States has not.

We get it. The Solomon Islands is small, remote and economically insignificant. But if all countries like us are dismissed as such, China will pick us off one by one with its promises of business projects and development aid.

For decades, we identified with the West, a legacy forged when the United States, Australia and their allies halted Japan’s imperial advance during World War II in the Battle of Guadalcanal. But that was long ago. There is a creeping sense today that we are being ignored, if not forgotten. So who can blame us if we open the door to new friends who can help with our needs?

And those needs are great.

Forty-four years after independence, we are still struggling to build a nation. Despite rich natural resources, around 80 percent of our 700,000 citizens still live in hard to reach rural areas, subsisting on family-run plots of lands. Many still lack access to running water, basic sanitation and electricity. Jobs are scarce, access to health care is limited, and high numbers of children are stunted by poor diets. Already prone to earthquakes, tsunamis and cyclones, we face ominous new threats because of climate change, including coral bleaching and rising sea levels that are slowly washing away islands.

We don’t blame anyone for these problems, but as they point fingers at China and chide our leader, we’d like to ask Western leaders: Where have you been?

To be fair, Australia, New Zealand and the United States have provided much-needed assistance over the decades, and the U.S. Peace Corps arrived in 1971. But those volunteers were pulled out 22 years ago during a period of violent political unrest. U.S. aid to the Solomon Islands, already dwarfed by Australia’s, flatlined in the 2010s. My work as a journalist has taken me across these islands, and I’ve seen little remaining legacy of Peace Corps works, or U.S. help in general. Few Solomon Islanders know much about our past bonds with the West — nearly 75 percent of our population is under age 35, and most are poorly educated.

Among the few regular reminders of the West comes when an unexploded American or Japanese World War II bomb blows up, killing or maiming villagers. I lost a cousin last year, a promising young university graduate killed at a barbecue with friends. This unseen threat also inhibits economic progress due to the risk of developing land containing 80-year-old explosives just waiting to detonate.

Australia and New Zealand have been major donors, typically through aid programs focused on strengthening our public institutions. But as important as these efforts are, they are largely invisible to young Solomon Islanders who need jobs or vocational training in things like carpentry or masonry to address a persistent shortage of skilled labor and to put food on the table. Overall, Australian aid has fallen over the years.

China’s growing presence, on the other hand, has become impossible to miss in Honiara, the capital. Chinese-run businesses — construction, hardware, fishing, transport and other sectors — have quickly become part of the local economy since our government established diplomatic relations with Beijing in 2019.

That meant severing longtime relations with China’s rival Taiwan, an unpopular move. But minds are slowly changing. Chinese construction companies are building a new wing that will significantly upgrade our main hospital, and a long-overdue stadium which will host the Pacific Games next year. China’s profile has been rising across the Pacific.

While Solomon Islands trade with the United States is negligible, China is our biggest trading partner by far. And it has not gone unnoticed here that China has taken meaningful measures to reduce carbon emissions, while American and Australian politicians have dithered or, in the case of Australia, even made light of climate concerns in the Pacific.

Many of us worry about the consequences of cozying up to China, and lingering suspicion contributed to rioting in Honiara in November.

Washington and Canberra are now saying that we in the Pacific matter to them. They will need to back that up with sustained action. Their wartime sacrifices saved us long ago. But loyalty does not last forever. It must be earned. Small, fragile, but strategic countries like mine have no choice but to chart our own course, with whatever friends we can find.