I Was Powerless Over Diet Coke 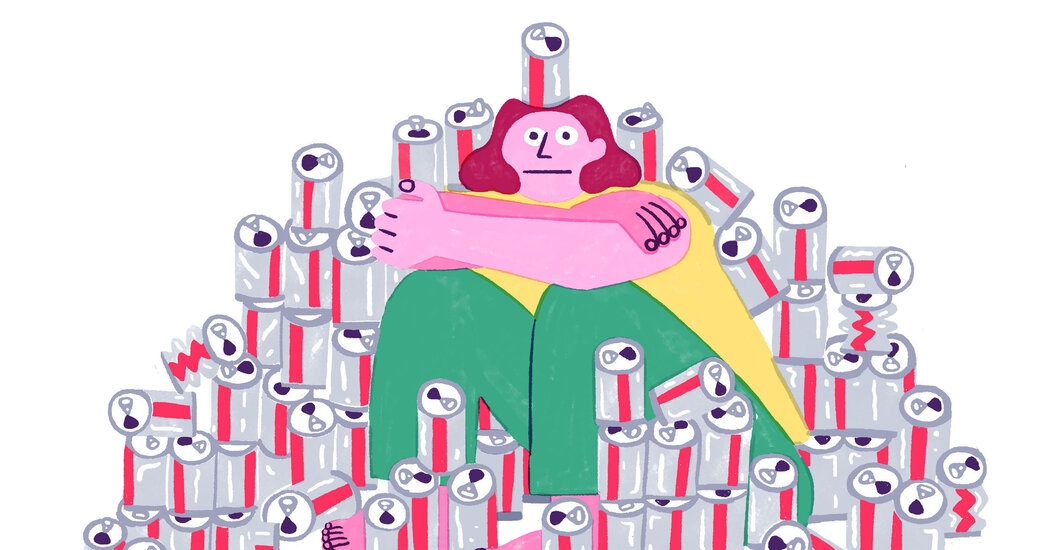 She, too, battled severe headaches when she quit, along with “hilariously PMS crankiness,” she said. She also had an extremely strong thirst that nothing seemed to quench, but the upside was that forced her to drink more water.

Coca-Cola has a different take on what people refer to as an addiction. “Food and beverages, like chocolate, for example, can trigger what scientists call ‘reward centers’ in the brain, but so can other things like music or laughter,” said Daphne Dickerson, a spokeswoman for Coca-Cola. “Regularly consuming food and beverages that taste good and that you enjoy is not the same as being addicted to them.”

Previous studies have linked diet sodas to strokes and dementia, diabetes and metabolic syndrome, and tooth decay, as well as abdominal cramps, diarrhea, hallucinations, headaches, joint pain and nausea. But doctors aren’t able to say for certain whether it’s the aspartame or saccharin or something else. Maybe these drinkers simply lead unhealthy lives? Addicts, like me, glom onto that ambiguity, along with the fact that the Food and Drug Administration has given artificial sweetener the thumbs up.

So how have some people finally managed to cut the cord?

In September 2020, Mindy Beller, 58, a technical editor for an environmental consulting company in Asheville, N.C., was diagnosed with breast cancer. She had a habit that involved 8 cans of Coke Zero a day and didn’t quit until after surgery, when doctors found more cancer and she realized she’d have to undergo chemotherapy. (Although diet soda hasn’t been conclusively linked to cancer, she decided to avoid unhealthy foods.) Ms. Beller used the Quitzilla app, a habit breaker and sobriety counter, which tracked her progress. “Every time I had a craving, just looking at the app did something good in my brain,” she said. She didn’t have a lot of physical side effects, but she did long for the drink. She credits the app with helping her stay on track.

Ms. Medina weaned herself in June 2019 after her sister-in-law, with whom she had a long-running bet, stopped smoking. Ms. Medina felt guilty that she hadn’t lived up to her end of the bargain, so when she went to the McDonalds drive-through she asked them to fill her Diet Coke cup all the way up to the top with ice, thus diluting the soda. Gradually she grew to like the watered-down version, which helped her cut back entirely. Since quitting for good, she said she no longer craves sugar or alcohol, and her fibromyalgia is better.

As of this writing, I’m on Day 41. I stopped suddenly, but I would hardly call myself an overnight success; the first few days were rough. My head pounded from caffeine withdrawal and I lived on Tylenol. I always used to have a can of soda when I worked, and I couldn’t concentrate without one.

Still, I’m planning to continue. My stomach hurts less, and my sweet tooth isn’t as persistent. And I’m quite pleased with myself — I altered a lifelong habit. If I can do this, I can do anything. Even if it takes 40 years.