‘I Was Bad. She Was Awesome.’: Shaquille O’Neal Takes Accountability For His Mistakes During Marriage to Shaunie O’Neal 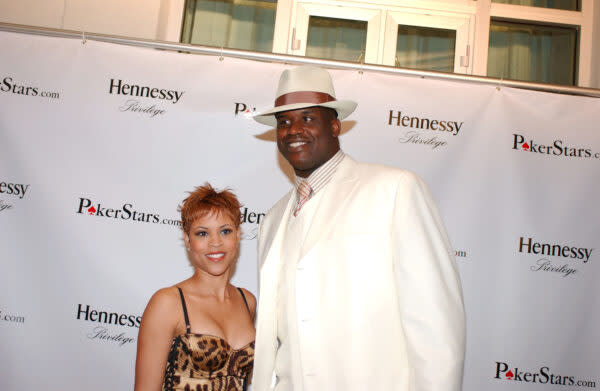 Shaquille O’Neal and his ex-wife Shaunie O’Neal are the perfect examples of what co-parenting should be. The pair divorced nearly 14 years ago and still support each other’s endeavors.

Shaq and Shaunie married in December 2002 and separated five years later when Shaq filed for divorce. Although they attempted to reconcile, the “Basketball Wives” creator in her turn decided to pull the plug on their marriage in November 2009.

O’Neal opened up about their relationship during a recent episode of “The Pivot Podcast.” He also held himself accountable for the mistakes he made during their marriage.

“I never talked about this, but I’m glad you guys asked me because I don’t mind talking about this,” he told hosts Channing Crowder, Fred Taylor, and Ryan Clark. “But I was bad. She was awesome. She really was. It was all me.”

He continued, “Look we don’t need to talk about what I was doing but I wasn’t protecting her and protecting those vows. Sometimes when you live that double life, you get caught up. So I’m not gonna say it was her, it was all me.”

Although he held off from sharing details, Shaunie previously admitted Shaq’s infidelity, amongst other lingering issues, led to their split in 2009. It inspired Shaunie to create the VH1 series “Basketball Wives.”

“She did exactly what she was supposed to do, gave me beautiful kids, take care of the house, take care of corporate stuff. It was just all me,” said Shaq. “Sometimes when you make a lot of mistakes like that you can’t really come back.”

The exes share four biological children: Shareef, 22, Amirah, 20, Shaqir, 19, and Me’Arah, 15. Shaq also has a daughter, Taahirah, from an earlier relationship, and adopted Shaunie’s son, Myles, 20, as his own.

Earlier this year, Shaq vowed not to embarrass Shaunie or his ex-girlfriend, Taahirah‘s mother Arnetta Yardbourgh. During his guest appearance on “The Pivot Podcast,” the former Lakers player was asked how he handles co-parenting and deals with family issues off social media.

He replied, “It’s not about having issues. It’s just, I run my life on the PPL principles. You protect, you provide, and you love. Even if we’re fighting, I’m not going to embarrass her amongst the world. Even if we’re in an argument, no. Hell no.”