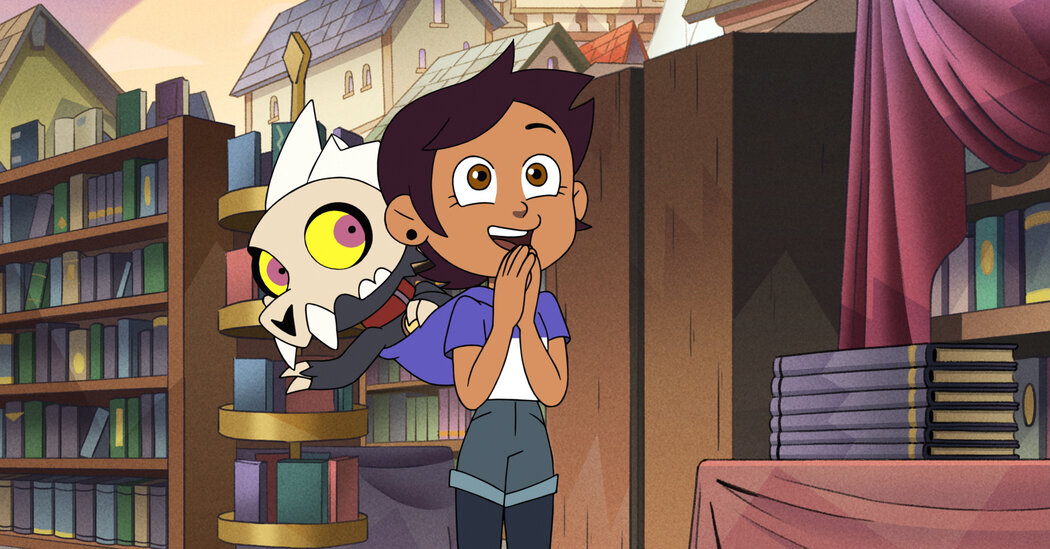 This weekend I have … a half-hour, and I like plucky heroines.

‘The Owl House’
When to watch: Now, on Disney+.

This charming cartoon — aimed at children but with plenty of energy and humor for older audiences, too — follows Luz, a young teen with a potent imagination. She makes her way to the magical realm of the Boiling Isles instead of getting stuck at Reality Check Camp, and she’s the kind of kid who greets the day by shouting “good morning, terrifying fantasy world!” “Owl” sets itself apart from other tweeny series with its robust L.G.B.T.Q. representation and its zippy, self-aware jokes. If you like “Infinity Train” or “Summer Camp Island,” or if you’re just in need of a cartoon that is not irritating, watch this.

If your Zillowscrolling tends toward the fancy-schmancy, try this docuseries about fabulous and noteworthy houses around the world and the invariably interesting people who design and live in them. “Home” is very much in the vein of “The World’s Most Extraordinary Homes” or “Chef’s Table,” shows whose reverence for beauty is so intense it almost feels like a sin. The nine-episode first season came out in 2020, and 10 new episodes dropped at the end of June. I liked the Mexico City one, but you can’t really go wrong ogling architectural marvels.

This documentary series isn’t about a cult exactly, but the contours are the same: A group of people separate from society in pursuit of a shared vision, and things go well for a while until they go very, very badly. Here, it’s a group of anarcho-capitalists who move to Acapulco, Mexico, where they also host an annual convention, mostly about crypto currencies. At six episodes, “The Anarchists” is a bit bloated, and its reliance on pretending to type Facebook updates grows tiring, but the conflicts it depicts are wild, tragic and shocking, and its invocation of the trauma plot is disconcertingly effective.