How did Marilyn Monroe die? The details behind the mysterious death of one of Hollywood’s most famous faces 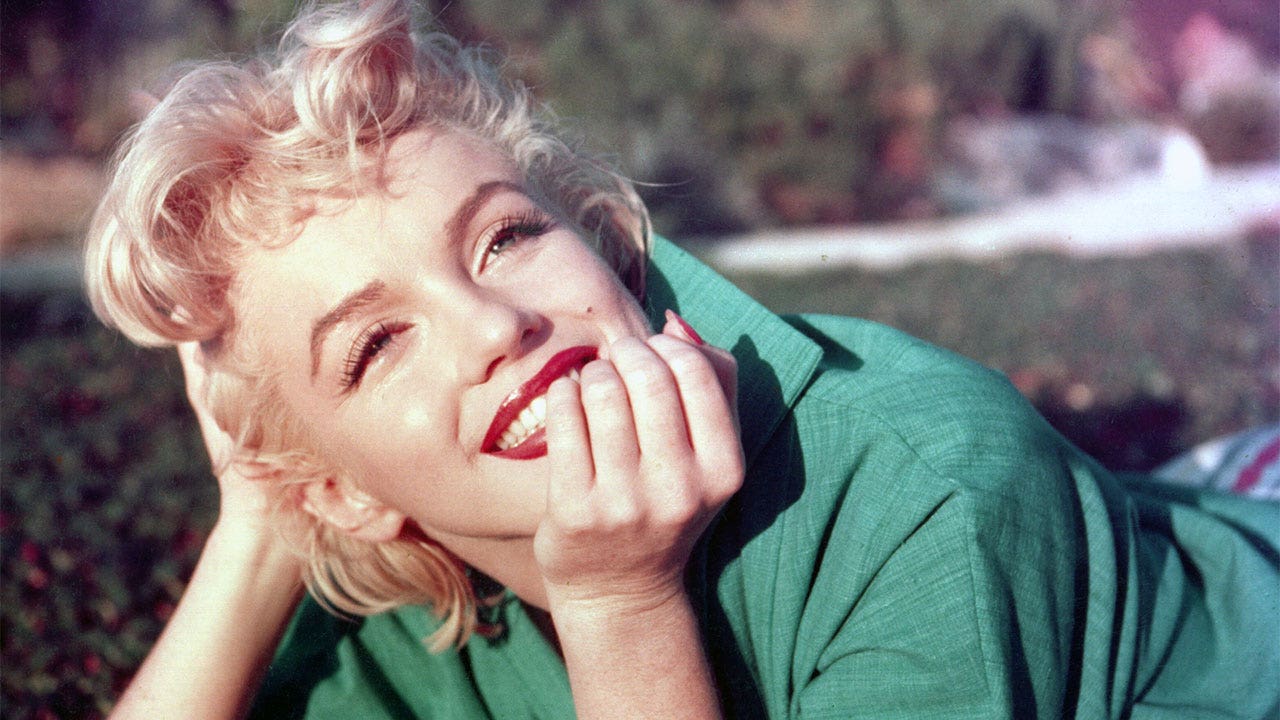 Marilyn Monroe was the most famous actress of her time and is still popular today, with many books, documentaries and movies made about her life. Some of her famous films – “Gentlemen Prefer Blondes,” “Some Like It Hot” and “Niagara” – and iconic moments – singing “Happy Birthday” to John F. Kennedy and her skirt being blown up in the air during “The Seven Year Itch” – are still talked about over 70 years later. And many still are trying to uncover the details behind her untimely death.

What did Marilyn Monroe suffer from?

Monroe died when she was 36 years old in August 1962 in her Los Angeles home. At the time, her death was ruled to be an overdose of sleeping pills. Whether it was accidental or suicidal is still not fully known. She was found in her home, which she bought just six months before her death, alone in her bed, with an unhooked phone in her hand and a bottle of sleeping pills on the side of her bed. Marilyn Monroe’s funeral took place on Aug. 8, 1962, at the Westwood Village Memorial Park Cemetery.

The case was reopened 20 years later, in 1982. After further investigation, the district attorney found the that the original findings remained unchanged, and her death was still ruled to be a drug overdose.

What were Marilyn Monroe’s last words?

The last person known to have talked to Monroe before her death was Peter Lawford, an actor who was married to Pat Lawford, one of the Kennedy brothers’ sisters. The couple was friends of Monroe’s. Lawford talked to Monroe over the phone that night, and she told him, “Say goodbye to Pat. Say goodbye to the president. And say goodbye to yourself because you’re a nice guy.” The meaning behind the actress’ famous last words became clearer with the recent documentary made about Monroe’s death called “The Mystery of Marilyn Monroe: The Unheard Tapes.”

Marilyn Monroe was the most popular actress of her time. She passed at age 36 in the Los Angeles home she had bought just six months prior.
(Getty Images )

What happened to Marilyn Monroe?

Even though Monroe’s cause of death has been named twice as a drug overdose, the details about her private life and exactly what happened before she was found dead in her bedroom are still coming out and being further investigated. The newest documentary about Monroe, “The Mystery of Marilyn Monroe: The Unheard Tapes,” came out in April 2022. It dives deep into Monroe’s life behind the lights and cameras through interviews conducted with those who knew her. The documentary is narrated by Anthony Summers, a biographer and author of the book, “Goddess: The Secret Lives of Marilyn Monroe.” Summers conducted 650 interviews, all through tape recordings with people who had been a part, big and small, of Monroe’s fascinating life. These tapes were never heard before this documentary was released.

Summers talked to many who were close to Monroe, including agents, directors and friends. He also talked to the family of the psychiatrist, Dr. Ralph Greenson, who treated and came to know Monroe. Greenson’s two children Danny and Joan and his wife Hildi also become close to Monroe during his care of the actress. The documentary revealed that she told the girls specifically that she was seeing a new man, whom she referred to as “the general.” Many people in the documentary talked about the relationship between Monroe and both President John F. Kennedy and Attorney General Robert Kennedy. They often spent time together at the Lawfords’ house in Malibu. Although the intimate details of what went on between Monroe and the two brothers are still not known, many have talked about the relationship and how things went sour toward the end of her life. The only known photograph of Monroe and the Kennedy brothers was taken after she sang “Happy Birthday” to JFK at Madison Square Garden for his 45th birthday.

The timeline of Monroe’s death is also something of a mystery. The account of her death in initial reports was that the housekeeper, Eunice Murray, noticed Monroe’s bedroom light still shining at around 3 a.m. Out of concern, she went up to the room and was met with a locked door. She called Dr. Greenson in panic, and he rushed to the house. He broke through a window and reached Monroe in the bed, where he believed her to be dead.

This scene from “The Seven Year Itch” became on of Monroe’s most well known.
(Getty Images )

Murray said in the documentary that after finding Monroe they called the police at around 4:25 a.m. Natalie Jacobs, the wife of Arthur Jacobs, Monroe’s press manager, said that the night of her death they were at the Hollywood Bowl for a concert and got news about Monroe at around half past 10. Upon receiving the gruesome news, they left the concert. She went home and her husband rushed to Monroe’s home. She told Summers, “My husband fudged everything off” but wouldn’t say why.

Summers looked deeper into what happened between 11 p.m. and 3 a.m. He talked to a member of the ambulance crew, Walt Schaefer, who said they took Monroe to Santa Monica Emergency. He said she was alive at home, although the public records say she was dead. After she died in the ambulance, Schaefer said she was brought back to her home. The exact time of Monroe’s death is still a bit of a mystery.

Even though there are still conspiracies swirling about the death of Monroe – whether it was suicide, murder or accidental, whether it had anything to do with her involvement with the Kennedys, and when exactly she died – after conducting his over three-year investigation, Summers believed that she died by suicide or an accidental overdose, as the reports show. He did, however, say he believed that the evidence suggested her cause of death was covered up because of her connection with the Kennedy brothers.

Monroe’s family was small, as she grew up in many foster homes and didn’t have any kids of her own. She did meet her half sister, Berniece Baker Miracle, in 1944.
(Michael Ochs Archives/Getty Images)

What happened to Marilyn Monroe’s son?

Although Monroe wanted children, she did not have any of her own. She was pregnant for a time when she was with Arthur Miller, the famous playwright, but she lost the baby. She had a handful of miscarriages throughout her career. Monroe had a difficult childhood, and was in and out of foster care and orphanages. She did meet her half-sister Berniece Baker Miracle in 1944.

Ashlyn Messier is a writer for Fox News Digital.