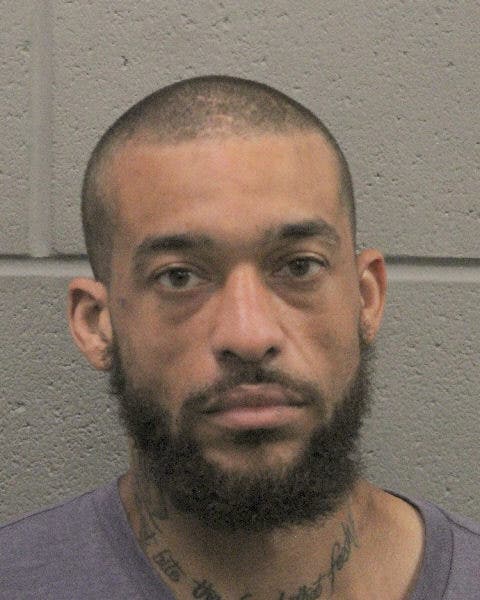 A Houston man was already facing potential prison time for allegedly burglarizing a home and running from police on foot while in possession of meth on Monday night.

Officers arrested him and took him to a hospital, but he likely made things much worse for himself when he allegedly broke out of the hospital on Tuesday morning, stole an ambulance, and led police on a car chase before getting arrested again.

Timothy Daniel Gisentaner, 34, was facing charges of burglary of a habitation, possession of methamphetamine, and evading on foot for the incident on Monday.

AUSTIN ON TRACK TO SHATTER HOMICIDE RECORD AFTER A BRUTAL JANUARY

Following the second arrest on Tuesday, police and the district attorney slapped him with three more felonies: evading in a motor vehicle, escape from custody, and theft.

The suspect crashed the stolen ambulance in a residential area and fled on foot.
(Fox 26 Houston)

The crime spree ended on Tuesday after police say Gisentaner crashed the stolen ambulance into a parked vehicle and ran into a nearby home.

A SWAT team used nonlethal ammunition to apprehend him and take him into custody on Tuesday afternoon after a standoff that lasted a few hours.

“He continued to banter with officers even after he was placed in custody, continuing to say that he was not going to jail,” Houston Police Department SWAT Commander Megan Howard said at a press conference near the scene.