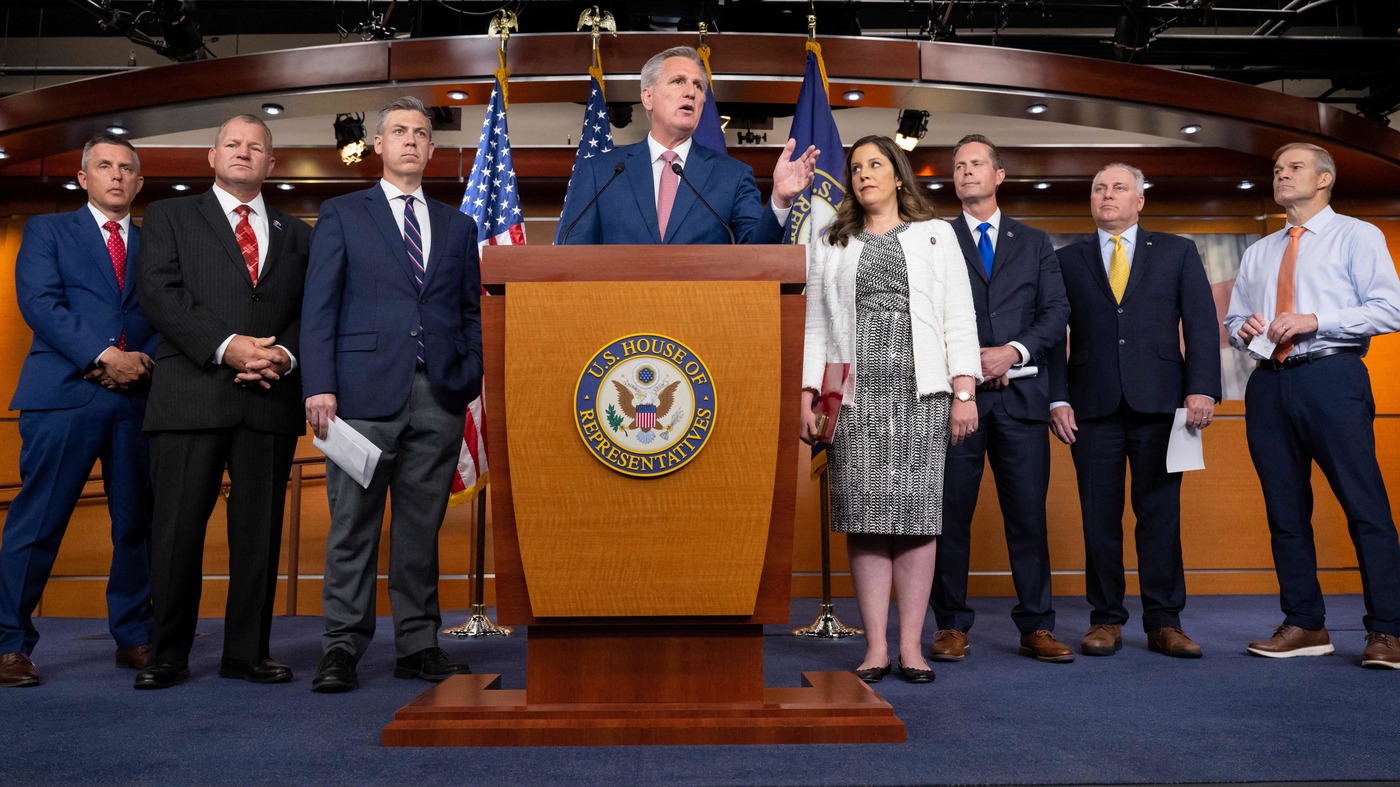 House Minority Leader Kevin McCarthy released the legislative roadmap Republicans will follow should they win the majority in this year’s midterms.

The “Commitment to America” includes four broad pillars focusing on the economy, safety, individual freedom and government accountability. Big on ideas (“expand U.S. manufacturing”) but short on policy specifics, the agenda is in keeping with tradition established in 1994 with Rep. Newt Gingrich’s “Contract with America,” where the minority party releases their agenda priorities ahead of Election Day.

Gingrich met privately with House Republicans today on Capitol Hill as lawmakers were briefed on the agenda before its unveiling.

House Republicans will next travel to suburban Pittsburgh on Friday to hold an event to tout the agenda as the 2022 campaign comes to a close in about seven weeks. While early 2022 GOP electoral strength has tightened in polls in recent months, the party is still favored to win at least a narrow majority in November, and McCarthy is poised to become speaker if the party succeeds.

Much of the agenda relies on traditional conservative orthodoxy — support for tax cuts and reductions in government spending — but also weighs in on some divisive cultural issues. For example, Republicans pledge to support legislation to ensure “that only women can compete in women’s sports” — which would seek to ban trans women from playing on women’s sports teams. Republicans also broadly pledge to advance federal legislation to restrict abortion access promising to “protect the lives of unborn children and their mothers.” The agenda also signals opposition to any legislation to restrict gun rights, pledging to “safeguard” the Second Amendment.

House Republicans’ legislative ambitions would be weakened by divided government; regardless of what happens with control of the Senate, President Biden is unlikely to support much if any of a partisan GOP agenda. But the majority would provide Republicans with oversight and investigative authority over the administration and they plan to use it.

Republicans will “conduct rigorous oversight” and “require the White House to answer for its incompetence at home and abroad,” with plans to hold hearings on: the origins of the coronavirus pandemic, the U.S. withdrawal of Afghanistan, the Justice Department’s investigation into former President Donald Trump and the alleged illegal possession of classified documents at his Florida estate.

Henry Connelly, a spokesman for House Speaker Nancy Pelosi, derided the Commitment to America as “doubling down on an extreme MAGA agenda.” Pelosi has been bullish that Democrats will defy historical trends and hold on to their majority. In particular, Democrats believe the Supreme Court decision to overturn a federal right to abortion access will tip competitive races in their favor. A pair of Democratic victories in House special elections in New York and Alaska have given the party cause for optimism that a “red wave” is not on the horizon.

“We fully intend to hold the House,” she told reporters last week, “And even though there are some among you who belittle my political instincts and the rest, I got us here twice to the majority, and I don’t intend to [give it up].”

Republican leaders have also made clear they plan to run the House differently than Democrats have, notably by promising to end the practice of remote proxy voting that was approved as an emergency measure in response to the pandemic.

“We’ve got many votes, big votes, where over 100 members of Congress weren’t even here in person voting, that will change under a House Republican majority,” GOP Minority Whip Steve Scalise, R-La., told reporters this week. Scalise intends to run for majority leader, a position that oversees the floor schedule and operations, if Republicans win control.