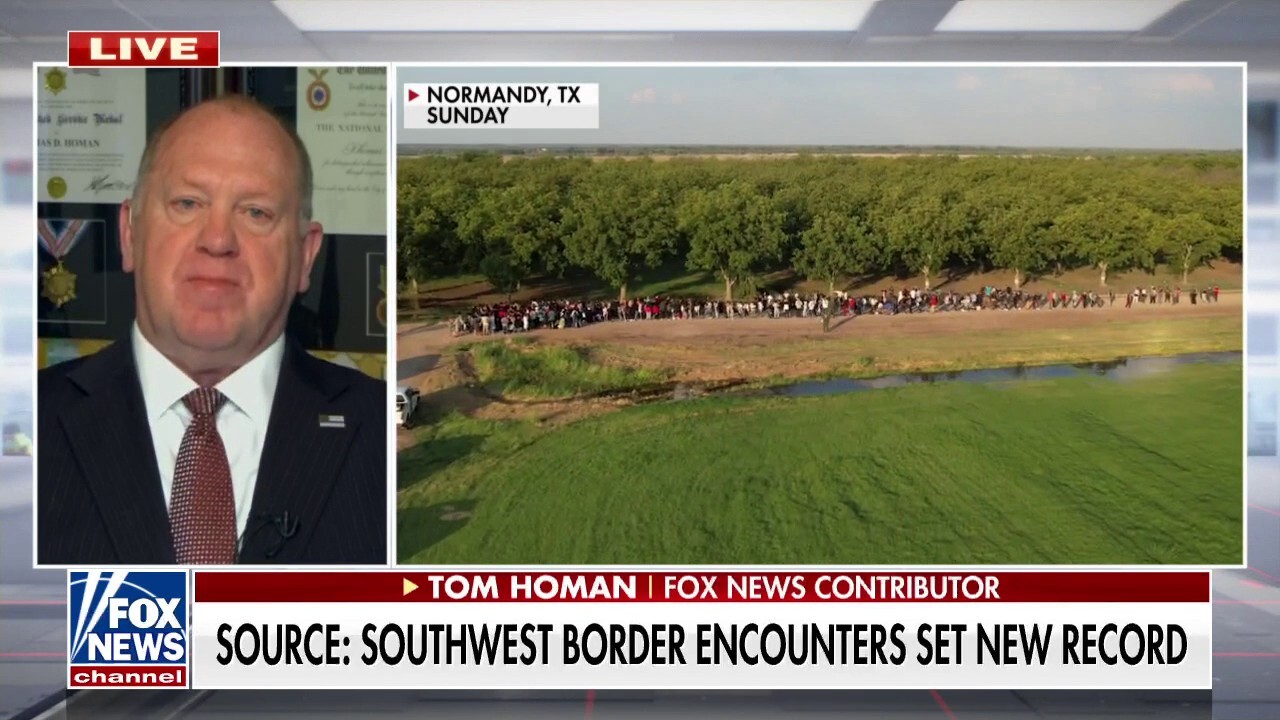 Customs and Border Protection sources have told Fox News that over 2 million migrants have been encountered at the southern border so far in the current fiscal year.

Former acting ICE Director Tom Homan joined “America’s Newsroom” Wednesday to address the surge and said DHS Secretary Alejandro Mayorkas is lying about the southern border and that he must be impeached.

A new report released by U.S. Customs and Border Protection shows that Border Patrol agents apprehended ten people on a U.S. terror watch list in the month of July.

The 66 people caught at the border in Fiscal Year 2022 is more than twice the numbers from the previous five years combined. In 2017, encounters with people on the terror watchlist truly were rare, as they numbered just two. That number jumped to 6 in Fiscal Year 2018, but then went down to three in 2019 and 2020. Fiscal Year 2021 saw a significant uptick, as there were 15 such encounters that year.

Homan said the influx is historic and emphasized that these numbers do not include got-aways.

“You’re looking at over 4 million encounters since Biden became president. You add to that, we’re at 900,000 got-aways now. They average about 50,000 got-aways a month.”

Homan did not hold back and claimed that DHS Secretary Mayorkas committed perjury by telling Congress that the southern border is secure.

“The man has zero integrity. He said the same thing while under oath, testifying in front of Congress. It was perjury. Day one, if the Republicans take back Congress, he needs to be impeached. He has violated the oath he took. He’s made this country less safe.”

Homan said it is time to return to the border policies of the Trump administration which created “the most secure border” of his lifetime.

Elizabeth Heckman is a digital production assistant with Fox News.