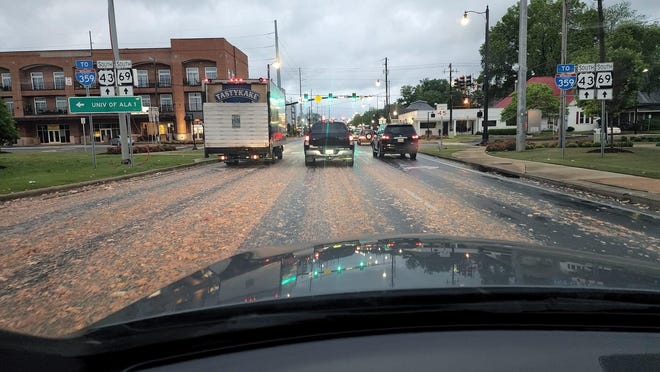 The raw chicken parts were spilled from a truck, covered all three lanes and caused some vehicles to slide across the road, authorities said.

Tuscaloosa police said raw chicken parts were spilled all over the Hugh Thomas Bridge and portions of the road on Tuesday. The substance was covering all three lanes and causing some vehicles to slide across the roadway.

A team from the Alabama Department of Transportation was dispatched to clean up the mess early Tuesday morning.

A city of Tuscaloosa truck spread sand over the area as part of the cleanup effort.

“Hold your nose and drive carefully if you’re coming through downtown Tuscaloosa this morning!” the Tuscaloosa Police Department wrote in a Facebook post.

Around 10:30 a.m., ALDOT said the road had been cleared and all lanes had been re-opened.

A spokeswoman for TPD said the department started receiving 911 calls at around 5:15 a.m. saying the road was slippery.