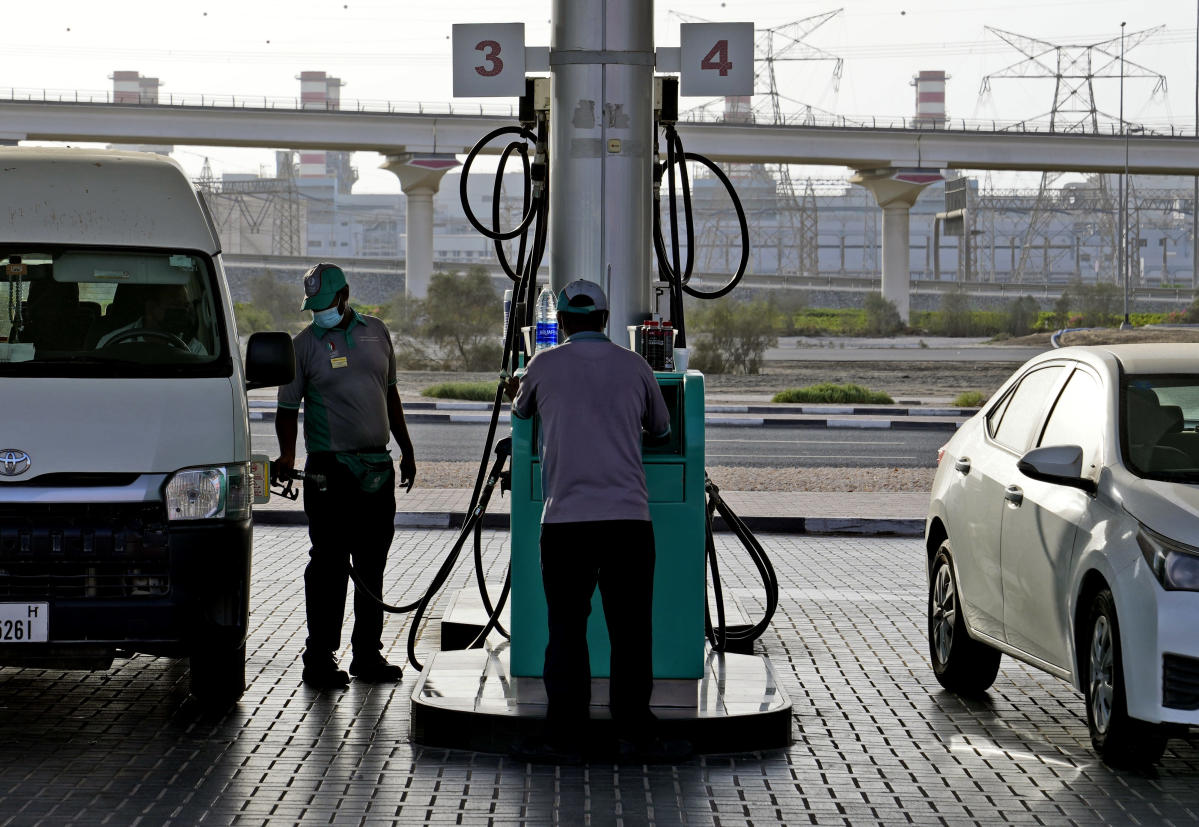 Fuel prices in the major OPEC producer, set in line with global oil price benchmarks, have soared over 70% since Russia’s invasion of Ukraine, accentuating differences with neighboring petrostates that heavily subsidize gasoline.

The contrast has stoked complaints among Emiratis who receive generous cradle-to-grave welfare and prompted the government to boost social spending for low-income citizens.

The UAE’s relaxing of fuel subsidies in 2015, which had been costing the government billions of dollars, put the country at the forefront of long-delayed fiscal reforms in the region as oil prices slumped. Even now, Gulf Arab rulers getting a windfall from sky-high oil prices know it can’t last forever, as the world’s economies move away from fossil fuels.

At about $1.23 a liter, or $4.66 a gallon after July’s price rise, the unprecedented fuel cost in the UAE remains below the grim records reached in the United States and Britain as the war in Ukraine unleashes the biggest commodity shock in decades. But the region’s citizens have long considered cheap fuel a birth right. In Kuwait’s lavish welfare state, the cost per gallon is nearly four times less.

Unlike for the rest of the world, the war is an unexpected boost to public finances for the UAE and its hydrocarbon-dependent neighbors. With the most diversified economy in the region, flashy Dubai has also benefited from an influx of wealthy Russians since the war.

But the recent price surge in the UAE has signaled the region is not immune to global market forces.

As pressure mounted last week, the UAE and Saudi Arabia allotted a combined $13 billion dollars in social spending for low-income citizens — an option clearly unavailable to the region’s less affluent economies such as Egypt and Lebanon, where the price of bread is surging and hunger is spreading.

Still in the UAE, where expats outnumber locals nearly nine to one, fuel price hikes are costliest for legions of workers from Africa, the Middle East and South Asia who power the economy. Inflation has cut into laborers’ already meager salaries, triggering a rare outburst of illegal strikes this spring.

Other Gulf Arab countries have also curbed state benefits to balance their budgets in recent years. But fearing backlash from angry consumers, none have gone as far as the UAE, where fuel prices are nearly double the average among Gulf Arab states.

The country can get away with this partly because the burden falls on its 9 million expat residents, experts say. Meanwhile, in Saudi Arabia — a country of 35 million, two-thirds of which are citizens — the government’s fuel price cap has kept inflation under control even as food costs have spiked.

“The impact is not really on the (UAE’s) local population,” said Nasser Saidi, an economist in Dubai. “They feel the fuel price increases, but they remain protected in terms of the social contract.”

The tiny Emirati population benefits from a generous welfare state that helps with everything: free education, health care and housing, grants for marriage, scholarships to foreign universities and well-paid government jobs.

That contract emerged across the region as rulers cashed in from the oil boom and distributed some of the bounty to citizens in exchange for political loyalty.

In times of windfall — and of discontent — governments know what to do: Spread the wealth. International benchmark Brent crude has surged some 50% over $100 a barrel since sanctions on Russia stoked fears of shortages.

“The outlays are a recognition that citizens know oil revenues are really high right now,” said Karen Young, a senior fellow at the Washington-based Middle East Institute. “This is a traditional mechanism of sharing.”

After the UAE’s latest fuel price rise, grumbling among Emiratis on social media and at traditional meeting spaces grew louder.

Last week, Sheikh Mohammed unveiled plans to double the state’s social support for low-income Emirati families — classified as those who make less than $6,800 a month. The $7.6 billion package will cover 85% of recent fuel price hikes and 75% of food inflation, among other things like housing allowances and support for job-seekers.

The government portal received so many applications that it crashed.

“The leadership listened to the streets,” said al-Amiri, who faced some backlash from some Emiratis online over his complaints. Citizens are careful about expressing public criticism lest it be taken for dissent, which is outlawed.

From Saudi Arabia, the world’s second-biggest oil producer, King Salman announced $5.33 billion in direct cash transfers to citizens “to protect beneficiaries from the effects of of global price rises.”

But that help will not reach those who need it most. Desperation over the cost of living is growing among the region’s low-paid migrant workers.

Uber drivers and food delivery riders who pay for their own fuel in Dubai say they’re barely breaking even. Riders for two main delivery companies went on strike over their slim salaries in May — defying the UAE’s ban on labor protests.

Uber said it would raise fares as much as 11% for some trips to account for new gas fees in Dubai, but some drivers say that’s inadequate.

Muhammed, a 38-year-old Uber driver from Nigeria, was drawn to Dubai 12 years ago by the prospect of good pay. But now he has vanishingly little to send home to his wife and newborn daughter.

“I can’t stay here anymore,” he said, giving only his first name for fear of reprisals. “I work in Dubai 12 years and I have nothing.”