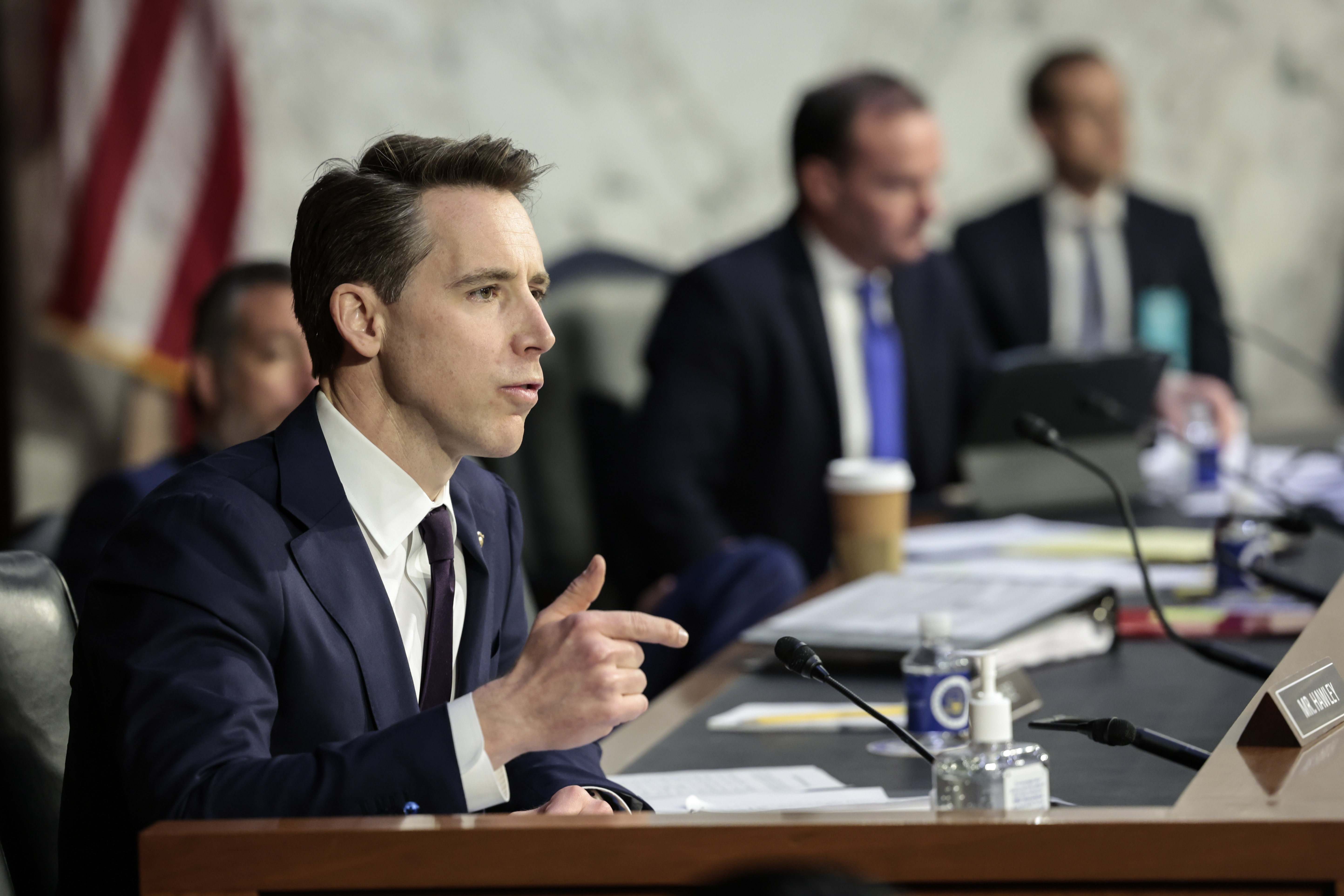 Masters is running in a competitive primary that also features state Attorney General Mark Brnovich, wealthy solar energy executive Jim Lamon, and retired Air Force Maj. Gen. Mick McGuire. While former President Donald Trump has endorsed Vance, he has yet to declare his support for a candidate in the Arizona primary, which is set for Aug. 2. Trump, however, recently said he would be endorsing in the race “in the not too distant future.”

Hawley, Masters, and Vance share deep ties — including a common benefactor: tech billionaire Peter Thiel. Thiel has contributed $10 million to a super PAC backing Masters, his former de facto chief of staff, as well as $13.5 million to another group bolstering Vance, a venture capitalist and the author of the book “Hillbilly Elegy.” Thiel, a PayPal co-founder and early Facebook investor who has emerged as one of the Republican Party’s most prominent donors, gave six figures to Hawley’s 2016 campaign for state attorney general and cut max-out checks to his 2018 Senate campaign.

Hawley and Thiel’s relationship dates back roughly two decades, to when the senator was an undergraduate student at Stanford University. The two have remained in touch since: They have made regular appearances at the National Conservative Conference, an annual populist-oriented gathering of high-profile conservatives. Thiel, Hawley and Vance were keynote speakers at last year’s conference in Orlando, Fla.

They also share an influential ally in Fox News host Tucker Carlson, who frequently uses his nightly show to take on Republican Party elites. Hawley is a regular guest on Carlson’s program, and Carlson has invited Masters and Vance to appear on his show ahead of their primaries this year.

Carlson has been complimentary of both: When Masters was on Carlson’s program earlier this year, the host called the candidate a “very smart guy” and said “we’re rooting for him.” And he praised Vance when the Ohio candidate appeared on his program last week, telling the candidate that if he was elected, Washington Republicans were going to “become completely unhinged and hysterical, which is always a measure of your effectiveness.”

Hawley, who rose to prominence in 2020 for opposing certification of the presidential election results, has repeatedly denied interest in running for president in 2024. But he has played a growing behind the scenes role supporting Masters and Vance — at the very least bolstering potential ideological allies in the Senate and, perhaps, cultivating high-profile supporters for a future national campaign, should he run.

Shortly before Masters launched his candidacy last summer, Hawley reached out to him by phone to encourage him to run for Senate, according to one person familiar with the conversation. When Masters traveled to Washington in December, the two met for around 45 minutes.

Hawley has also been vocal in his support for Vance, tapping his growing small-dollar fundraising list to help fill the Ohio Republican’s coffers. Hawley and Carlson were among those who encouraged Trump to endorse Vance ahead of Ohio’s May 3 primary.

Whether Hawley engages in other races remains unclear, though advisers say he is being courted by candidates for his support. He has also endorsed in his home-state Senate race, where he is backing Rep. Vicky Hartzler in the race to succeed GOP Sen. Roy Blunt, who is retiring.

Regardless of whether Hawley is preparing to run for president, many Republicans are convinced the Missouri Republican is positioning himself to play a bigger role in GOP politics.

“He is smartly doing what he can to help elect some ideological allies to join the fight with him,” said Andy Surabian, a Republican strategist who is advising Vance and a pro-Masters super PAC.