Hawaii’s threatened species: What to know about protected wildlife on the islands 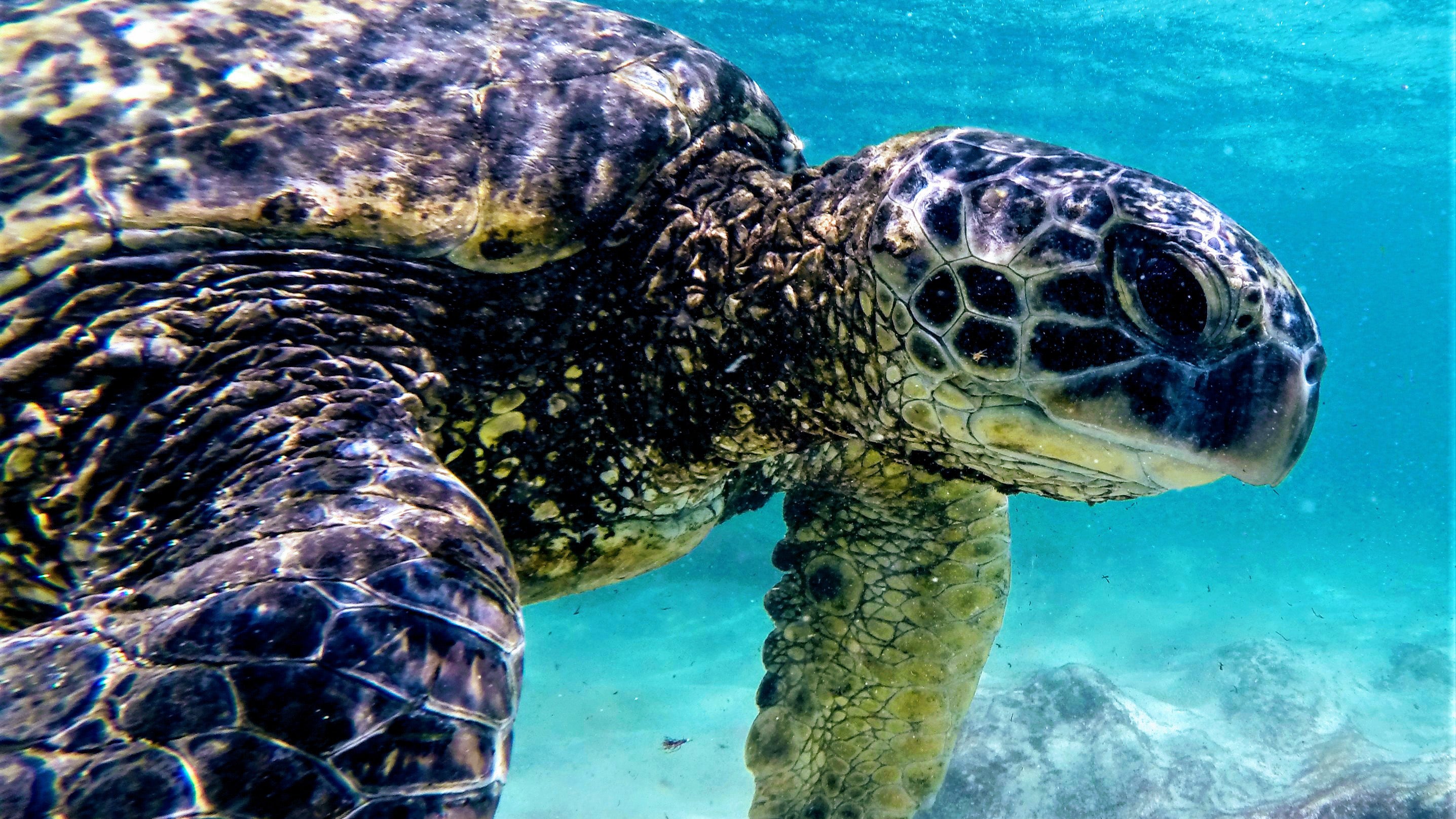 The Hawaiian Islands are home to some amazing and unique animals.

But as some populations of these animals are seeing their numbers decline, it becomes a civic duty for all to help protect dwindling species that are key to Hawaiian culture.

Fox News Digital talked to Ryan Jenkinson with the Hawaii Department of Land and Natural Resources (DLNR); he’s a member of the protected species and aquatics resources division.

Jenkinson said the department’s aim is to strike a balance between human interaction and animal protection.

A Hawaiian monk seal blends into the scenery while sunbathing on a beach in Ko Olina, Oahu, HI, on March 27, 2022. (Danielle Pellini)

With that goal in mind, Jenkinson stressed that the harassment of certain species is a federal offense — as well as a failure to respect the people of Hawaii.

HAWAII’S HIDDEN TREASURES INCLUDE THESE HISTORIC WAR MONUMENTS IN OAHU

“These animals are such an important and vital part of the culture here,” he said. “So by getting close [to them] to get a picture … not only is it harassing the animal, but it’s honestly disrespectful of the people here.”

The next time you venture out to these beautiful islands, here’s what you should know about some of Hawaii’s threatened and protected species.

The Hawaiian monk seal is not only one of Hawaii’s greatest cultural icons, it’s also one of the rarest mammals in the world.

A Hawaiian monk seal basks on a beach in Hawaii. (Ryan Jenkinson/Department of Land and Natural Resources, Hawaii)

The native monk seal is severely endangered, with only 1,400 seals left on Earth.

The gender ratio is split 50-50, so the 700 female seals that are able to bear young are especially protected.

Jenkinson warned beach goers who may encounter monk seals to beware of mother seals either pregnant or with pups, as they can become aggressive, especially in the water.

“Be really careful around them because they’re such valuable animals in the context of trying to recover the species as a whole,” he said.

The monk seal earned its name for its solitary nature. This species of seal tends to travel alone; the animals forage for food deep in the ocean, then come up to shore to find warm, cozy places to lay out on the beach.

“They don’t do a lot,” the expert said, chuckling. “They just sleep. They get warm in the sun.”

Green sea turtles, also known as honu, are an integral part of Hawaiian culture, but their population numbers are questionable.

A green sea turtle pokes its head out of the water while swimming in Hawaii. (Ryan Jenkinson/Department of Land and Natural Resources, Hawaii)

The hawksbill sea turtle is the most rare and endangered; these creatures are hard to spot, since they hang out in more remote areas.

Although it’s difficult to tell the difference between the two types of turtle, the more common green sea turtle is listed as threatened under the Endangered Species Act, as its population has been increasing about 5% every year.

The green sea turtles that stick to Hawaii’s waters are among the few in the world that will crawl out to shore.

Visitors should be sure to give the turtles 20 to 30 feet of space to avoid spooking them and forcing them to exert limited energy.

“Be super-stoked on the experience that you have with these animals around, but don’t harass them. Don’t chase them around,” Jenkinson advised.

“Stay back out of respect for the people here and the animals.”

Green sea turtles can live to be 70 years old. Some females don’t even begin reproducing until they’re about 30 years old — only then coming on shore to lay their eggs.

Another view of a green sea turtle as it swims in the waters of Hawaii. (Ryan Jenkinson/Department of Land and Natural Resources, Hawaii)

“They’re nesting like crazy on the main islands now,” he commented. “I don’t know a lot of other animals that wait that long to be reproductive.”

Sea turtle nests can look like a large pit — so think twice before building a bonfire in ruts on the beach.

False killer whales are not what you’d expect.

The small whale got its name from its skull structure, which is similar to the iconic orca — but the false killer whale is almost dolphin-like.

There are only an estimated 150 of these whales left in Hawaii. That’s a number so low that experts worry about the species’ existence, especially since Hawaii’s false killer whales don’t mate with whales from foreign pods.

These whales are known for being extra social around humans. Authorities recommend that any sightings by fishermen or others be reported.

Since these insular whales live in very tight family units and tend to divvy up their food among their group, they will also, on occasion, swim up to boats and plop down their catch of the day on deck to share with the fishermen, too.

Even though this kind of behavior can be viewed as adorable, Jenkinson advised travelers against any inclination to jump in the water and join a bunch of new whale friends.

Spinner dolphins are not listed as endangered or threatened, but it’s still important that the public approach these commonly seen dolphins with caution.

Many tour operators, promoting swimming-with-dolphin excursions, will take advantage of the fact that dolphins sleep in pods, Jenkinson suggested. The presence of numerous swimmers near sleep-deprived dolphins is bound to drive them away.

“Look for tour operators that tell you that they’re not just going to drive up to a group of them and throw you in the water,” Jenkinson said. “They’ll be respectful about the space.”

“We just ask visitors to be respectful of all wildlife … Try not to disturb them.”

The same applies with sharks. While there’s nothing illegal about swimming with sharks as part of a tour, experts advise against approaching any sharks in the water.

“They’re still sharks — they will bite you,” said Jenkinson. “They are for the most part pretty mellow, even the big tiger sharks.”

Pelagic species like white tip sharks, which are listed under the Endangered Species Act and protected by the state, often get tangled in fishing wire; Jenkinson said any white tip shark spotting should be reported. These sharks are easily identifiable by the white pattern on their fins.

The Hawaiian goose, also known as nene, is in the process of recovery, since its kind dwindled to only 30 birds in the 1950s.

DLNR forestry and wildlife division’s Josh Atwood told Fox News Digital that there have been various efforts to restore the native species. He advised against approaching nene — Hawaii’s state bird — if encountered.

“The species here in Hawaii are very much a part of Hawaii’s culture and our day-to-day life,” he said. “We just ask visitors to be respectful of all wildlife … Try not to disturb them.”

Atwood mentioned how Hawaii has a “really high” number of nearly 600 federally listed, threatened species as a whole, including forest birds, whose reduction is concerning.

Visitors are unlikely to directly encounter birds such as the ‘Akikiki and ‘Akeke‘e, since so much of the species has already been lost; but an awareness of the Hawaiian landscape can help protect the birds’ habitat. For example, Atwood suggested cleaning off hiking boots before trekking up into the mountains and trailing in foreign seeds and diseases.

In a statement last week, DLNR said it is forecasting “grim prospects” for some of Hawaii’s honeycreeper birds, whose populations are being depleted due to invasive mosquitos spreading avian malaria.

There are only 45 remaining ‘Akikiki left on Kauai and 135 Kiwikiu birds left on Maui — both facing the risk of extinction within the next two years.

“The report paints a grim future for the birds,” the release stated. “There are many fewer birds when compared to the last two decades and their available range has been significantly reduced as species move higher into the mountains to escape mosquitoes.”