Harrison Ford’s 80th birthday: A look back at some of his best roles 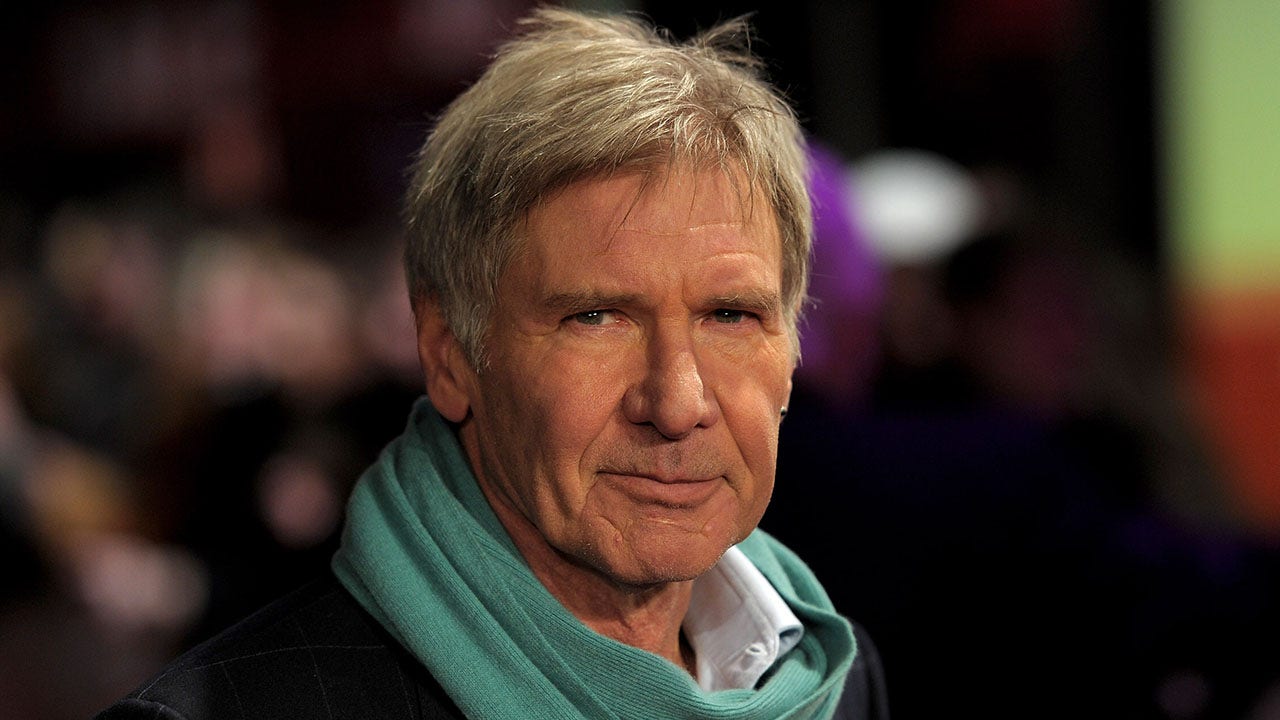 Harrison Ford turns 80-years-old Wednesday and has a lot to celebrate.

Since starting his career in 1966, Ford has had several iconic roles. Whether he is playing Han Solo, space smuggler and captain of the Millennium Falcon, or Indiana Jones, an archeology professor turned adventurer, Ford never fails to excite audiences.

His decades-long career shows no signs of stopping as he continues to sign on for more projects, including a highly anticipated fifth Indiana Jones movie.

“I retire every time I’m done with a movie. Then I go back. You know, I enjoy sleep. But I love to work; it’s fun for me,” Ford said in a 2015 interview with Rolling Stone. “As long as it continues to be fun, and I’m tolerated by the people around me, I will do it.

Check out his top movie roles below:

“American Graffiti” was Harrison Ford’s first big role and was the first time mainstream audiences saw him in a bigger role.
(Getty Images)

A list of Ford’s career accomplishments cannot exist without including his first major feature film, “American Graffiti.” While he did not have many lines in the film, it was the first time mainstream audiences saw him in a larger role.

Ford played Bob Falfa, a drag racer who instigated a drag race with main character John Milner. Many of Ford’s scenes involved him sitting behind the wheel of his car giving sultry looks to the camera, which won over the female audience.

The film was directed by George Lucas, which may have contributed to Ford’s casting in the original “Star Wars” trilogy a few years later.

Ford initially was not a big fan of the film, however 30 years after the release of the movie, he changed his tune and decided to return for its sequel in 2017.
(Sunset Boulevard/Corbis)

While “Blade Runner” was not a major success during its initial release, it has since been referred to as a classic. In this film, Ford plays what is known as a replicant hunter. He is tasked with tracking down four escaped replicants; however, prior to starting his mission he meets and falls in love with a replicant named Racheal, making his job much harder.

While Ford was initially not a big fan of the film due to some issues he had on set, he changed his mind and decided to return for its sequel 30 years later in 2017.

He now appreciates the impact the film had on filmmakers and audiences alike and can even acknowledge the influence it has had on his own life.

“The Fugitive” garnered Harrison Ford his third Golden Globe nomination out of a total of four.
(Getty Images)

In one of the most critically acclaimed roles of his career, Ford played a doctor on the run after being accused of murdering his wife. In “The Fugitive,” Ford’s character Dr. Kimble is convicted of first degree murder after his wife’s true murderer fled the crime scene. After escaping while being transported to prison, Kimble manages to escape and begins the hunt for his wife’s actual murderer.

This role garnered Ford his third Golden Globe nomination out of a career total of four. The film was a huge box office success, spending six weeks as the number one movie in the United States. It was nominated for seven Academy Awards, including one for best picture.

Harrison Ford starred as Indiana Jones in five different movies, starting from the 80s all the way to 2023.
(Getty Images)

Ford portrayed archeologist Indiana Jones in four different movies, starting with “Raiders of the Lost Ark” in 1981. In the first movie, he is fighting against Nazis. In the second installment, he is in search of an ancient stone and the evil it threatens against those who touch it. In the third feature, he is searching for his missing father. This role was a departure for Ford, and fans were shocked to see him in this kind of role.

The first three movies came out in the 80s, and the fourth installment was released almost 20 years later in 2008. This move also stars Shia Labeouf, as they try to stop the Soviets from getting back in power.

He recently announced a fifth Indiana Jones movie, which is expected to be released in June 2023.

“We have almost completed the next Indiana Jones film, featuring the music of John Williams,” Ford said to Entertainment Weekly. “And I had a wonderful experience working with James Mangold, with Kathy [Kennedy] and Frank [Marshall] again. I’m really proud of the movie that we made.”

From 1977 to 1983, Ford made his mark as Han Solo, a smuggler for Jabba the Hut during Darth Vader and Emperor Palpatine’s reign in the original Star Wars trilogy. Fans could not help but watch as Solo and Princess Leia fell in love over the course of the three movies and were happy to know they ended up together when they both appeared in the sequel trilogies in 2015.

The original cast of the initial trilogy, including Ford, all returned for the first sequel film, “The Force Awakens,” in 2015. It was rumored that Ford no longer wanted to continue portraying Han Solo, and; therefore, the character was killed off and did not appear in the subsequent two movies. He initially wanted the character to die at the end of the last film.

“I was surprised,” Ford admitted to GQ after getting the call to return as Solo. “It was proposed that I might make another appearance as Han Solo. And I think it was mentioned, even in the first call, that he would not survive. That’s something I’d been arguing for for some period of time…so I said okay.”

Calista Flockhart and Harrison Ford have been together for 20 years. They are pictured at HBO’s Official Golden Globe Awards After Party at The Beverly Hilton Hotel.
(Photo by FilmMagic/FilmMagic)

One of Ford’s best roles is that of husband to his wife of 12 years Calista Flockhart. The two have been a couple since meeting at the 59th Annual Golden Globe Awards in 2002. The two dated for seven years before Ford proposed in 2009 on Valentine’s Day. They were married the following year in New Mexico.

The couple is notoriously private; however, their occasional appearances on the red carpet together throughout their 20-year romance prove their love for each other is strong. They have one child together, a son who Flockhart adopted in 2001, shortly before meeting Ford.  Later, Ford filed to adopt the boy, Liam Flockhart Ford, and legally became his father.

“I’m in love,” Ford said in a 2003 interview with Hello Magazine. “Romantic love is one of the most exciting and fulfilling kinds of love and I think there is a potential for it at any stage of your life. I was not surprised that I was able to fall in love, and I wasn’t surprised that I did.”

More recently, Ford jokingly told Parade that the secret to a happy marriage is to “don’t talk” and instead “nod your head.”