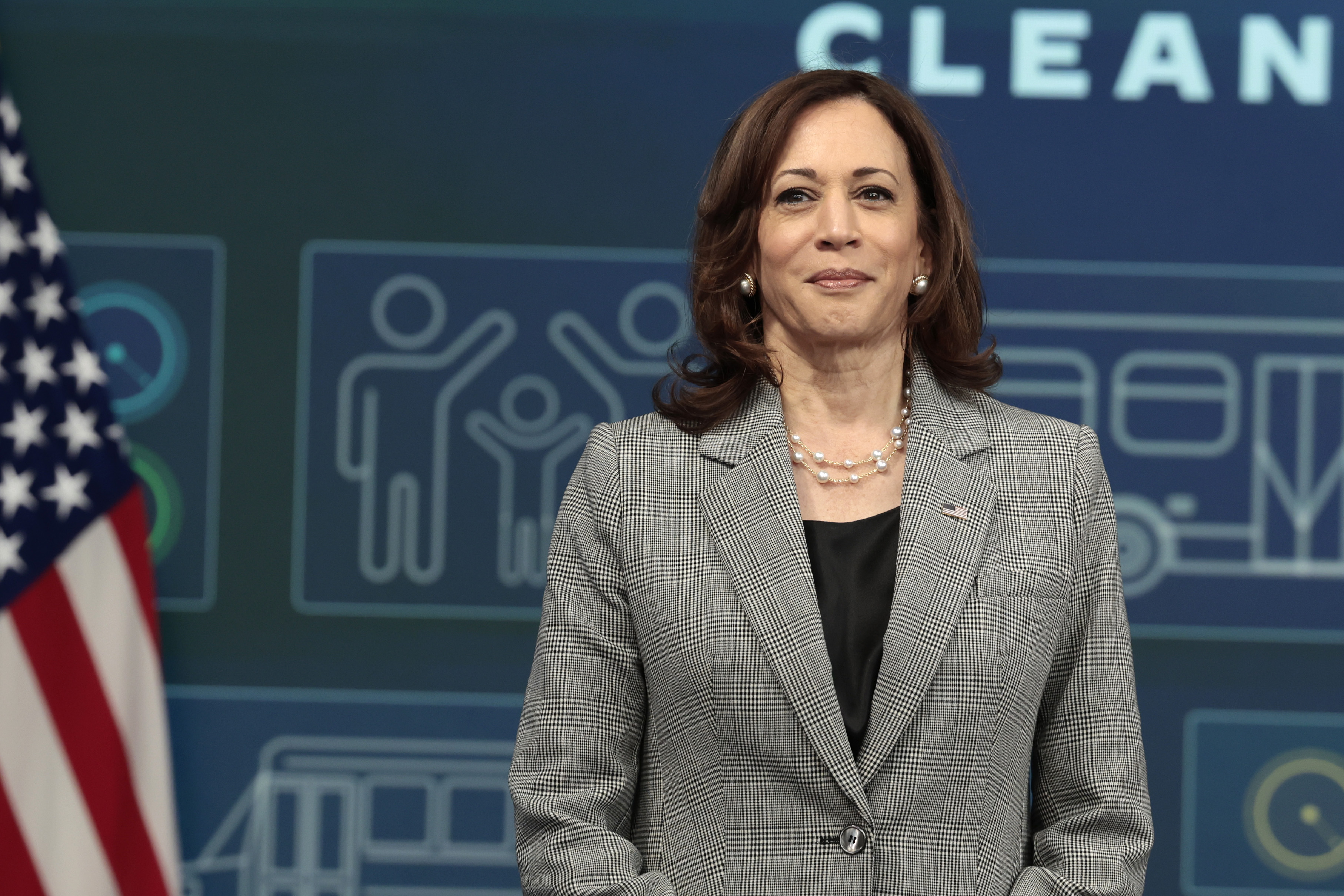 She has been described by colleagues as thoughtful and strategic but tenacious when she’s making an argument internally. As the U.S. pours billions of dollars of weapons into Ukraine, she also has been heavily involved in the Russia-Ukraine “Tiger Team,” which has been gaming out potential contingencies of the conflict to help the Biden administration stay ahead of the war. Lissner and the team have also worked closely with the interagency process to plan for Russia’s next moves and how to respond.

“Rebecca has been a tremendous member of the team and her promotion is well-earned. I’m very glad that we will continue to work together in her new capacity,” national security adviser Jake Sullivan said in a statement.

After coming into the vice presidency with relatively little foreign policy experience, Harris has recently taken on a broader portfolio. One White House official pointed out that she has spoken to more than 65 different world leaders since taking office, either in person or on calls.

While she had a nebulous role her first year as VP and couldn’t travel as much because of the pandemic and her role as a tie-breaker in the Senate, since last August she’s gone on several trips — to Southeast Asia and western and eastern Europe. She also met with Ukrainian President Volodymyr Zelenskyy right before the invasion and seven other world leaders at the Munich Security Conference.

Harris is in the middle of a major staff overhaul on multiple teams, with aides every month this year announcing they’re heading for the exits, including her national security adviser Nancy McEldowney. Philip Gordon, who most recently was Harris’ deputy national security adviser and also served in the Obama and Clinton administrations, replaced McEldowney. Besides Lissner, Harris recently added former State Department hand Dean Lieberman to be a special adviser and speechwriter.

“Rebecca is a brilliant strategist who will be a huge asset to the Vice President because of her global perspective and deep knowledge of both policy and process,” said Gordon. “She has been a great colleague and I am thrilled to work more closely with her.”

Lissner, who starts in the coming weeks, will be replaced by longtime Brookings Institution foreign policy scholar Tom Wright, who will be special assistant to the president and senior director for strategic planning. Wright, who did a Ph.D. in Georgetown in international relations and was born in Ireland, is currently senior fellow and director of the Center on the United States and Europe. He is entering government for the first time.

For more than a decade, Wright, a contributing writer at The Atlantic, has written extensively on great power competition and how best to address threats from Russia and China, U.S. foreign policy generally and the future of Europe. During both the Obama and Trump administrations, he called for the U.S. to adopt a more competitive strategy on China.

Wright has been skeptical of resets with Russia and engaging with Russian President Vladimir Putin and has argued that Russian and American interests were opposed to them given how Putin defines them. In his 2017 book “All Measures Short of War,” he wrote about the return of major power competition, while in “Aftershocks: Pandemic Politics and the End of the Old International Order,” written with Pentagon policy chief Colin Kahl, he wrote about the geopolitical impact of the pandemic and how it has shaped Chinese actions.

While Biden officials before the invasion said the sanctions threats were intended to deter Russia from invading, Wright wrote in the Atlantic in early February that “little historical evidence suggests that sanctions alone can provide enough punishment to deter a major power from doing something it really wants to do. Moreover, Putin has long pursued national resilience to prepare his country to weather that storm.”

He also advocated for more robust support of NATO frontline states, writing on Twitter in late February: “Can’t believe this needs to be said — it would be a strategic mistake to abandon Poland and leave it to face the Russian army on its border alone.”

In concert with Gordon — whose former role she is stepping into — Lissner, who graduated from Harvard and received a Ph.D. from Georgetown, will manage a team of around 10 policy professionals who are drawn from different federal agencies and other employees who work with the interagency to carry out Harris’ priorities, which have recently become more weighted toward supporting European allies as they deal with the fallout of Ukraine and face down Russia.

“I’m the granddaughter of Holocaust survivors so international politics and policy have always felt very immediate and salient for me and my family and that’s why I got into this business in the first place and I’m committed to ensuring that America remains a force for good in an increasingly challenging world,” she said in a brief interview.

Lissner, who also worked in the Energy Department in the Obama administration, joined the White House at the start in January 2021 after being a foreign policy adviser to the Harris and Biden campaigns. Before entering government, she was an assistant professor at the U.S. Naval War College in Newport, Rhode Island, and during the Trump years served as a scholar at the University of Pennsylvania and Columbia University.

Lissner is the author of two recent books “Wars of Revelation: The Transformative Effects of Military Intervention on Grand Strategy” and “An Open World,” which drew a favorable book jacket endorsement from former Trump Defense Secretary Jim Mattis.