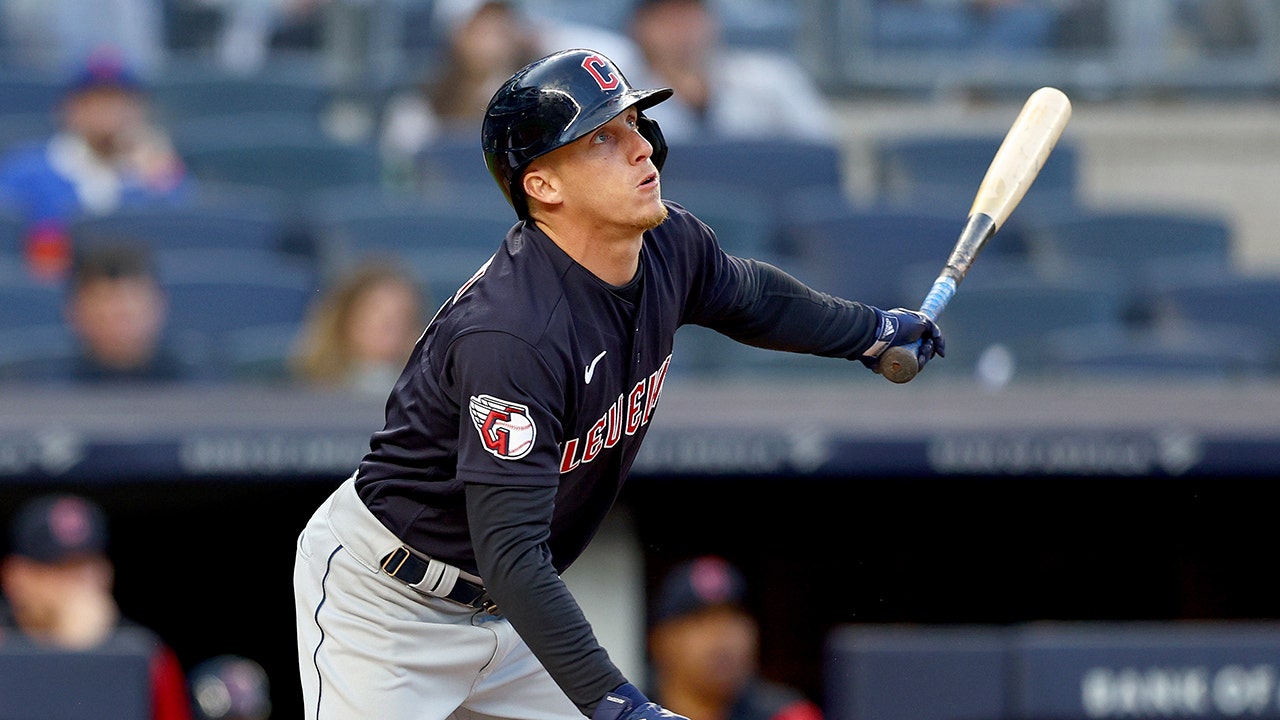 Cleveland Guardians outfielder Myles Straw slammed New York Yankees fans as the “worst fan base on the planet” after this weekend’s garbage-pelting incident but a video circulating on social media this week shows Straw seemingly engaging in trash-talking right before the crowd unleashed.

Video from the perspective of a fan in left field appeared to show fans mocking Guardians outfielder Steven Kwan, who was injured trying to make a catch but collided with the wall.

“Stay down, Kwan,” one man is heard shouting.

Cleveland Guardians’ Myles Straw climbs the left field wall to talk with a fan during the game in New York against the Yankees on April 23, 2022.
(AP Photo/Frank Franklin II)

As Straw and the outfielders stare down the chirping fans, someone shouts, “Get mad, get mad!” prompting him to scale the wall and repeatedly shout, “Hit me motherf—er.”

Closing in on their eventual comeback victory, fans began hurling bottles, cans and debris at the Cleveland outfielders in the ninth inning. Stars Aaron Judge, Giancarlo Stanton and other New York players rushed toward the wall to try and control the crowd.

After the game, Straw said the Yankees fans were “classless,” and called them the “worst fan base on the planet.”

Members of the Cleveland Guardians react after fans throw debris on the field at Yankee Stadium on April 23, 2022, in New York.
(Rob Tringali/MLB Photos via Getty Images)

“They need to be held accountable, and I think there should be rules set up for that because that’s ridiculous and that should not happen,” Cleveland’s center fielder Oscar Mercado said of the fans. “Say whatever you want to say and do whatever you want to do. But, at the end of the day, there’s got to be consequences for behavior like that.”

Guardians manager Terry Francona said after the game that Straw was “sticking up for his teammate.”

Myles Straw of the Cleveland Guardians gets a hit against the New York at Yankee Stadium on April 22, 2022, in the Bronx.
(Elsa/Getty Images)

“Kid’s out there bleeding, checking him for a concussion,” Francona said, via Bally Sports Cleveland. “I just think probably emotions got a little out of control. Regardless, I don’t think people can throw stuff at our players on the field. That’s never gonna be OK.”