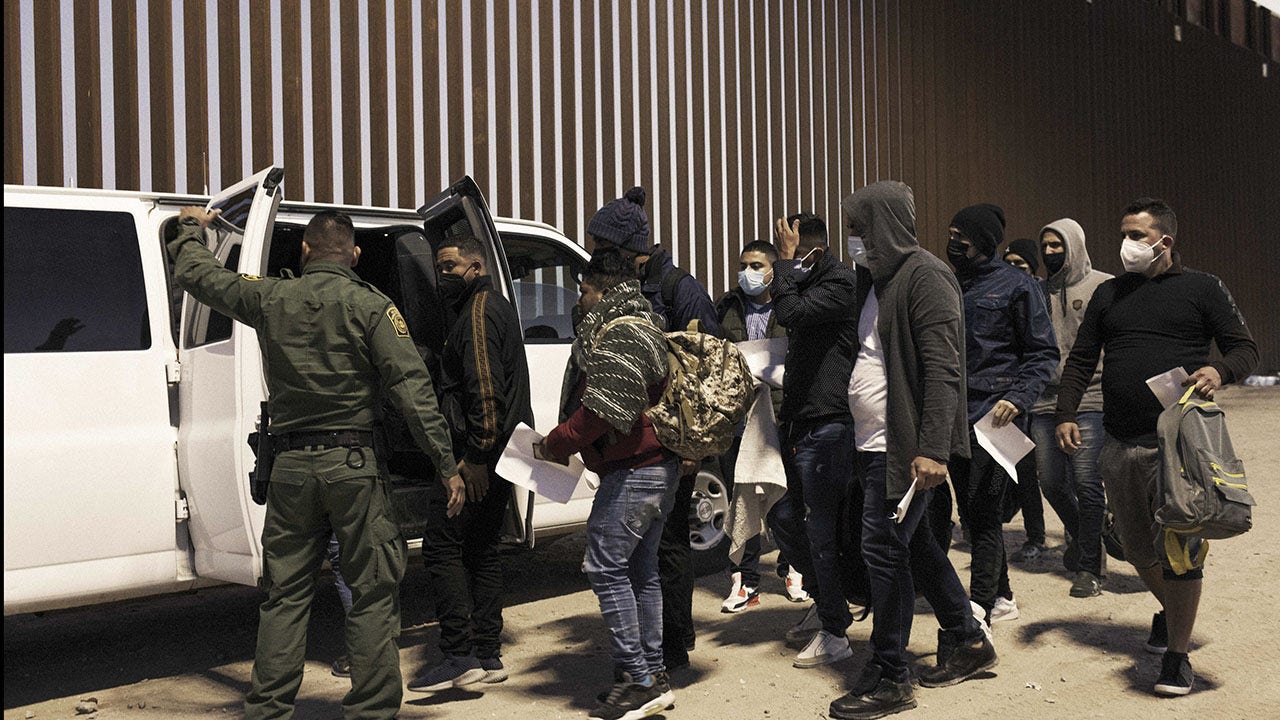 PORTSMOUTH, N.H. – Democratic Sen. Maggie Hassan of New Hampshire teams up on Tuesday with President Biden at an event in her home state to showcase the $1.2 trillion bipartisan infrastructure measure the president signed into law last autumn.

Spotlighting the landmark legislation, the biggest infusion of federal dollars in decades to rebuild the nation’s crumbling infrastructure, is an issue that could benefit Hassan – a former governor and first-term senator – as she faces a likely challenging re-election this year in a key battleground state amid a very difficult political climate for Democrats.

But when it comes to another important issue on the minds of voters – border security and immigration – Hassan is breaking with the president.

With just over a month to go until the Biden administration rescinds a Trump-era pandemic restriction known as Title 42, which allowed officials to rapidly expel asylum seekers that crossed U.S.-Mexico border, Hassan is one of a growing number of Democratic Senate incumbents and candidates running in November’s midterm elections who are voicing serious concerns over the move.

“My trip to the southern border reinforced my concerns about the administration preemptively ending Title 42,” Hassan said after touring the U.S.-Mexico border in Texas and Arizona in early April. “Border agents were very clear with me that the end of Title 42 will lead to a steep increase of attempted crossings that they will not be able to effectively handle because they don’t have enough resources.”

Title 42 was an order issued by former President Donald Trump’s administration amid the coronavirus outbreak. It was used by both the Trump and Biden administrations to expel a majority of migrants at the border.

While it is a public health order, not an immigration policy, it became one of the central border policies in place as the U.S. faces a continuing crisis of numbers at the border. And the Biden administration’s move came after more than a year of pressure from fellow Democrats amid frustration with the inability to end a policy they view as illegal and cruel to those fleeing persecution.

U.S. immigration authorities carried out 109,549 expulsions under Title 42 in March, which represented nearly half of all migrant apprehensions last month. And last September, in a development that grabbed national headlines, the Department of Homeland Security (DHS) cited Title 42 as it deported roughly 7,000 asylum-seekers from Haiti who had huddled at the international bridge in Del Rio, Texas.

Migrants are seen at the Rio Grande near the Del Rio-Acuna Port of Entry in Del Rio, Texas, on Sept. 18, 2021.
(Getty Images)

The order by the Centers for Disease Control and Prevention (CDC) to lift the restrictions on May 23 could become another political liability for the president and his party, which already face major headwinds and an unfavorable political climate partially fueled by soaring inflation and skyrocketing gas prices. The Democrats are trying to hold onto their razor-thin majorities in the House of Representatives and Senate in November’s midterm elections, as well as trying to make gains in gubernatorial and state legislative contests across the country.

Hassan is far from the only Democratic senator raising concerns.

“Right now we have a crisis on our southern border,” Sen. Mark Kelly of Arizona said last week after meeting with U.S. Customs and Border Protection officials at the Douglas Port of Entry along the U.S.-Mexico border.

“Title 42 was put in place because of a public health emergency. It shouldn’t be around forever, but right now this administration does not have a plan. I warned them about this months ago,” Kelly told reporters.

And he said the administration’s reaction has so far been “unacceptable.”

Two other first-term senators from key swing states that also face tough re-elections in November – Sens. Raphael Warnock of Georgia and Catherine Cortez Masto of Nevada – have also come out against the move to lift Title 42.

Sen. Gary Peters of Michigan, the chair of the Democratic Senatorial Campaign Committee, which is the Senate Democrats’ re-election arm, has also voiced concerns.

Two lieutenant governors who are the front-runners in Senate Democratic primaries in two battleground states – John Fetterman of Pennsylvania and Mandela Barnes of Wisconsin – are on the growing list of Democrats opposing the rescinding of Title 42.

Fetterman told Politico this past weekend that “we should not end Title 42 until we have a detailed plan in place.” And Barnes told the Milwaukee Journal Sentinel last week that he opposes lifting the restrictions “simply because there’s not a detailed plan in place so that we can keep asylum seekers and people in the country safe.”

And Democratic Rep. Val Demings, who is challenging Republican Sen. Marco Rubio for his seat this November, also came out against ending the policy, with a spokesperson telling Politico, “Until there is a plan to put more boots on the ground and support our law enforcement officers at the border, Chief Demings does not support lifting Title 42.”

Rubio’s campaign questions whether the change in Demings’ position is genuine.

“Congresswoman Val Demings will say anything to get elected, and now she expects Floridians to ignore her consistent record of voting in favor of illegal immigration, which fueled the border crisis and made our communities less safe,” Elizabeth Gregory, a spokesperson for Rubio’s campaign, said in a statement.

Migrants board a U.S. Customs and Border Protection vehicle in Yuma, Arizona, on Feb. 17, 2022.
(Nicolo Filippo Rosso/Bloomberg via Getty Images)

Title 42 is also a major issue in this year’s gubernatorial showdown in Texas.

“It does not make sense to end this until there is a real plan and the capacity in place to handle those and address those that come over,” Texas Democratic gubernatorial nominee Beto O’Rourke argued this week.

“I have yet to hear a plan from the Biden administration to address the dynamic we will have on the border once Title 42 ends,” the former congressman from El Paso, 2018 Democratic Senate nominee in Texas, and 2020 White House contender said Tuesday in an interview with the Texas Tribune.

A couple of public opinion polls conducted since the administration’s announcement on Title 42 indicate majority opposition to rescinding the immigration restrictions. And with border crossings over the past 14 months at historic highs, the GOP sees the Title 42 announcement by the Biden administration as fresh ammunition on the campaign trail.

“American communities are less safe under Democrat control and that isn’t a record any vulnerable senator should want,” the National Republican Senatorial Committee, the Senate GOP re-election arm, argued on Monday.