GREG GUTFELD: This is the face of the Republican Party and the Democrats are scared 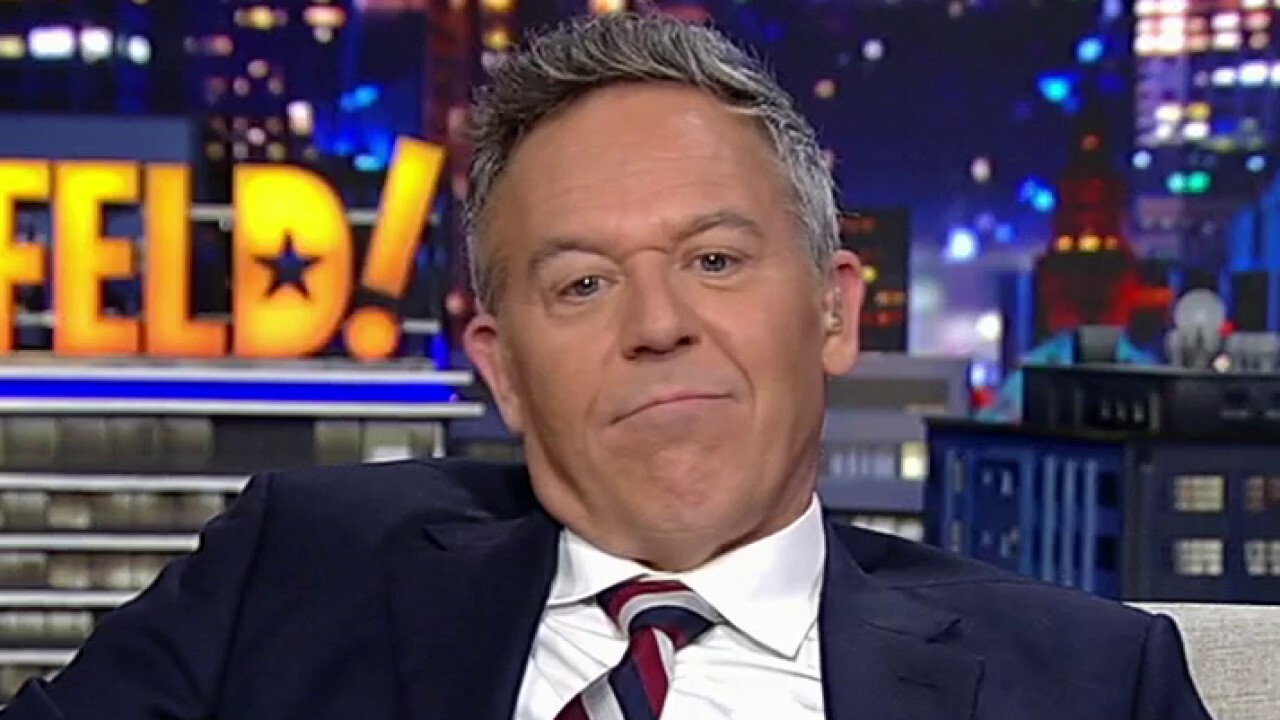 Happy Wednesday, everyone, what a great show we have tonight. I’m so excited Jared Kushner has joined us this evening. If you look closely, you can see the regret starting to take shape on his face. And for some reason, we welcome back Mike Baker. Let’s hope he can complete a sentence using only 50 “umms” and 24 groans. Mike Baker, when you need a coherent thought in 24 hours, don’t call him.

Yeah, all right, so ever since Joe Biden’s speech from the innermost circle of hell, I’ve been thinking a lot about the future of this country. He warned us of a terrible threat. And, no, not that he ate fiber before boarding the roller coaster at Six Flags. It’s the extreme-MAGA Republican who apparently number in the dozens or perhaps millions. We really never get a head count on the threat. We’re not even sure they have heads.

But the vagueness of the threat certainly is convenient, mainly because it’s hard to count something that doesn’t really exist. Unlike, say, the persistent and violent crime we now experience every single day across this country. Oddly, none of that is caused by people in red hats. Fact is, extreme-MAGA aren’t like sheep, you can’t count them to fall asleep, because there’s really not enough of them. And for a Democrat, it’s best never to know how truly big the threat is, or it might actually end up going away.

Fact is, Trump supporters are the new climate change. We can’t quantify it, but we can tell you it’s evil. But the fear tactic, it’s effective. Thanks to Joe and the media, we now have a Democratic majority in a poll who believe that Trump supporters are a serious threat to democracy. Hell, they even got 25% of Republicans to agree. But let’s be honest, those are the really dumb ones. When those heard “25%” they thought, all right, our best approval numbers ever. And of course, you had the Democrats pushing the idea that violence is looming around the corner. Here’s Eric Swalwell, in between bouts of rampant farting and having sex with Chinese spies, talking about the coming wave of violent Republicans.

REP. ERIC SWALWELL (D-Calif.): They are so out of alignment with mainstream America where they can’t win the majority of votes in elections, that they now are more comfortable with violence than voting because that’s their only path to enacting their political agenda.

MIKE BAKER: It’s nothing that ointment can’t clear up.

Yeah, it’s true. So I decided to do some research about this MAGA threat. I know, as a big star, I shouldn’t have to do that. But it was either that or bare knuckle boxing with Dagen McDowell and her office. Besides, my intern was busy with my laundry. Kilmeade, is such a heavy bleeder. So since Joe and the media never ever name the actual threats, referring to it to be an amorphous, anonymous blob like manmade climate change or Joy Behar’s body odor. I wanted to see if I could put a name to this demon. Perhaps it’s one of these Republican candidates running for office. After all, all they ever talk about is pornography.

REPORTER: Can you define what pornographic means for you in terms of books in K-12 schools?

TUDOR DIXON INTERVIEW: Do you need me to define pornographic? I mean, I can if you want me to. All right, so there’s two naked people, and they are acting out a sexual act. So in multiple different sexual acts, do you want me to send you some, so you can see them? That would be fine, because I feel like it would be a little awkward.

I love her. I really love her. Why did she stop? Honestly, I kind of wish she kept going. I was just getting into it. I was moments away from whipping out my credit card. Let’s see Gretchen Whitmer match that kind of pillow talk. But then again, maybe not, the FBI might try to kidnap her again. Oh, so yeah, it’s kinky and all, but is it a threat to democracy? Unless by democracy you mean my pants. However, that’s terrible, however, I think I finally found the threat to this great republic.

REPUBLICANS BAFFLED THAT KETANJI BROWN JACKSON CAN’T SAY WHAT A WOMAN IS: ‘IT IS A SIMPLE QUESTION’

Her name is Linda Paulson. I’m sure you agree. She is a monster. Hey Utah district twelve, you better listen up right here, because that’s a new name on the ballot for the state Senate this year.

All right, she’s rapping and she’s adorable. And if she’s smoking any weed, it’s definitely medicinal. But damn it, Linda, I wonder if you are pro-religious freedom, pro-life and pro-police?

Yes, she knows what a woman is. Quick, someone introduce her to Ketanji Brown-Jackson.

But no wonder she’s dangerous, she thinks there’s two biological sexes. I hope the DOJ, the FBI and the IRS have her on their list and not for overusing the AARP discount. Because I wonder if she loves this country.

So, Linda Paulson for Senate. Now, there’s a real threat to democracy. She’s Joe McCarthy in drag, which probably means she’s a decent person, a nice lady, and should be elected because currently nobody fits that description who works in D.C. You could call her the bizarro Hillary Clinton and I would vote for her, but I’m not a citizen of Utah, and I’m not allowed after that incident with the Mormon Tabernacle Choir. That’s the last time I inquire about a missionary position. Still, if that’s the face of the Republican Party, no wonder the Dems are scared. A senior citizen who likes to rap. Hey, I think I just described Bret Baier.

Somewhere, Vanilla Ice is rolling in his grave.