Greg Gutfeld: The Left has turned into everything they hated 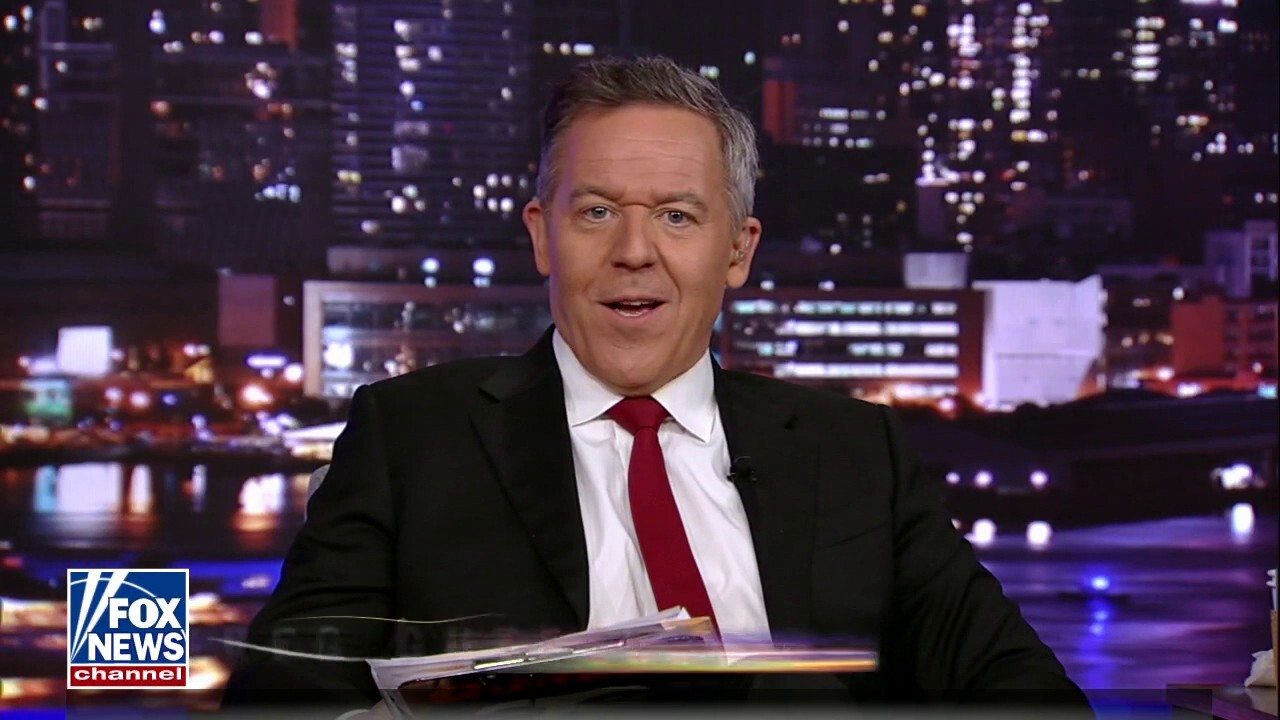 So at Twitter headquarters, casualties are mounting. There’s crying, sobbing, there’s fainting. And that was just a janitor, unclogging a men’s room toilet.

Yesterday, Elon Musk called out Twitter’s censor for suppressing the New York Post’s bombshell article about Hunter Biden. It was a deserved jab directed at Twitter’s legal chief, Vijaya Gadde. Hope I got that right. It is fun to say, though.

Now, right after Musk bought the company, Gadde called a virtual meeting, which is just like a normal meeting, except there’s vodka in your “World’s Best Mom” coffee mug. Or if you’re Jeffrey Toobin, heavy cream. I swore I wouldn’t do those jokes, but I lied.

Now, to some, she’s seen at the company as the company’s moral authority. You know, like I am here at Fox. Now, Gadde is scared because Musk has called for Twitter to embrace free speech, advocating to open-source Twitter’s algorithm while suggesting it should only remove content if it’s required by law.

That upsets Gadde, who only wants certain voices to be heard, and labels others as either hate speech or disinformation.

She’s the censor and one with her thumb on the scale. Or, in Twitter’s case, her two left feet.

And according to Politico, in that virtual meeting, she cried over the uncertainties to come. But is that really why she cried? I’m not so sure. And I’m an expert on making women cry. It’s just a reaction they have when they see me in person. They’ll never have me.

GREG WALKS INTO A CROWD OF CHEERING, CRYING WOMEN

Now, Gadde’s made over 17 million bucks as the censor, including $7 million in 2020. That’s more than I made last year, working here and moonlighting as a runway model for Wilhelmina.

And like my appetite for fermented horse milk, her salary doubled in 2021. Yet the media acts like she’s a vulnerable underling, bullied by an egomaniacal tyrant. Sorry, she’s crying because she knows her loss of power means her loss of future millions.

Meanwhile, the media continues to go bonkers. Cue the freaks.

NICOLLE WALLACE: What the Right has already seized is this ground that they’re on the side of free speech. They’re really not. They’re for the political version of yelling “fire” in a movie theater.

JOY REID: Elon Musk, I guess, you know, he misses the old South Africa in the ’80s. He wants that back.

Yeah, there it is. When you got no argument, call people racists. And if anyone tries to defend the charge, they’re considered even more racist, it’s the old, “Have you stopped beating your wife?” ploy.

No matter how you respond, you sound guilty. It explains MSNBC’s refusal to can this nut bag. The grift works. They can’t fire her, so sue them for racism.

But with their ratings, that suit should get thrown out like it was worn by Jimmy Failla. But as Musk is showing, this smear is crumbling under its own hysteria.

Now, when I was growing up, all I heard about was McCarthyism. Joe McCarthy was the evil senator who launched a witch hunt for undercover communists who had infiltrated the government, universities, film industry.

This was in the 1950s when it actually might not have been true. Ultimately, the smear tactics led to his downfall. He also harmed the anti-communism movement, turning many people into anti-anti-communist — Bernie Sanders for short.

Now whenever the Hollywood or the media tries to play hero or victim, they play the McCarthyism card. How brave they were to stand up to this fearmongering.

But today it’s all different. Who are the new McCarthyites? Well, Musk has exposed them. The actual repression today is almost entirely done by left-wingers using a campaign that spreads fear of alleged racist or homophobic influence on American institutions.

They use emotion and feelings to manipulate you, but they’re misery merchants making money off demonization. It’s again part of the big flip.

These days, the only people who want to save women’s sports are lesbian feminists and people who watch Tucker Carlson. Talk about strange bedfellows. Picture Pat Boone spooning Billie Jean King. I am.

The big flip is also happening in entertainment. Back in the ’80s, it was the Right who said rock music turns kids into Satanists or worse, Democrats. Now it’s the Right fighting for comedians to say what they want.

And it’s the Left acting as censor, claiming that words are weapons. Pretty soon the TSA won’t let you board without the right pronouns.

The left has turned into everything they claimed to hate and then some.

It’s like they had a three-way and produced Keith Olbermann. And the other side — well, Elon Musk is now our Thomas Jefferson, the father of free speech.

The Babylon Bee is our new New York Times. Joe Rogan’s our CNN, and Tyrus, he’s our Walter Cronkite with more tattoos than an MS-13 gang member.

And what am I? You could say I’m your merry prankster, sharing the fun in the risk with you. But whatever I am, you can be sure I’m probably going to be called a racist, transphobic sexist for it.

Which, thanks to the Left, doesn’t mean s—.