Greg Gutfeld: Is being a woman a ‘vibe’? 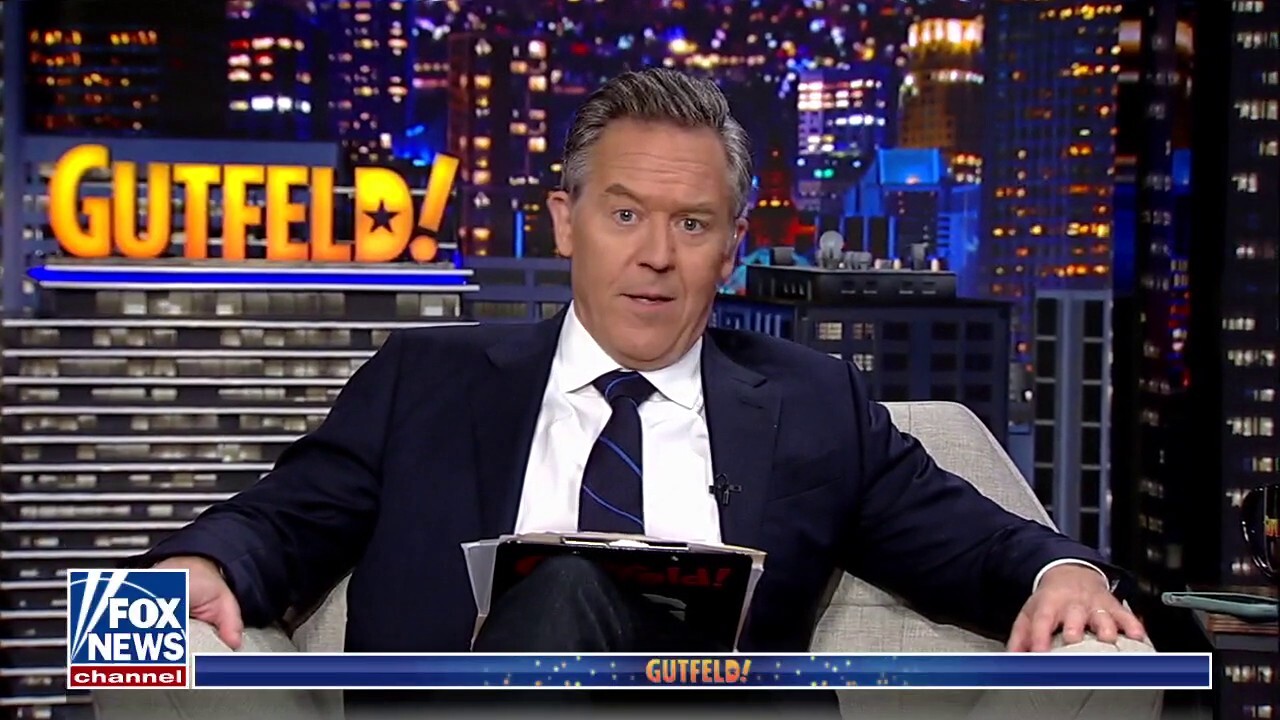 I hope you had a great weekend. I don’t know if I did. Last thing I remember is saying, Hunter, I don’t want to go swimming. Yeah. That stuff’s amazing. Disgusting as it is, I’m jealous.

So last week, we did a story on singer Macy Gray’s interview with Piers Morgan where he asked her if she could define a woman. Hit it, Carlos.

PIERS MORGAN: If I asked you what a woman is, what would you say?

MACY GRAY: I would say a human being with boobs. How about you to start there?

PIERS MORGAN: Yeah. I mean, the dictionary is quite straightforward. It just needs to be adult.

MACY GRAY: I will say this and everybody is going to hate me. But as a woman, just because you go change your parts doesn’t make you a woman.

Well, someone paid attention in medical school. Guess you can’t be a Supreme Court justice.

And then on our show, I asked this question:

GUTFELD ON JULY 5: How soon before either one of these has to apologize for being insensitive to marginalized groups?

Well, we got that answer in just 48 hours, roughly the same amount of time I spend on my biceps every week.

Macy was asked again, what is a woman? And she folded faster than a futon shared by “The View.”

So suddenly, boobs and vaginas don’t matter anymore. And that’s a world I don’t want to live in. I just don’t. I’m done. I’m out. Find a replacement. Just not Rob Long.

So being a woman is a vibe. Of course, they’re going to have to rename a lot of great movies, right? Scent of a vibe, Pretty vibe, The incredible 50-foot shrinking vibe.

And what do you call the other woman now? Is she to be called the other vibe? That’s really not bad. Yes, honey, I wasn’t cheating. I was just banging a vibe.

But what is a vibe? What is a vibe, really? It’s a floating thing that exists in space, invisible. But, you know, it’s there because it changes the atmosphere. Basically, we’re saying a woman is a fart. That was not a poop joke. That was a fart joke. Let’s not start moving the goalposts. I said no poop jokes till Labor Day. Fart jokes are fine.

So what else could be a vibe? Is being Macy Gray a vibe? Can I then be her if I feel the vibe of Macy Gray? Why not? If a woman can be a vibe, anything could be a vibe. So why not identify as a specific person? I mean, I don’t really feel like I’m Macy Gray, but at times, you know, I could be Tom Brady. And if Gisele says otherwise, well, you know, she’s just not being inclusive.

But talk about a transition.

Macy went from a strong feminist voice to a weak wokester in mere hours. I guess she fits her old definition of women. No balls.

And this is all due to a figment of a mob that scared her or her publicist into amending her statements. But who is Macy really apologizing to? It’s not women because she defended them. It’s the extreme one or two people on Twitter and the mentally challenged lemmings who amplify them. It’s mostly fake intelligence that can’t think for itself. Take MSNBC, who on their website call any defense of biological women “suspicious thinking.”

Meanwhile, at MSNBC, I’m suspicious if anyone there is thinking. The writer calls this trans exclusionary. Meaning if you believe a woman can’t have male genitalia, then you’re attacking trans. And it’s the same thing with men. Of course they can have female parts, although if they really did, they would never leave the house.

But by adhering to biology, they say you’re denying human dignity, which is fine by me. Sometimes perception and biology do not match up. I mean, hard to believe there are some women who don’t believe I’m attractive. I know it’s weird.

So you ask me to use a preferred pronoun? Sure, I’m going to do it. But you can’t force me to lie to myself. It’s like compelling me to believe two plus two equals five because saying four might hurt five feelings. But as decent folk, we’ll be polite and we’re going to treat you like the good person you are.

But what’s in my head? You cannot change. At least not without a few cocktails and a nice dinner first. That’s my dad used to say, you can’t fight nature. But I proved them wrong when I boxed that kangaroo. It had nothing to do with this monologue.

It’s sad watching the left defend denigration of women, and they come up with the clumsiest language under the guide of inclusivity. Like “they.” Who is they? You’re compelled to call a 21-year-old gender studies beta male in a skirt a “they?” But an actual pregnant woman is a birthing person. Yeah. Sorry, lady. There goes the excuse that you’re eating for two.

They tell women to be more inclusive to trans women to resist the prism of childbearing because being a mom is bad unless you’re a dude. It’s so confusing and it’s meant to be.

It’s just more linguistic bullying from radical leftists. The MSNBC writer claims it’s false and it’s bigoted to say that biological females are scientifically more female than trans females. You know – who used to be dudes?

But I wonder who backs this stuff up. What terrified scientists did they find to agree that uteruses don’t count? And boy, that’s got to suck for the dating apps. I mean, what if I’m single? Should I make it clear on Match.com that I only want to date women with vaginas? No penises, please. Sorry. Does that make me homophobic? No, I’m just picky. I just don’t want to end up with an angry, unshaven vegan who looks like Jack Klugman in a micro skirt and has a wiener. There’s an underrated word. How could you hate anything named wiener? But then again, who knows? It might be fun after you take her to dinner. You can have a sword fight at the urinal in the Quizno’s men’s room. Sorry, Quiznos.

So this isn’t about women, it’s about men. Macy is forced to apologize to men who now identify as women because men can be anything they want, including women. But if you think right wing patriarchy is bad, you just traded it for left wing patriarchy. And how does that work?

FEMALE STAFFER: So I just wanted to let you know that I’m actually not identifying as a woman now, and I really hope that that doesn’t affect our relationship.

MALE STAFFER: Well, it should stop us from fighting about the toilet seat. Yes, I will have…

FEMALE STAFFER: Woah, woah woah. Ladies first. Bring me two steaks and a Jameson. You might as well just bring the whole bottle.

FEMALE STAFFER: So now when I’m on the subway, I really spread out. I take up, like, three or four seats.

MALE STAFFER: Nice. Right on, brother man. Oh, and we will be splitting this check.

MALE STAFFER: Chivalry? Well, in that case, I’m a woman. To hear me roar.

FEMALE STAFFER 2: I finally caught you. This is the woman you’ve been seeing.

FEMALE STAFFER: Whoa, whoa, whoa. How can I be the other woman? I’m a man.

Well, that was fun.

Delightfully humorous, but what do I know? I’m not a woman. Even if I say I am.