Greg Gutfeld: Dems only care about a crisis if there’s an American villain 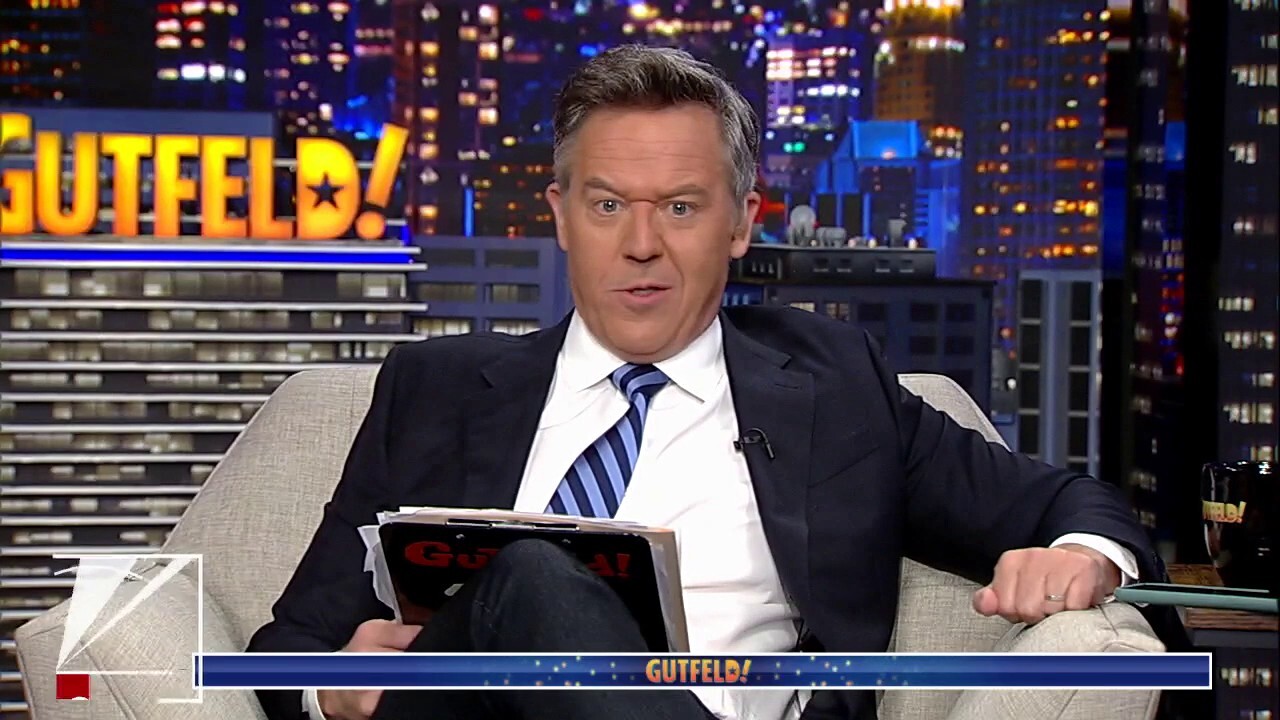 So last week, the Biden administration finally admitted the president was being a total **** when he accused Border Patrol agents of whipping illegal immigrants. Those were the actual words, total ****.

GREG GUTFELD: IS BEING A WOMAN A ‘VIBE’?

The head of the Border Patrol announcing the results of their absurd months long investigation into an incident that both the Dems and the media used to demonize innocent agents.

CHRIS MAGNUS: After an extensive review, the U.S. attorney issued their decision not to prosecute the case. OPR found no evidence Border Patrol agents involved in this incident struck any person with their reins, intentionally or otherwise.

Thanks for the heads-up, Chris, but we could have told you that on day one. Those claims were already debunked by everyone, including the guy who took the damn pictures. What a waste of taxpayer money and all to cover their asses. But I’ve got two words for you. Instant replay. They use it in sports to clear up a questionable call. And this one wasn’t even questionable. Even the migrants said, “don’t you dopes know how horses work?”

But a second look should have cleared up any confusion immediately like an NFL ref. Upon further review, the reins of the officers never made contact with the illegal immigrants. Therefore, there is no unnecessary roughness call. Please reset the clock to 2016.

Instead, the dumbest president in history smeared American citizens who were just doing the job he refused to do while he sat in a pool of his own ignorance, among other fluids.

JOE BIDEN: To see people treated like they’re horses, running them over, people being strapped. It’s outrageous. I promise you, those people will pay.

ALEJANDRO MAYORKAS: These are horrifying images that do not reflect who we are, who we aspire to be, or the integrity and values of our truly heroic personnel in the Department of Homeland Security.

JEN PSAKI: The horrific video of the CBP officers on horse on horses using brutal and inappropriate measures against innocent people.

But more important, none of them apologized or even owned up to it. Of course, Kamala still hasn’t apologized for her tweet defending race hoaxer Jussie Smollet. Joe never apologized for the tweet he tried to send from his toaster oven.

They’re just going to assume you’re too distracted, panicking you with the latest monkey pox, baboon hemorrhoids or chimpazima. Sounds like a good drink.

They think they won’t be held accountable. And the sad thing is, they’re right. And they’re laughing at us. You can hear Kamala’s cackle. Either that or somebody punched a hyena.

So they deserve no mercy tonight. And here’s why. Joe Biden publicly condemned an American without any due process, something no president should ever do. Kamala compared Border Patrol agents to slave owners. How is that not hate speech? How does that not put a target on their backs?

Sorry, lady. If there’s anyone with a link to slave owners, it’s someone named Kamala Harris. And I’m just quoting her dad, Professor Donald Harris, who wrote, quote, “My roots go back within my lifetime to paternal grandmother Ms. Chrishy, descendant of Hamilton Brown, who is on record as plantation and slave owner of Browns Town, which is the town of Jamaica. Who knows if that’s true, really? But if it is, that would make Kamala the first VP to owe reparations to herself. She could spend the money on a public speaking class.

Of course, Alejandro Mayorkas is an incompetent clown. This guy looks like he should be assembling Christmas toys in the North Pole. Not being in charge of immigration. Every time I see him, I want to pull his ears like that weird rubber doll. By the way, that doll has a name. It’s Panic Pete, which I guess beats Pato Pete. It’s a reference to a different story.

Meanwhile, four agents are still to be punished for using bad language and unnecessary force. Something I’m sure Hunter does every time he’s with a hooker. Sorry. These guys are Border Patrol agents doing a brutal job. They aren’t teachers at a finishing school in Switzerland. But we see the media and Dem’s true colors. No matter the crisis, they only care when they can find an American villain. 50 plus migrants perish stacked in the back of a truck. Big deal, they say. But can you imagine if that happened at Trump’s watch? The media would have had him pegged as the driver.

But today, you won’t hear Biden say, I promise you those people will pay. Unless he’s advising Hunter on how to cut a deal with a gas company. Thank God we have a doctor nearby.

JILL BIDEN: The diversity of this community as distinct as the bodegas of the Bronx, as beautiful as the blossoms of Miami and as unique as the breakfast tacos here in San Antonio.

Looks like Joe is rubbing off on the doctor. And not in the usual way. You think a real-life medical expert would know the difference between people and inanimate things. But I guess when you’re married to Joe … hard to tell. I wonder, Joe, what do you think of Dr. Jill’s comments?

STAFFER IMITATING BIDEN: Hey, hey, hey, look, look. Leave my wife alone. She’s a doctor, all right? She’ll get you. And she’s right. I’ve been to those Bogotas. They’re full of breakfast tacos. And, you know, Jill got that from me. That’s my nickname for the Hispanic people. I say, Hey, come on, my little breakfast Taco. Let me take a whiff here. Oh, I got sour cream on my nose. You know, they like it. They like it. You know, all the minorities like me, I don’t care who you are. The Latinx people, the Malcolm X people. They all like me.

It’s good to laugh. But the treatment of those agents isn’t funny at all. It’s positively Orwellian. We’re living in 1984 and no wonder, Joe loves that year. It’s when he turns 60.

Now the agents could be suspended for 14 days. So you want a dystopian society? How about one that says you’re innocent of a crime, but we’re going to punish you anyway.

But all this stuff is happening right now. Right before your eyes. They’re not even hiding it because they know they don’t have to. Not with today’s emasculated media. If we had a real press, you could not do this. Real journalists would know those were reins on those horses and not whips. And anyone saying otherwise was a horse’s ass.