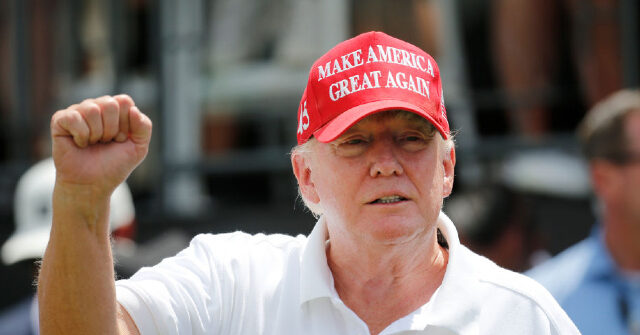 The approval of Donald Trump’s Truth Social on Google’s app store, which controls access to 44 percent of smartphones in the U.S., is being held up due to “content moderation concerns,” according to reports. As Google’s decision hangs in the balance, a flurry of negative media coverage about Trump’s platform is underway.

In a statement obtained from Axios, now being covered elsewhere in the media, Google said Truth Social’s approval on the Play Store was being held up due to content moderation concerns.

“On Aug. 19, we notified Truth Social of several violations of standard policies in their current app submission and reiterated that having effective systems for moderating user-generated content is a condition of our terms of service for any app to go live on Google Play.”

Truth Social CEO Devin Nunes, a former congressman from California, has expressed frustration with the tech giant’s intransigence. “I don’t know what’s taking them so long,” said Nunes in a recent podcast interview.

The dispute about Truth Social’s presence on the Play Store is receiving a flurry of media coverage, and comes shortly after the New York Times published a hitpiece about “QAnon” content on Trump’s platform, based on data from the partisan establishment organization NewsGuard.

As Google’s decision whether or not to approve Truth Social hangs in the balance, it appears the media is attempting to influence the tech giant’s decision.

The smartphone market is a duopoly, with over 99 percent of smartphone users in the U.S. using either Apple’s iOS or Google’s Android operating systems.

Truth Social has been approved by Apple, which controls approximately 55 percent of the market in the U.S., but not Google — cutting off the app, and former President Trump’s primary method of communicating on social media, from the remaining 44 percent.

After reporting that Google’s main concern is threats of violence on the platform, Axios misleadingly claims that posts threatening violence remain on Truth Social, citing just one example among millions of posts.

But Truth Social has a clear-cut policy against threats of violence and other criminal activity, just like every other social media platform.

Axios’ complaint appears to be that Truth Social’s moderators occasionally miss threats of violence, or fail to take them down speedily enough. But this same complaint can be made against every other social media platform, including Twitter, which has repeatedly failed to prevent threats of violence from spreading on its platform, including threats against high school kids and Supreme Court Justices.

Months after the overturning of Roe, which precipitated an outpouring of threats and slurs against Supreme Court Justice Clarence Thomas, some of the posts — clear violations of Twitter’s policies — remain on the platform, as seen below.

Other criminal activity also runs rampant on Twitter. During the George Floyd riots, Twitter allowed thieves to use the platform to identify looting targets, doing nothing and offering no comment even when Breitbart News identified the offending tweets to the company.

Despite these and many other such examples, Twitter, unlike Truth Social, is approved on the Google Play Store.

Allum Bokhari is the senior technology correspondent at Breitbart News. He is the author of #DELETED: Big Tech’s Battle to Erase the Trump Movement and Steal The Election.