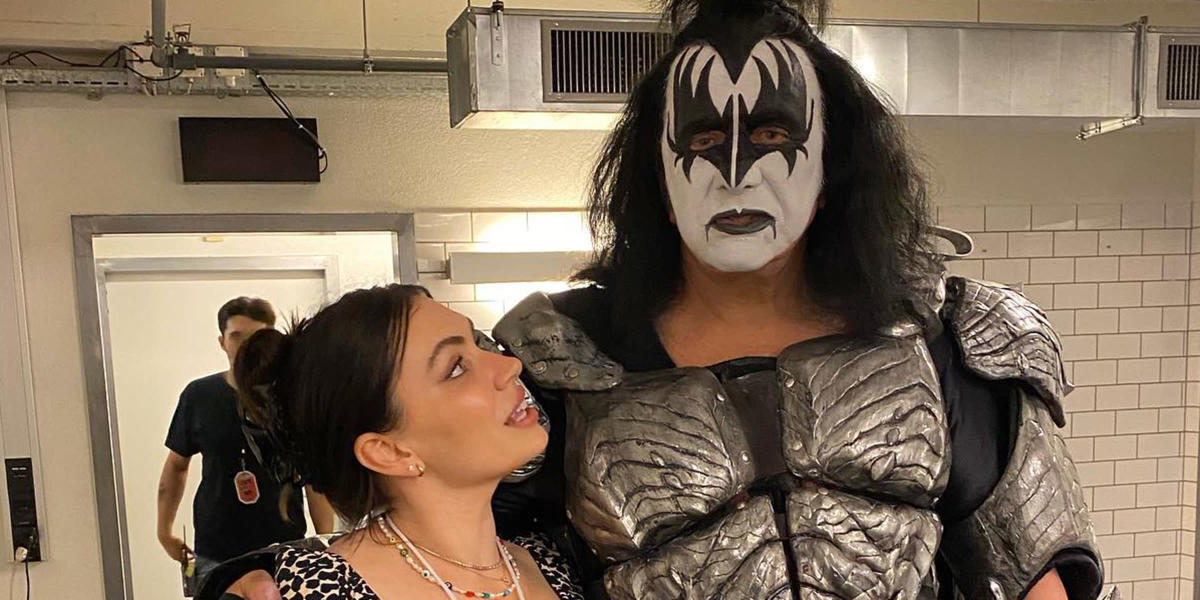 The legendary KISS rocker posted a photo of himself — in full KISS makeup and costume — with his arm around his 30-year-old daughter to share the news Monday on Instagram.

Next to a photo of the whole family, Nick wrote, “my little sister is 30 and engaged and I am freaking out right now because she is smol.” He also included a photo of his sister and her fiancé sharing a tender moment.

Sophie announced that she and Henderson were engaged on her 30th birthday last Thursday. The “X Factor” alum posted a black-and-white photo of her stunning diamond engagement ring. “‘This is the time,'” she wrote, adding a diamond ring emoji.

The singer designated the location of her post as Zurich, Switzerland, where her dad and his KISS bandmates performed a concert that night during their “End of the Road” farewell tour.

She also included since-vanished photos from Henderson’s proposal in her Instagram story.

During KISS’ concert, the band engaged the audience in a serenade of “Happy Birthday” to Sophie Simmons, which was caught in a sweet video posted by Tweed on her Instagram page.

In the video, the singer is seen flashing her engagement ring to the crooning crowd. The camera pans to the side to capture an emotional Tweed crying tears of joy.

Tweed also shared a photo of the newly-engaged couple taken on her daughter’s eventful birthday. The photo showed leaning against one another at a table.

“A good day was had by all! We’re pooped!” Tweed captioned the shot.

I had an abortion 15 years ago. Now I’m fighting in the Georgia state house for your rights