Gareth Bale ready to win with Los Angeles FC, not retire: ‘I still have many years to come’ 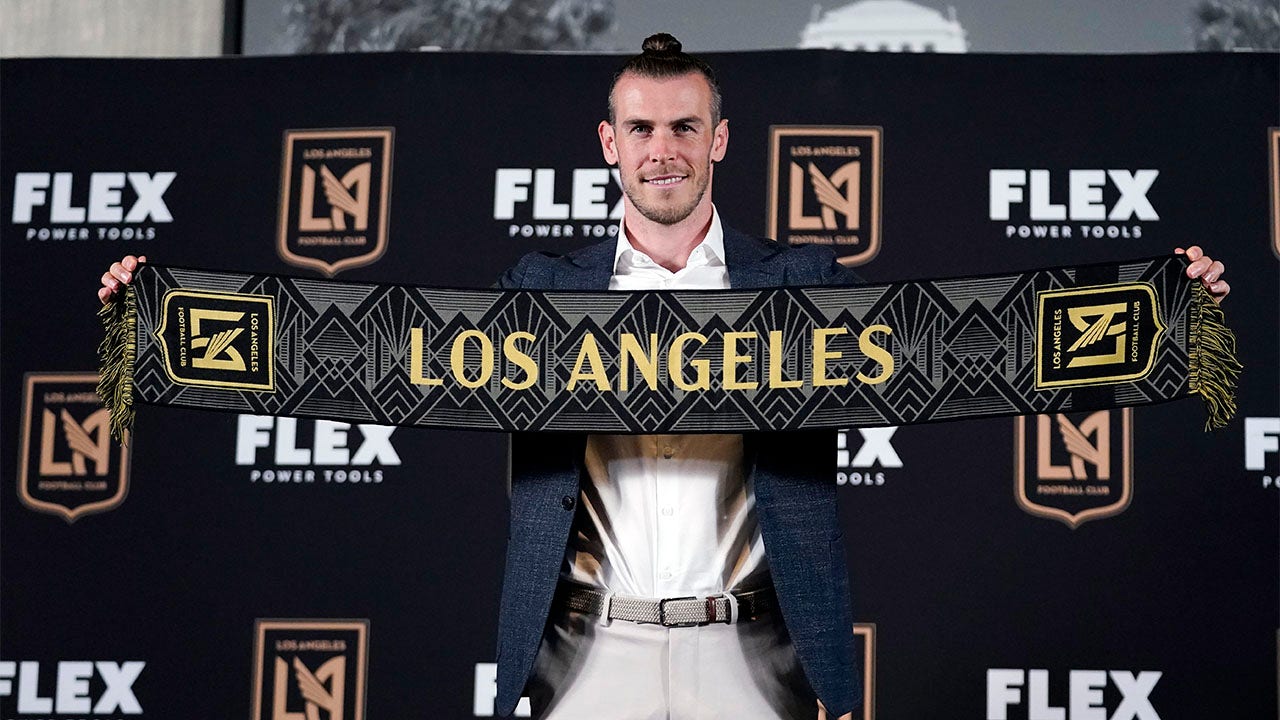 Gareth Bale wants the world to know Los Angeles FC is not the 18th hole of his soccer career.

The golf-loving Welsh forward intends to keep playing for club and country for several more seasons, and he hopes to fill those years winning trophies with his new stateside team.

“I’m up for everything here,” Bale said Monday. “I still have many years to come. I haven’t come here to just be here for six months, 12 months. I’ve come here to try and be here for as long as possible. I want to do as well as I can. I want to try to make my mark on this league, on this team. I look forward to the future.”

Bale’s declaration of his long-term intentions undoubtedly will please his new LAFC fans, who were hoping the longtime Real Madrid forward wasn’t simply using the team atop the Major League Soccer standings as a place to get fit for Wales’ landmark return to the World Cup in Qatar this fall after a 64-year absence.

The 32-year-old Bale also gave a thrill to his home nation when he confirmed his intention to play in the 2024 European Championships, keeping his place among the greatest group of Welsh football talent in decades.

“It’s not just a short-term thing,” Bale said. “(LAFC) also gives me the best opportunity to go to the next Euros, maybe further. So my plan is to really work hard. … We’ve got a great plan going forward to get me up to speed, and hopefully it lasts as long as possible.”

LAFC formally introduced Bale to an extensive media gathering inside Banc of California Stadium, but the club’s fans already met Bale outside on the field three days earlier. He got a standing ovation hours after getting off the plane from Europe last Friday, and he watched LAFC’s 3-2 victory over the archrival LA Galaxy from a suite before joining the on-field postgame celebrations with his new teammates.

Bale went through his first training session with LAFC on Monday morning. While the club isn’t projecting when he will suit up in their pursuit of the MLS title, the goal-scoring dynamo should be fresh: He played in only five matches for Madrid last season while battling injuries.

After winning five Champions League titles while spending eight of the past nine seasons in Madrid, Bale explored playing options closer to home before choosing Los Angeles, where he can be a midseason addition to a trophy-contending team. Southern California’s ideal weather also puts him in the perfect spot to ramp up physically for Qatar.

If LAFC makes it to the league title game, the MLS Cup Final is scheduled for Nov. 5, just 16 days before the start of the World Cup. While bigger clubs undoubtedly will come calling afterward, Bale insists he doesn’t intend to leave after the MLS season.

“I haven’t come here for the short term,” Bale said. “I want to make my mark on this league, and I think being here gives me the best possible chance to make it to the Euros, and you never know, maybe one more (World Cup). That’s my goal.”

The expiration of his massive contract finally ended the love-hate relationship between the superstar and the Madrid fans and media. While Bale repeatedly showed off his big-game scoring ability, he was criticized for everything from his frequent injury absences to his passion for golf amid suggestions he wasn’t fully committed to Madrid’s success.

Bale began his U.S. tenure by repeatedly reaffirming his desire to play regularly, even with the demanding travel schedule of the vast North American league.

Bale is joining longtime Juventus defender Giorgio Chiellini in making a midseason move to LAFC, and general manager John Thorrington hailed their decisions as evidence LAFC has become “a destination of choice for star players.”

Bale said he spent a few weeks every summer in Los Angeles before the coronavirus pandemic, and his family is already comfortable in the city where soccer greats from David Beckham and Robbie Keane to Zlatan Ibrahimovic and Carlos Vela have embraced the combination of sporting challenge and good living in the second halves of their careers.

Gareth Bale gives a thumbs-up as he is introduced as a new member of the Los Angeles FC MLS soccer club Monday, July 11, 2022, in Los Angeles.
(AP Photo/Marcio Jose Sanchez)

But as those superstars did before him, Bale rejects the concept of joining MLS and slowing down. LAFC has been the league’s top team throughout its fifth season of existence, and a motivated Bale’s addition to an already potent attack could be a nightmare for the competition between now and November.

“The standard here is really increasing,” Bale said. “I think it’s a lot better than people in Europe really think.”