France’s Marine Le Pen Is as Dangerous as Ever 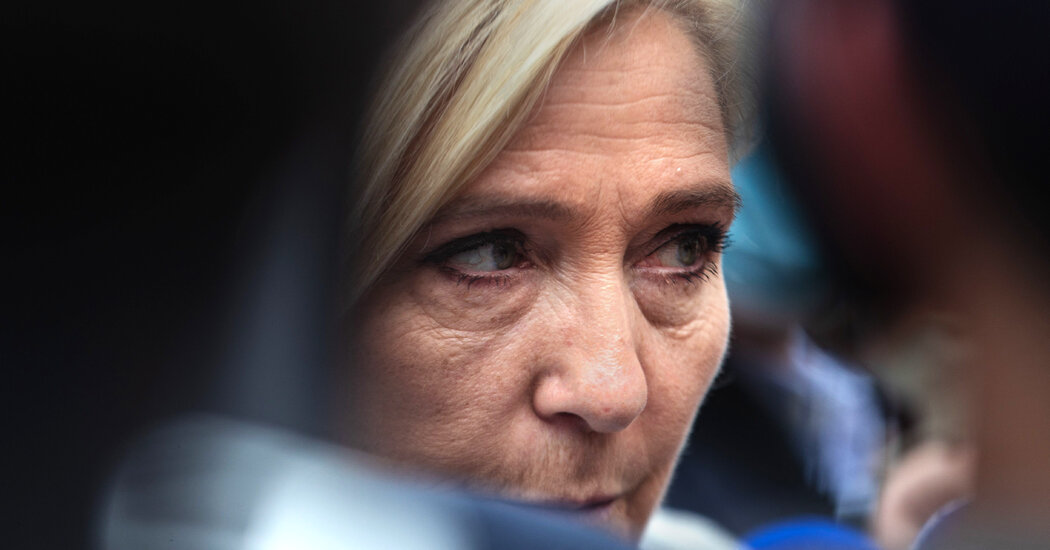 The tenor of political discussion, as a result, has shifted substantially to the right. There is now barely any space in French politics to advocate for French citizens who don’t look, behave, pray or eat the way “traditional” French people are supposed to — let alone to champion the rights of immigrants and refugees. In this environment, Ms. Le Pen can turn her attention to more everyday issues, such as rising energy bills and the cost of living, safe in the knowledge that on immigration, citizenship and “national identity,” she’s already won the argument.

That success didn’t happen overnight. For more than 30 years now, French political debate has centered itself around issues of identity at the expense of more pressing topics such as health care, climate change, unemployment and poverty. The far right has led the way. Exploiting feelings of decline at the end of the 1960s — as France shed its colonial empire, lost the war in Algeria and submitted to American domination of Western Europe — the far right became a potent political force. It used its influence to defend its conception of French identity, evoking a thousand-year-old European Christian civilization threatened by North African Muslim immigration.

This was the foundation upon which the National Front was created in 1972 by Ms. Le Pen’s father, Jean-Marie Le Pen. As people from France’s former colonies migrated to the metropole, the party focused obsessively on the supposed dangers of immigration. Mr. Le Pen’s tone was often apocalyptic: “Tomorrow,” he infamously said in 1984, “immigrants will stay with you, eat your soup and sleep with your wife, your daughter or your son.” Such rancorous resentment found some sympathy in certain quarters of French society, where the homogenizing effects of globalization and the increased visibility of Islam among French-born citizens were held to be stripping France of its essential character.

This antipathy took in many targets, among them French Jews. Mr. Le Pen was notorious for his antisemitic remarks — for which he was condemned by the courts multiple times — and the party created in his image trafficked in antisemitic ideas, tropes and images. Though Ms. Le Pen claimed to be moving past her father’s fixation on Jews, she continued to fan the flames — refusing in 2017 to accept France’s culpability for the Vichy regime’s role in the Holocaust and even, in a campaign poster this April, appearing to make a gesture associated with neo-Nazis. Capped by Mr. Zemmour’s open embrace of the Vichy regime, antisemitism has re-entered the political mainstream.

Muslims have similarly borne the brunt of bigotry. Initially considered a threat from elsewhere — supposedly coming to France to deprive the native-born of jobs — Muslims have in recent decades been viewed as an internal threat. With the rise of Islamist terrorism, Muslims were seen to be practicing an inherently violent religion that required containment by public authorities. To be a Muslim was to be guilty until proved innocent.