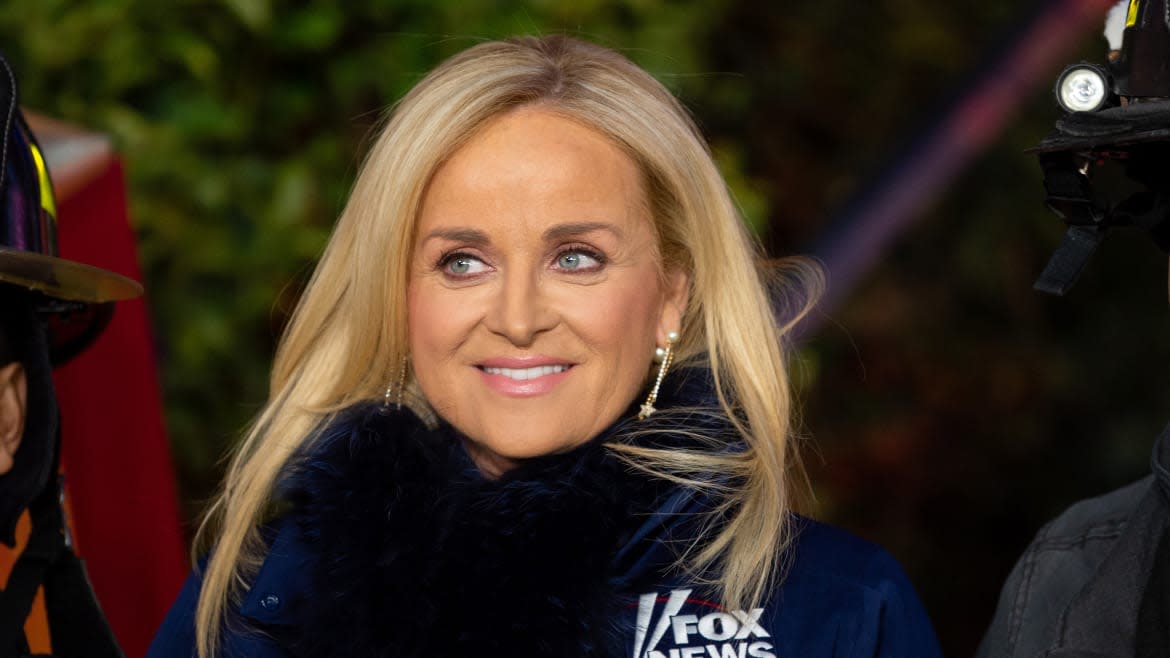 Immediately following Fox News’ pivotal 2020 election night call of Arizona for Joe Biden, the network’s CEO Suzanne Scott warned colleagues that “we can’t give the crazies an inch” as then-President Donald Trump tore into the conservative cable giant and some of the network’s stars publicly undermined the projection.

In a court proceeding earlier this week, Dominion’s lawyer Justin Nelson revealed Scott’s remarks while arguing that his legal team should be able to review the employment contract of 13 Fox News executives, including Scott’s. Delaware Superior Court Judge Eric M. Davis ruled on Wednesday that dominion is entitled to the contracts.

Additionally, Nelson argued that senior Fox News executives tried to stop pro-Trump network stars Lou Dobbs and Maria Bartiromo from booking Trump’s campaign lawyers Rudy Giuliani and Sidney Powell on their shows in the aftermath of the election to push baseless voter fraud conspiracies. This came as Team Trump was pressuring the network to reverse its Arizona decision, even going so far as to directly implore Fox’s owners to step in and rescind the call.

The hosts, however, did give the former president’s allies—and even Trump himself—airtime to push their evidence-free assertions that Dominion’s machines had rigged the election and stolen the White House from Trump. (The cancellation of Dobbs’ show was announced the day after another voting software company filed a similar $2.7-billion defamation suit against Fox.)

During the hearing on Tuesday, Fox’s attorney Justin Keller didn’t deny that Scott had made those remarks nor did he dispute that management tried to prevent Dobbs and Bartiromo from hosting the Trump lawyers to peddle their debunked election claims. Keller instead objected to Dominion’s request for the executives’ contracts, insisting that it was overkill considering the number of docs Fox had already handed over.

Outside of Scott, other executives whose contracts Dominion is seeking are Fox News president Jay Wallace and executive vice president of primetime programming Meade Cooper.

Fox’s attorneys, meanwhile, continue to dispute Dominion’s allegation that the network’s executives knowingly let discredited election fraud conspiracy theories air on its programming to court the MAGA viewership that abandoned the channel following the Arizona call. Keller, for instance, argued on Tuesday that the channel’s execs were far removed from the day-to-day decisions on its telecasts.

Nelson, though, pointed to documents obtained from Fox that “talks about the daily editorial meeting that occurs, including almost all of these executives that we’re looking at right now.” Judge Davis, meanwhile, noted that Dominion’s allegation is “Fox sought to profit off a lie” and whether it’s true or not, “we’ll stay for the trial.” The trial is scheduled to begin in April.

This all comes a few weeks after Dominion’s legal team argued that Fox News host Jeanine Pirro should be compelled to provide additional testimony in the case after Fox invoked journalistic privilege during her original deposition. NPR reported last month that a distressed Fox News producer implored her colleagues in November 2020 to pull Pirro off the air because she was peddling election fraud lies from the fringe web.

Furthermore, veteran journalists Peter Baker and Susan Glasser reported in their new book The Divider that intense MAGA anger over the Arizona call even prompted chief political anchor Bret Baier to ponder giving into Trump’s demands that the network rescind its decision.

“The sooner we pull it—even if it gives us major egg—and we put it back in his column the better we are in my opinion,” Baier said in an email shortly after Election Night, adding that the situation was “really uncomfortable” because he personally keeps “having to defend this on air.”

The book also noted that Wallace later overrode the Decision Desk’s analysis and instructed the channel’s anchors not to announce that Biden won Nevada as well, which would have pushed Biden to a full White House win.

“The full context of the e-mail is not reported in this book. I never said the Trump campaign ‘was really pissed’- that was from an external email that I referenced within my note,” Baier said in a statement, disputing the characterization of the email in the book.

“This was an email sent AFTER election night. In the immediate days following the election, the vote margins in Arizona narrowed significantly and I communicated these changes to our team along with what people on the ground were saying and predicting district by district,” he added. “I wanted to analyze at what point (what vote margin) would we have to consider pulling the call for Biden. I also noted that I fully supported our decision desk’s call and would defend it on air.”

After the election, according to the book, two editors overseeing the Decision Desk were later fired, but the announcements were delayed two months because “executives did not want the embarrassment of publicly owning their decision to push out journalists for making the right call.” Fox News political editor Chris Stirewalt’s exit was painted as a “restructuring” while longtime Fox News DC managing editor Bill Sammon was said to have retired.

“FOX News made an election night call of historic magnitude and was first to do so,” a network spokesperson said in a statement about the book’s allegations. “We stood by the call in the days that followed, it was proven correct, and other news organizations eventually joined us.”