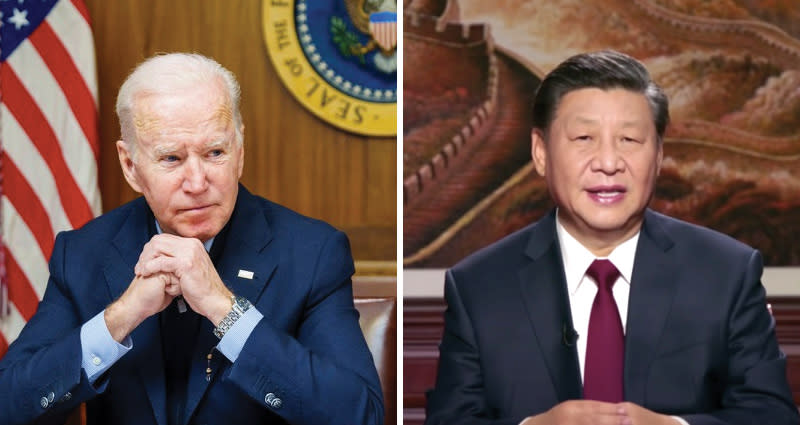 The prominent former editor-in-chief of the Global Times, a highly popular state-run Chinese media outlet, published a commentary on Saturday urging Chinese citizens to “prepare for a military struggle” in the near future.

The commentary, written by journalist Hu Xijin, came after U.S. senator Lindsey Graham (R-SC) and six other U.S. officials visited Taiwan’s capital, Taipei, last Thursday. The visit was strongly denounced by Chinese Foreign Ministry spokesperson Zhao Lijian, who warned that China is “firmly opposed to any form of official exchange between the U.S. and Taiwan.”

Hu, who resigned from his post at the end of last year after three decades at the newspaper, remains a vocal and influential state media figure with around 460,000 Twitter followers.

Earlier this month, Hu wrote an article for the Global Times stating that Pelosi’s visit to Taiwan, which China claims as a part of its territory, would be “the most serious provocation by Washington to China on the Taiwan question since the island’s then regional leader Lee Teng-hui visited the US in 1996.”

On Twitter, he simultaneously wrote that Pelosi was “playing with fire” and that “there must be serious consequences for her visit.”

In his most recent comments about the highly tense U.S.-China-Taiwan situation, as reported by Newsweek, Hu asserted that there is a “very high probability” that there will “ultimately” be a “direct military confrontation.” He noted there was a “sense of crisis” in Taiwan.

“As the situation in the Taiwan Strait deteriorates, we must prepare for a military struggle,” Hu wrote.

Regardless of who starts the confrontation, Hu added that any kind of “high-intensity military crisis,” even if not war, would be highly consequential.

As to whether the U.S. would aid Taiwan with military support in the event of a Chinese invasion, Sen. Graham declared on Friday during his meeting with President Tsai Ing-Wen that “every option is on the table.”

Tensions have continued to rise between China and Taiwan since the start of Russia’s invasion of Ukraine, which triggered heightened speculation about the possibility of China invading Taiwan. The U.S. continues to showcase support for Taiwan by sending high-profile envoys to the island nation’s capital.