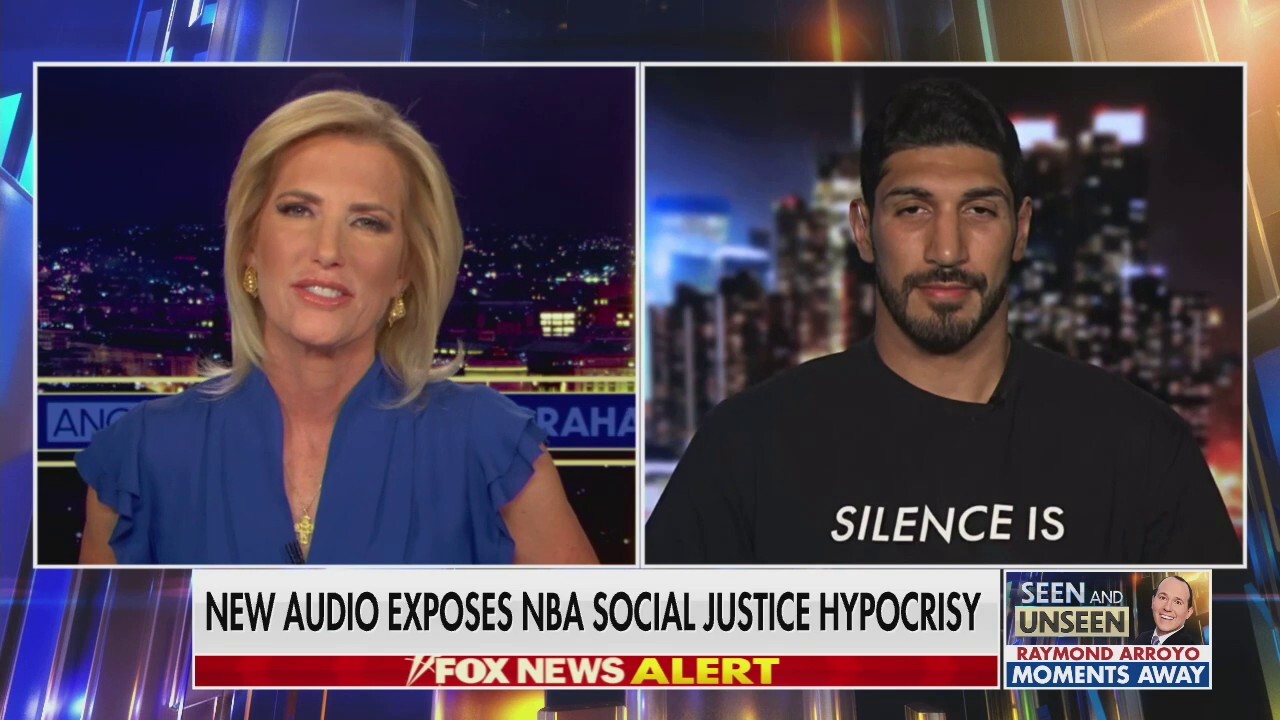 Former Boston Celtics player Enes Kanter Freedom explained why the NBA is “really mad” as its hypocritical business ties to communist China are exposed Wednesday on “The Ingraham Angle.”

KANTER FREEDOM: Everything the NBA does is either for money or a publicity stunt. It’s been like that for years, so I’m not really surprised. They could care less about the players, about the coaching staff and the fans as long as the league image is profitable.

And finally, they are really mad because someone finally from the inside who played 11 years in this league — [is] going out there and exposing them one by one. And that is unacceptable… What is unacceptable is how they can bow down to the biggest dictatorship out there in the world. So that hurt my heart. I was like, “You know what? Enough is enough. Someone has to call out this hypocrisy.” And I did it.