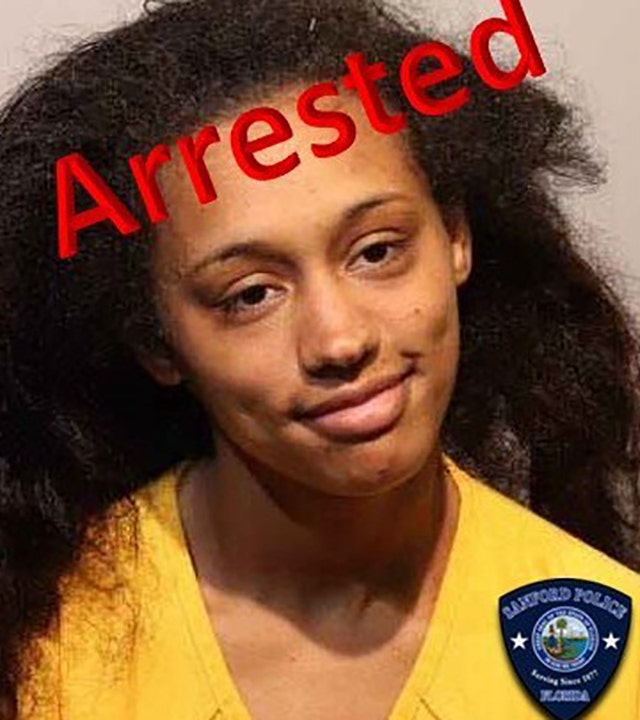 A Florida woman has been arrested after video posted to social media purportedly shows her slapping her infant child in the face, authorities said.

Tya Posley, 23, was charged with one count of cruelty toward a child/abuse after police were alerted Tuesday to a “disturbing” video that was circulating online, the Sanford Police Department said.

Posley was identified as the woman in the video yelling, “Your daddy wants to post s— right, he want to f—ing post s— and not answer the God d— phone. I hate your a–,” according to an arrest report obtained by FOX35 Orlando. The report said Posley appears to slap the one-year-old child in the face and back in the video.

Tya Posley, 23, was charged with one count cruelty toward a child/abuse in connection to a social media video purportedly showing her striking an infant.
(Sanford Police Department )

After viewing the video, police said officers conducted a welfare check at Posley’s residence in the Windchase Apartment complex where officers located Posley and the infant.

Police said investigators were told Posley’s alleged abuse of the infant had been going on for a year, the station reported.

Police Chief Cecil Smith said the video, which appears to no longer be available online, shows that what the “helpless” infant endured was “gut-wrenching and infuriating.”

“Though social media often brings about many challenges, today is a day I am grateful for it as it brought forth swift relief and protection for this young child,” Smith said in a written statement. “Thank you to the many citizens who saw this video and immediately alerted us. You may very well have saved this infant’s life.”

The baby was removed from Posley’s custody and placed into the care of Child Protective Services.

Authorities have asked anyone with information about the incident to contact the Sanford Police Department or Crimeline at 800 423-TIPS (8477).