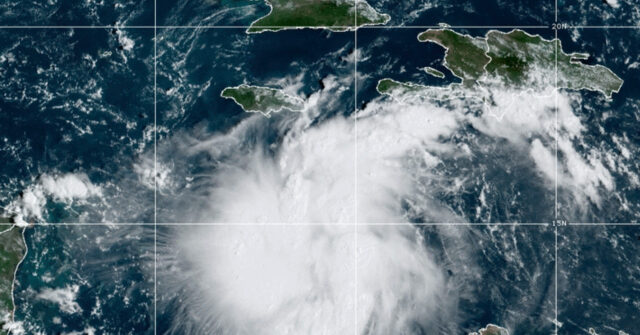 Florida is now seeing its first mandatory evacuations in anticipation of Hurricane Ian, which could bring “life-threatening storm surge” along “much of the Florida West Coast,” according to the National Hurricane Center (NHC).

A mandatory evacuation has been issued for certain parts of Tampa, per Hillsborough County officials.

The evacuation order take effect at 2PM. Please visit the website to type in your address and find your zone:

Schools are also announcing closures, per the Weather Channel:

E​ckerd College in St. Petersburg is shutting down, including closing dorms, at 3 p.m. Monday.

T​he University of South Florida is canceling classes through at least Thursday. The college has campuses in Tampa, St. Petersburg and Sarasota. For now, dorms remain open.

T​he University of Tampa is closing for the entire week, including canceling all classes and shutting down campus offices.

Hurricane Ian is expected to strengthen to a major hurricane this week as it approaches the west coast of the Sunshine State. Gov. Ron DeSantis (R) has declared a state of emergency for all Florida counties, making it clear that the effects will be felt broadly.

“The impacts will be broad throughout the state of Florida. Don’t get too wedded to those cones where they have the dot going in landfall,” DeSantis said during a press conference Sunday.

“There’s going to be pretty broad impacts throughout throughout the state. … There could be flooding on the east coast of Florida as a result of this. It’s a big storm,” he warned.

The 11 a.m. update from the NHC warns that “hurricane-force winds are possible in the hurricane beach area in west-central Florida beginning Wednesday morning with tropical storm conditions possible by late Tuesday.” It also warns of the possibility of  “life-threatening storm surge” along “much of the Florida West Coast, with the highest risk from Fort Myers to the Tampa Bay region.”