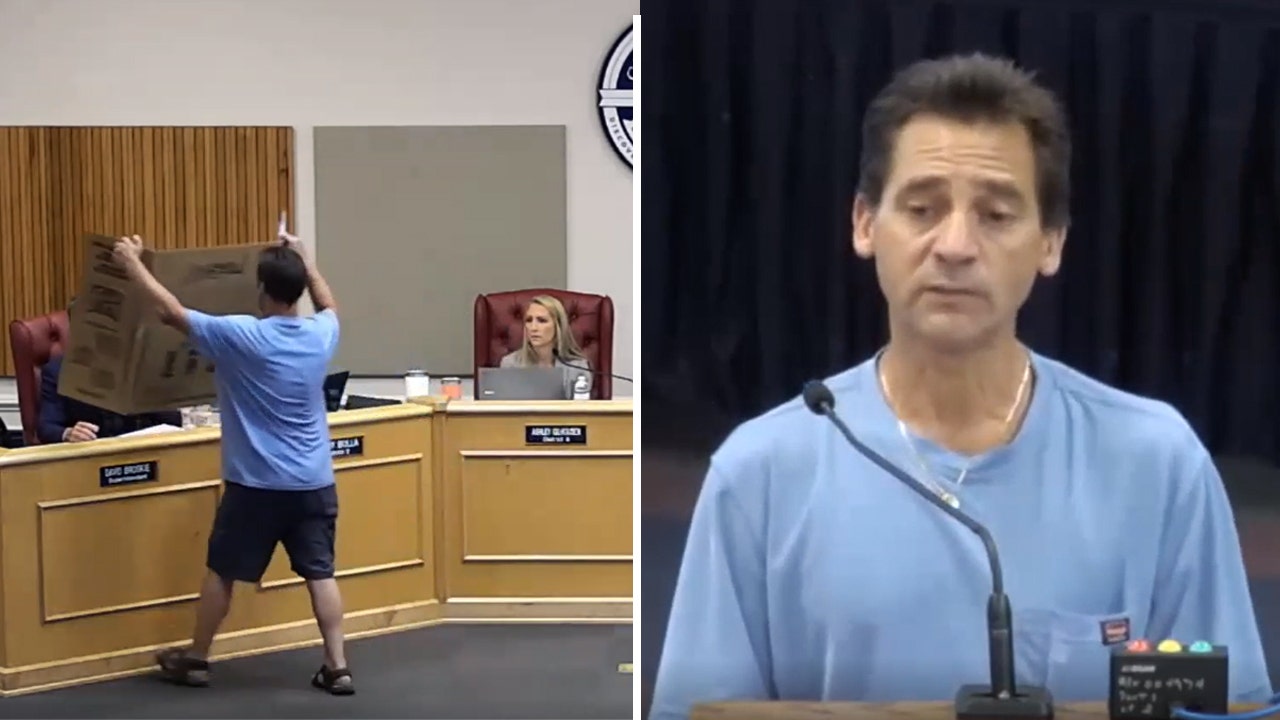 EXCLUSIVE – A Florida school board cut off a dad’s microphone, saying that the content he was reading was “pornography” as he tried to expose the materials he said were in schools.

The Clay County School District dad, Bruce Friedman, told Fox News Digital, “These books are so vile that reading any excerpt that I captured will end this interview.”

“Somebody failed drastically in their mission to protect children,” said Friedman, the president of Florida’s No Left Turn in Education, a group focused on exposing indoctrination in U.S. public schools. “As soon as I announced that I was going to read from some books that parents… found in the public school libraries that are clearly pornographic, [they] had the mic cut off.”

At a June 30 school board meeting, Friedman began to read from one of the books.

“I’m going to read things; if there’s children watching, cover their ears,” he said at the meeting.

SOUTH DAKOTANS FLAME SCHOOL BOARD MEETING OVER ‘PORNOGRAPHIC’ BOOKS: ‘THIS IS THE MARXIST GLOBAL REVOLUTION’

One of the books the dad raised at the school board meeting was “Lucky” by Alice Sebold, which entails a story of a college girl who was raped and included details of the attack. The Destiny Discover online library software in Fleming Island High School and Orange Park High School in Clay County included the title “Lucky.”

“I’m going to stop you right there, sir,” Friedman was told. “Turn off his microphone, please.”

The dad was told by the school board that he would not be allowed to read “pornography” on the broadcast, as it violated the law.

Bruce Friedman of No Left Turn in Education, speaks out at the Clay County School District in Green Cove Springs, Florida.
(Fox News )

Friedman then protested, stating he would want the floor back.

Fox News Digital reached out to the school board but did not immediately receive a response.

At one point Friedman went up to one of the school board members to put the triboard poster he created right in front of him.

Friedman became an advocate to protect children in schools from curricula he deems to be “poison” because he “has skin in the game.” He wants his 15-year-old son to be in the public school system and come home unharmed.

The dad had previously placed his now 15-year-old son in a New York public school for kindergarten and first grade, which caused “considerable harm” to him.

“In my experience, people don’t get off the couch until it’s on fire. People don’t work to protect their children until they’re harmed. In my case, the same applies. I sent my son to New York… public school for kindergarten and first grade – they did considerable harm to my boy,” he said. “That is why I’m here – I never shook it off. I never stopped fighting. We got him into a private school promptly after first grade, but the damage was done. It took five years, in my opinion, to put him back on the right track.”

The dad describes his son as “bright,” “gifted,” and “a fine young man who is considerably smarter than I am.”

“He makes me proud, but I am not going to stick him in a school with groomers and pedophiles and twisted sick people that think these… books and many like them are okay to present to a child. They are not okay. There’s no literal literary value to any of this. It’s poison.”

“People are arguing about things like drag queen story hour, whether or not is it appropriate for children to learn that other kinds of persons and lifestyles exist,” he said.

“I saw this recently, so I’m going to repeat it. We shouldn’t be asking whether or not it’s okay for our children to sit in on a drag queen story hour, we should be asking why the drag queens want an audience of children.”

In addition to schools around the county introducing sexual topics to kids, Friedman said he was concerned about critical race theory.

“In my opinion,” he said, “[it] is the worst piece of any curriculum to ever be presented to an American child.”

“It is so much worse than anyone could possibly believe that it’s mind-boggling. To be prepared for that battle, I took courses as if I was going to be required to teach critical race theory. I know it that well. I know exactly how bad it is, and it is bad for children of every color,” he said.

Friedman said that CRT has alternative names such as diversity, equity, and inclusion; as well as intersectionality and inclusivity.

“All of that is the same junk. And all of it is designed to divide us and make us hate each other. Our children deserve better. They should be taught reading, writing, arithmetic. Put them on the bus and send them home safe. Do your job. Stay in your lane,” he said.

“No good comes of this poison. Thank God Ron DeSantis is helping us get it out,” he said.

“The destruction of the nuclear family is one of their goals. Anything that sterilizes children, weakens the family, or otherwise overwhelms and burdens society to the point where people would be desperate and would fall naturally to rely on their government is their goal. Their further goal is power – power over the parents, power over their children,” he said.

“I don’t believe that the unions… have children as number one in their mission statement. Their first goal is to maintain the status quo at any cost. And if children suffer, well, life’s unfair.”

“They won’t be happy until we’re all equal; socialism is shared misery. [But] we’re going to do better. We have a constitution.”

Hannah Grossman is an associate editor at Fox News Digital. Story tips can be sent on Twitter: @GrossmanHannah.