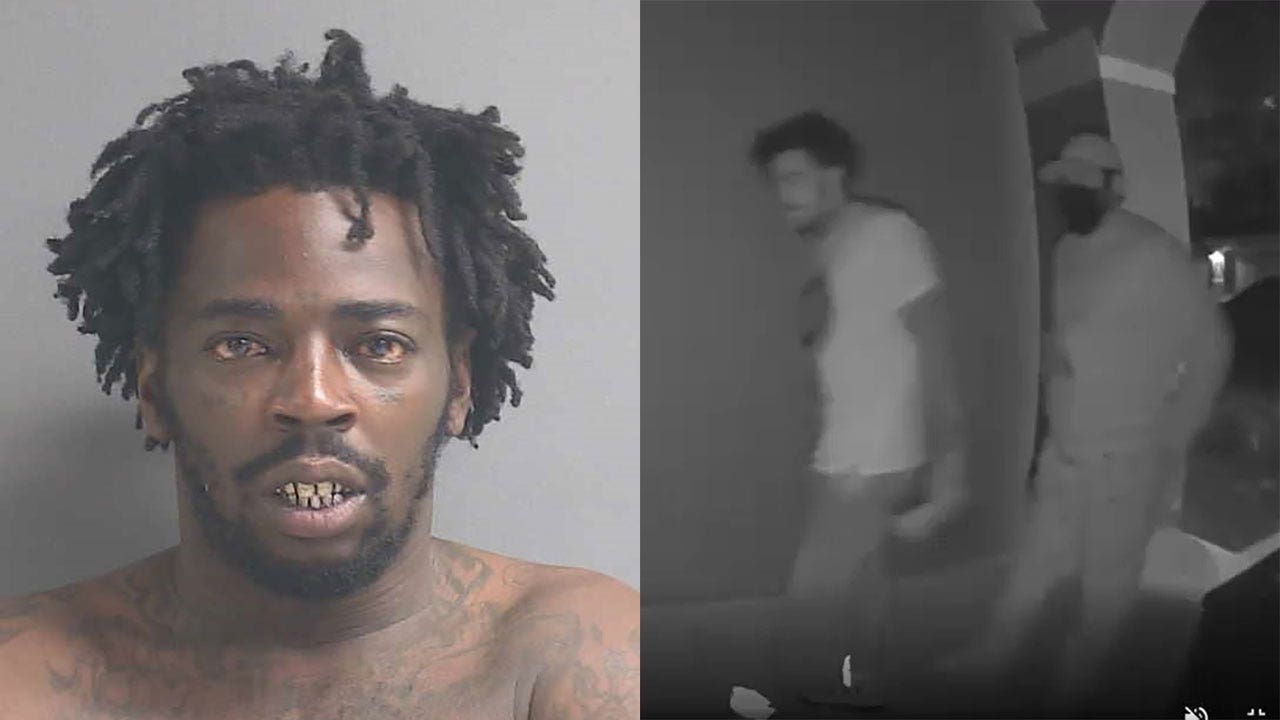 Florida authorities revealed on Monday that it was an out-of-state Airbnb owner who spotted three men on a security camera carrying what appeared to be a dead body out of her home and alerted investigators, who are now searching for the accomplice of the murder suspect since arrested over the Easter weekend.

At a press conference on Monday, Polk County Sheriff Grady Judd revealed detectives have since identified the three men seen carrying out a fatally wounded 29-year-old Xavier Antonio Johnson from an Airbnb property in Davenport, Florida, on April 13. The house was being used to sell trafficking amounts of marijuana since April 8 when the group took occupancy of the residence, Judd said.

The sheriff’s office released a clip of the surveillance video in hopes of identifying the three men who detectives believe then drove Johnson to Heart of Florida hospital and fled. Johnson succumbed to his injuries at the hospital, and Judd said investigators were able to find the crime scene after the out-of-state Airbnb owner alerted his office to what she saw on her Ring doorbell camera.

“The owner of the Airbnb looked on the security cameras and saw this traffic in and out of her house, saw this apparently deceased or very seriously injured person being carried out, and she called us,” Judd told reporters Monday. “And that’s how we found the crime scene.”

Judd said the three men have since been identified and are under investigation. The sheriff on Monday announced the arrest of the murder suspect and said investigators were seeking to identify his associate seen arriving at the Airbnb and later fleeing in a hurry in a second video clip newly released to the public.

Justin Jenkins, 29, was arrested in Volusia County, Florida, on an out-of-county warrant charging him with first degree murder and robbery with a firearm/deadly weapon. His criminal history includes 35 previous felonies and 20 previous misdemeanors, Judd said. He will be transferred to the Polk County Jail at a later date. He served three stints in state prison and was known to police in his hometown of Eustis in Lake County, Florida.

“This case is far from over but what we need is his partner. His partner that helped murder someone,” Judd said, appealing to “social media sleuths” for any information. “Justin Jenkins and his partner came all the way from South Daytona to Davenport, Florida, to as they say, ‘hit a lick,’ to rob at gunpoint a dope dealer, a marijuana dealer and in the process, murdered the guy.”

Judd also used the murder to criticize individuals who claim marijuana is a “low-level nonviolent drug.”

Anyone with information on the investigation is encouraged to contact the Polk County Sheriff’s Office at 863-298-6200. Tipsters who wish to remain anonymous can also be eligible for a $5,000 cash reward and can contact Heartland Crime Stoppers.