First ‘plane swap’ stunt unsuccessful as plane spirals out of control in Arizona; no injuries reported 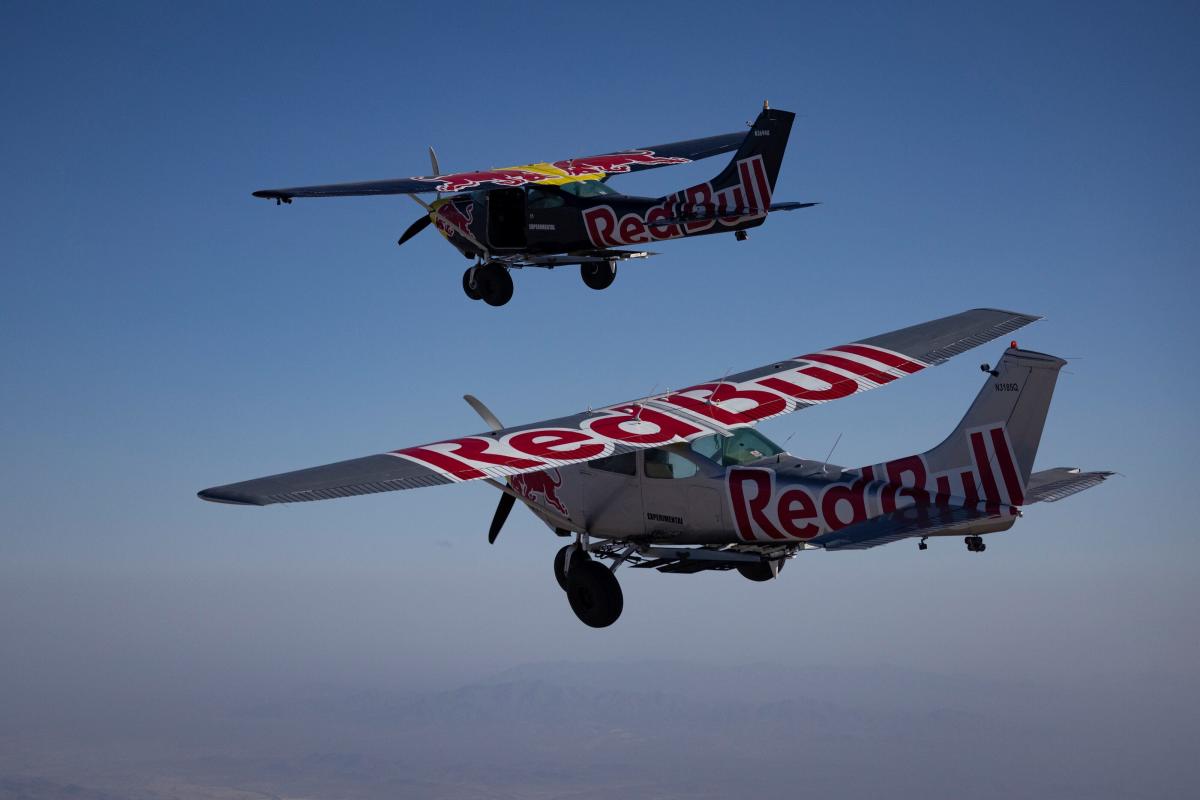 Aviation history will have to wait but disaster was avoided.

Two cousins, Luke Aikins and Andy Farrington, were unsuccessful in completing the first “plane swap” Sunday night over the Arizona skies, as one plane spiraled out of control as the two pilots were thousands of feet in the air.

Both pilots were safe with no reported injuries.

The Red Bull-sponsored flight, which took place at an undisclosed location in Arizona, began as the two pilots ascended to the skies at about 5:45 p.m. local time.

Nearly an hour later, the two jumped out at 12,100 feet in the air with the airbrake system engaged on both planes. Aikins was able to successfully get into the other plane, but Farrington was unable to.

The plane spiraled out of control as Farrington could be heard saying on-air “blue plane is out of control.” Farrington then deployed his parachute and safely landed in a remote area. The uncontrolled plane had a parachute on it that automatically activated when it got to a certain altitude, and it was deployed before touching the ground.

The condition and location of the plane weren’t immediately known.

“It just went and instead of stopping in that 90 degree dive, it just kept going and got over on his back,” Farrington said. “It was just not a chance.”

“You’re just happy everybody’s here and good and all that stuff, but just disappointed,” he added.

The key to the mission was the custom-made airbrakes, made with the help of Paulo Iscold, engineer and professor at California Polytechnic State University, San Luis Obispo..

The brake was developed and tested multiple times over the air in San Luis Obispo, California, more than 150 miles north of Los Angeles, which allowed the planes to somewhat slow down, as they traveled at speeds of up to 140 miles per hour.

Aikins noted they were able to test everything for the stunt but the actual dive. He said the plane losing its center of gravity could have played a role during the nosedive.

“I thought I left Andy a good plane. I’m trying to think of what else I could have done to make it better for him when I left,” Aikins said. “We do what we can to prepare for this stuff and we hope it never happens. This is the best outcome of a bummer situation, really.”

As for if the duo will attempt the stunt again, Aikins said “we are going to go back and figure this out.”