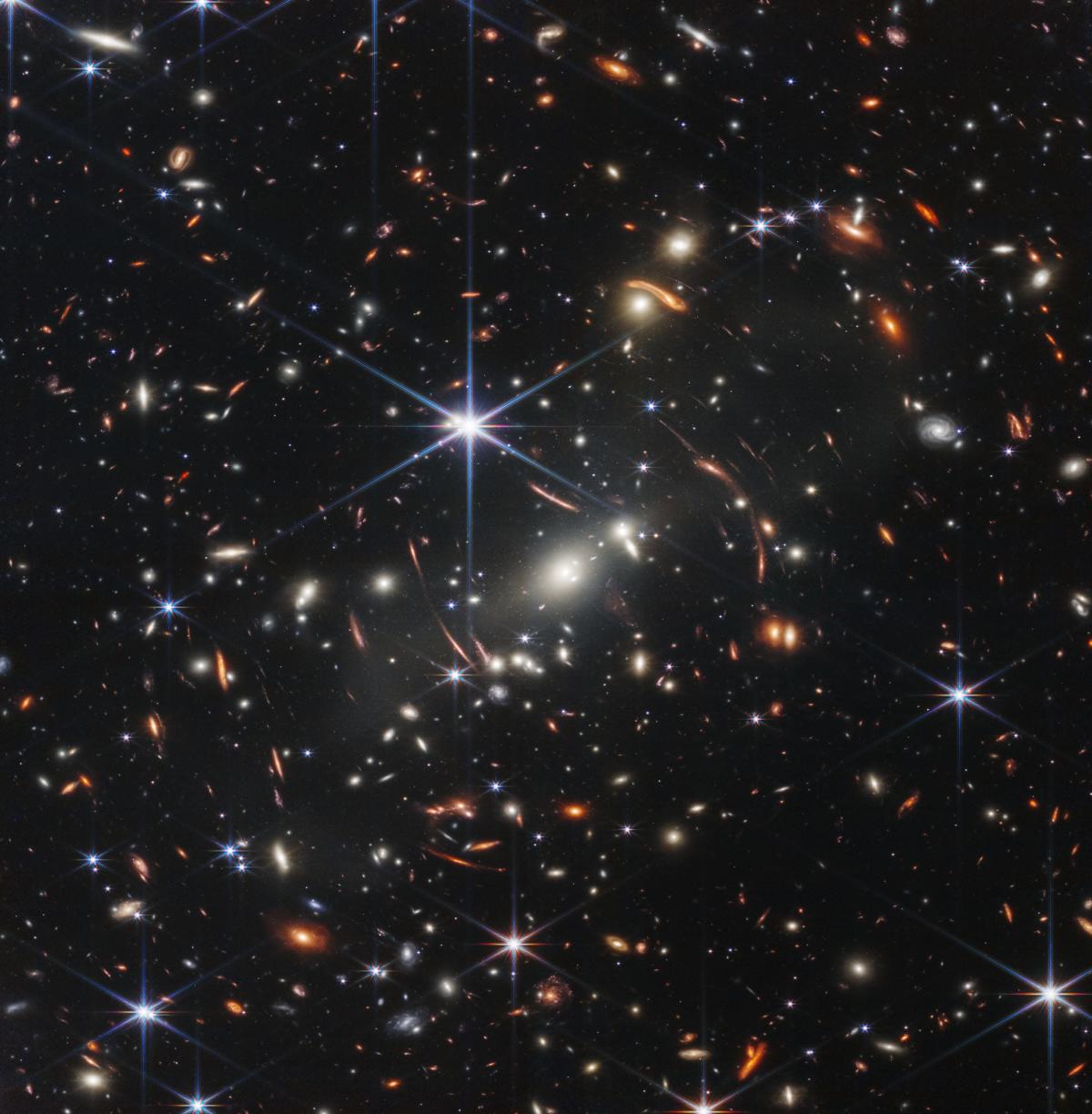 The first image shows thousands of galaxies – including the faintest objects ever observed – which have appeared in Webb’s view for the first time. This is the deepest view of the cosmos ever captured.

“Today is an historic day” said President Biden. “The first image from the Webb Space Telescope represents a historic moment for science and technology,” he said. “For astronomy and space exploration.”

“And for America and all humanity,” he added.

The images are the first wave of full-color scientific images the telescope has gathered, showing the farthest humanity has ever seen in both time and distance.

What is the James Webb Space Telescope?

Webb, an international partnership with European and Canadian space agencies that had been planned since the early 1990s, launched in December from French Guiana.

After unfolding into its final form in space and successfully reaching its destination 1 million miles from Earth, the telescope recently completed its months-long process of preparing for science operations.

The size of a tennis court and three stories high, the Webb is the largest telescope ever sent into space. It’s also an astounding 100 times more powerful than the famed but aging Hubble Space Telescope, which is now 32 years old.

Looking back in time and space

Telescopes not only see things that are far away in distance, they also can look back in time because of how long it takes light from galaxies far away to reach Earth. That allows the Webb telescope, using infrared wavelengths, to see the first stars and galaxies that formed some 13 billion years ago, shortly after the Big Bang.

According to NASA, Webb will explore every phase of cosmic history – from within the solar system to the most distant observable galaxies in the early universe, and everything in between.

“Webb can see backwards in time to just after the Big Bang by looking for galaxies that are so far away that the light has taken many billions of years to get from those galaxies to our telescopes,” said Jonathan Gardner, Webb’s deputy project scientist said in a recent media briefing.

Webb uses a massive, 21-foot primary mirror made up of hexagonal tiles to study the cosmos. Its main capability is infrared observation, meaning it will be able to peer through obstacles like dust clouds to see the early phases of star formation. Scientists even hope to see the atmospheric compositions of promising far-off planets.

Thomas Zurbuchen, NASA’s science mission chief said, with the new telescope, the cosmos is “giving up secrets that had been there for many, many decades, centuries, millennia.”

“It’s not an image. It’s a new world view that you’re going to see,” he said during a recent media briefing.

Zurbuchen said when he saw the images he got emotional and so did his colleagues: “It’s really hard to not look at the universe in new light and not just have a moment that is deeply personal.”

The images were selected by an international committee of representatives from NASA, the European Space Agency, the Canadian Space Agency, and the Space Telescope Science Institute.

Who was James Webb?

The machine’s namesake, James Webb, was NASA’s second administrator, who served from 1961 to 1968.