Firefighters Use Sprinklers to Save Giant Sequoias in Yosemite 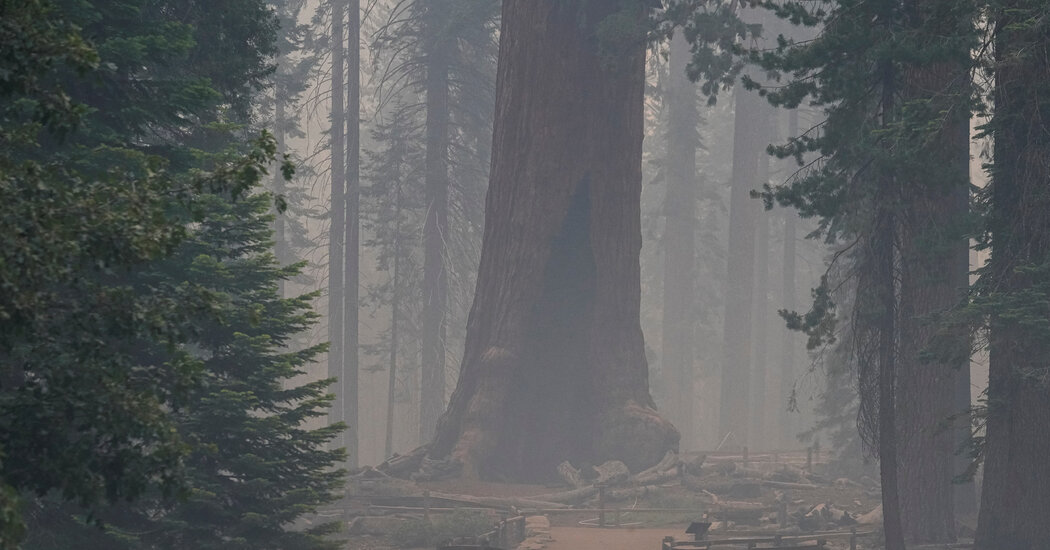 In a 15-month period between 2020 and 2021, an estimated 13 to 19 percent of the world’s population of sequoia trees were killed or mortally wounded, according to a report by the National Park Service. The number is especially staggering, scientists say, given how few died in the preceding centuries.

“I’ve counted a lot of dead giant sequoias, and I don’t like it,” said Mr. Dickman, the forest ecologist, who spent last fall counting the trees felled by the Windy fire. At the end of the day, Mr. Dickman would get into his car, put his head on his steering wheel and sob.

“It’s like counting dead people,” he added. “It clobbered me.”

On Tuesday morning, officials said that the mature giant sequoias of the Mariposa Grove had “so far avoided serious damage” from the fire, and that they were feeling confident they could save them.

The cause of the Washburn fire was under investigation, but it was most likely caused by humans, Cicely Muldoon, the superintendent for Yosemite National Park, said at a community meeting on Monday evening.

“As you all know, there was no lightning on that day,” Ms. Muldoon said.

As much as the fight to save the sequoias is a battle against the relentless force of global warming, it is also a bid to save a piece of ancient history and the West’s cultural heritage. The Mariposa Grove — first protected by Abraham Lincoln in 1864 — was “the root of the whole national parks system,” Ms. Muldoon noted.

An image of the Grizzly Giant taken in 1861 by Carleton Watkins was among the first photographs of Yosemite sent east, according to the Metropolitan Museum of Art, and “helped clinch the notion that Yosemite was a relict of Eden in North America.”