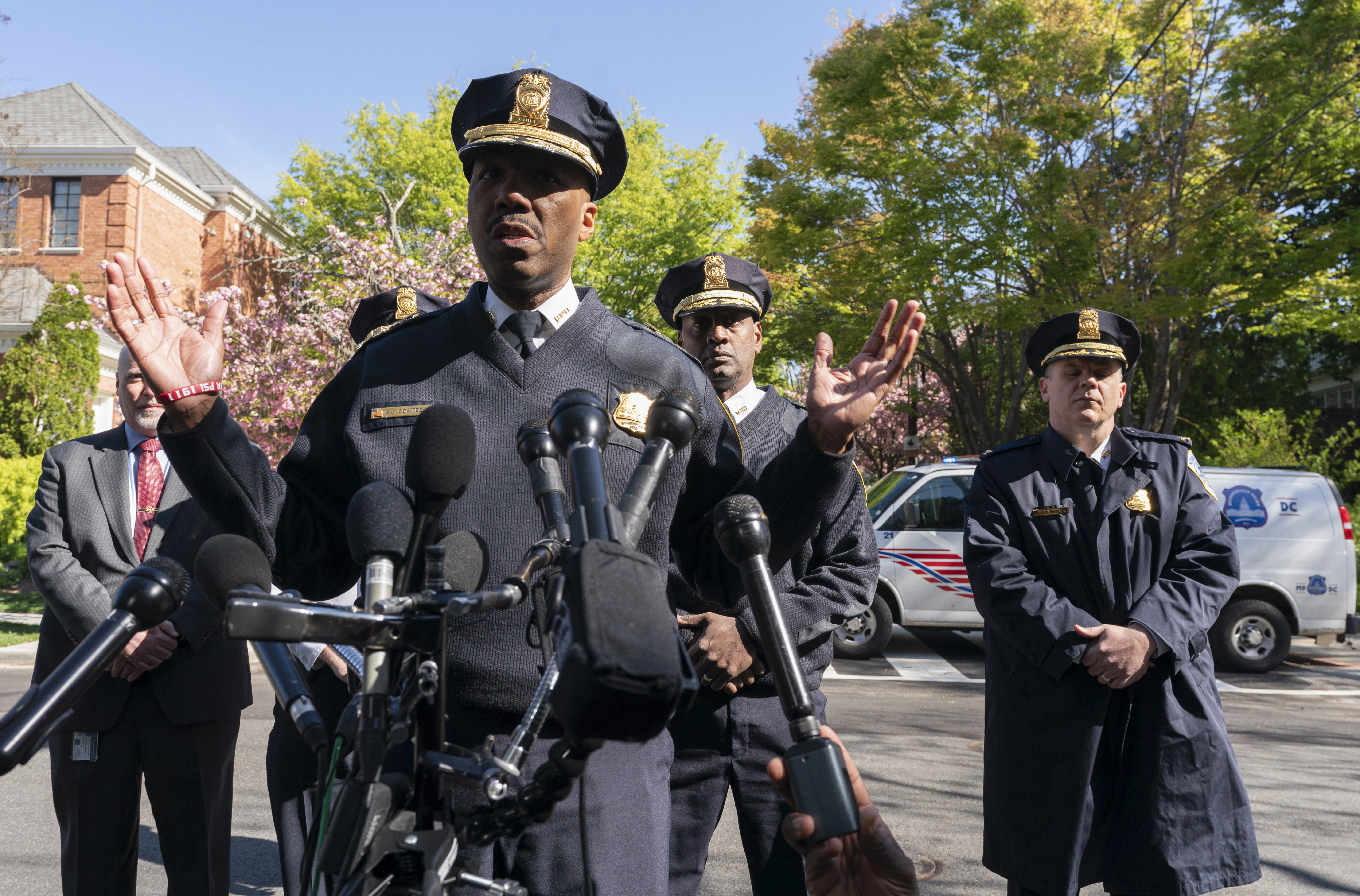 The officers then shot the man, who was pronounced dead at the scene, Contee said. His identity has not been released.

The sprawling residence is one of the largest homes in Washington and is surrounded by trees. It is just outside of the 1,754 acre Rock Creek Park that winds through Washington.

Investigators are still trying to discern why the man was at the ambassador’s home and why he was smashing the windows, Contee said. Several windows and doors around the large property had been shattered, he said.

“We’re still in the very early stages of the investigation,” Contee said. “We don’t know who this individual is, we don’t know why this person was on the ambassador’s residential property.”

Contee said the man appeared to be in his late 20s or 30s and authorities had not yet determined whether he was carrying any type of identification.

Investigators have not yet identified a motive, but Contee said it “appears to be isolated to this particular embassy residence.”