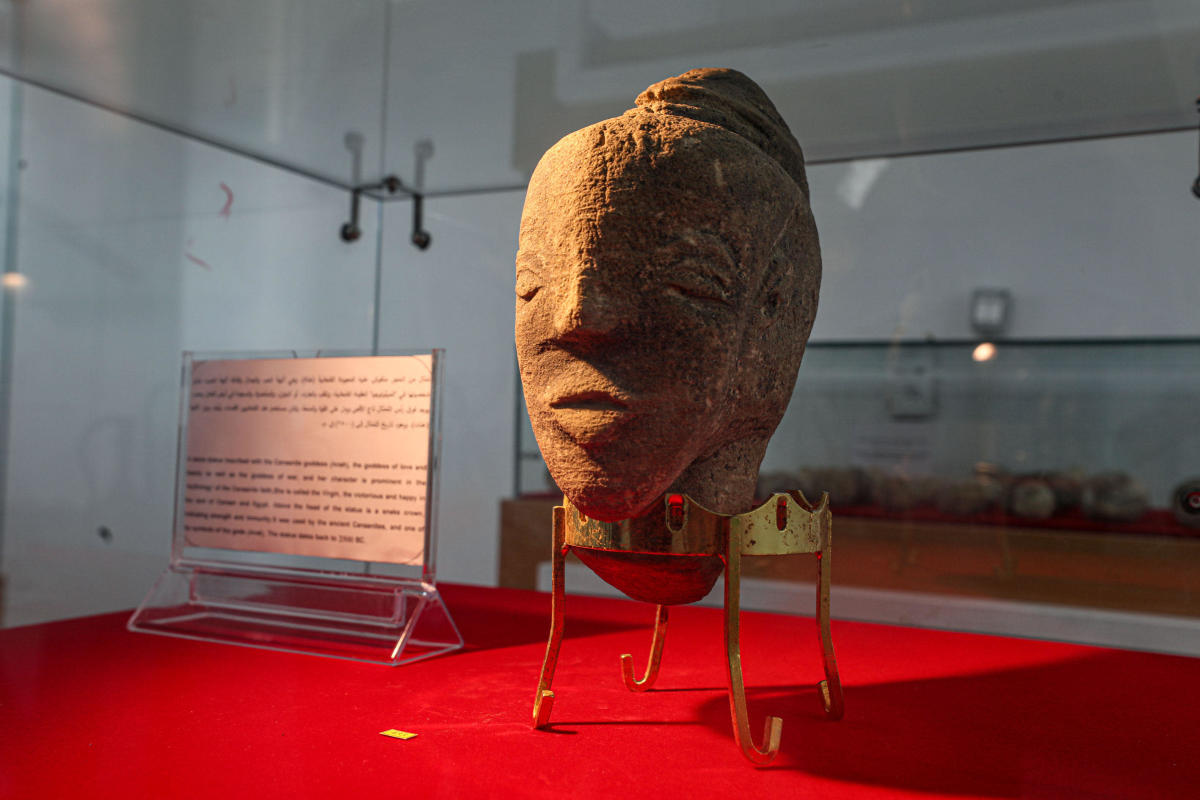 A stone statuette more than 4,500 years old depicting the face of an ancient goddess was discovered in the southern Gaza Strip, archaeological authorities in the Palestinian enclave announced Monday.

Carved out of limestone and 22 centimeters long, the 2500 B.C. statuette was found by a farmer working his land in Khan Younis, according to the ministry of tourism and antiquities for Hamas, the Islamist movement that rules Gaza.

“The statue represents the Canaanite goddess Anat,” Jamal Abu Reda, who is in charge of antiquities at the ministry, said in a statement.

Gaza: The Ministry of Tourism and Antiquities in Gaza announces the discovery of a Canaanite statue inside a land in Khan Yunis in the southern Gaza Strip, dating back to 2500 BC. pic.twitter.com/o3Zsw6L06F

Anat, one of the best-known Canaanite deities, was the goddess of love and war.

It was uncovered on what was an important “overland trade route for several civilizations” that lived in what is now the Gaza Strip, Abu Reda said.

“We found it by chance. It was muddy and we washed it with water,” farmer Nidal Abu Eid told BBC News. “We realized that it was a precious thing, but we didn’t know it was of such great archaeological value.”

The find was the latest in Gaza, where tourism at archaeological sites is limited due to an Israeli blockade imposed since the militant group Hamas took over the enclave in 2007.

In February, workers at a construction site in northern Gaza discovered 31 Roman-era tombs dating to the first century A.D.

Israel and Egypt, which shares a border with Gaza, tightly restrict the flow of people in and out of the impoverished territory, which is home to about 2.3 million Palestinians.

In January, Hamas reopened the remains of a fifth-century Byzantine church following a years-long restoration effort backed by foreign donors.

Also this week, antiquities authorities in Egypt said archaeologists unearthed the ruins of a temple for the ancient Greek god Zeus in the Sinai Peninsula. The Tourism and Antiquities Ministry said in a statement the temple ruins were found in the Tell el-Farma archaeological site in the northwestern corner of Sinai.

MoneyWatch: The cost of rent is on the rise