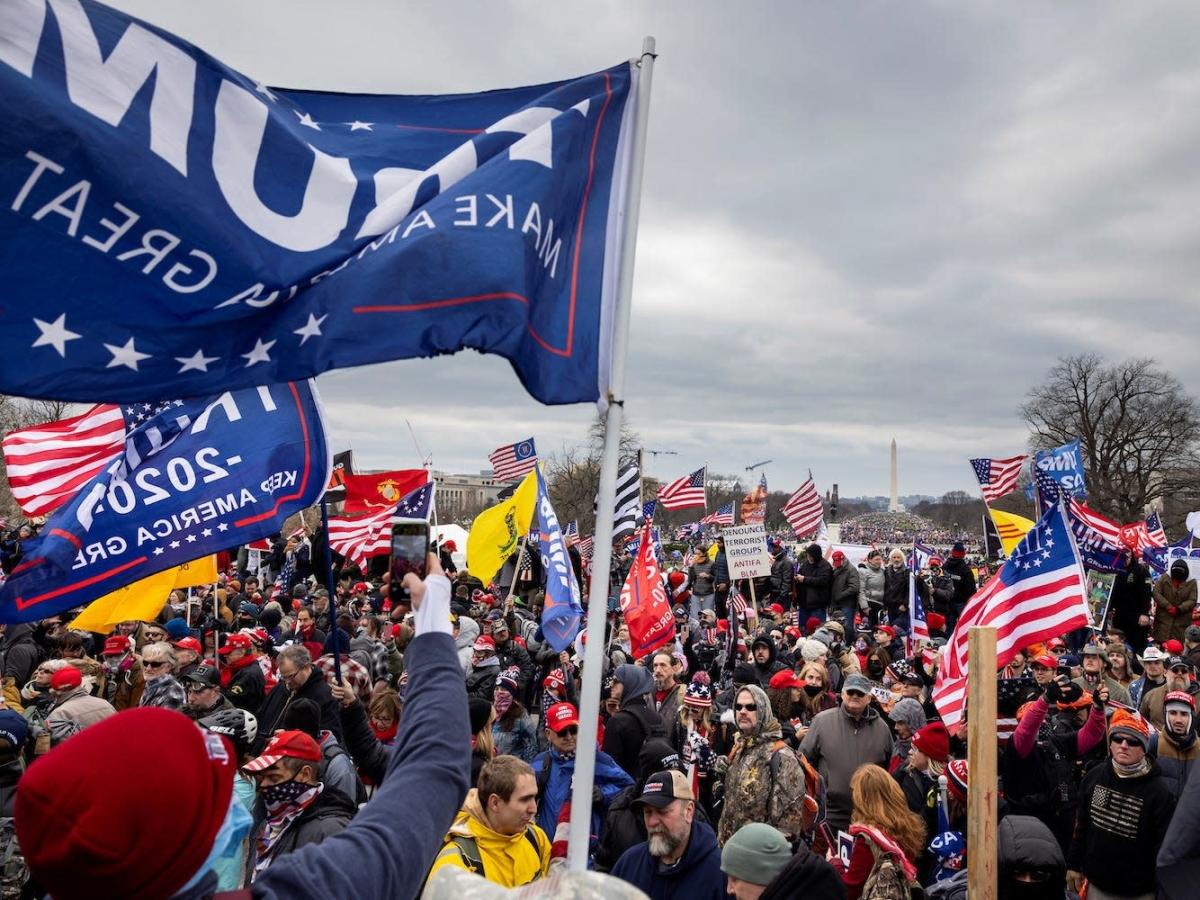 An expert in political violence says extremists could be leading the US toward a modern-day civil war.

Barbara F. Walter, a political science professor at the University of California at San Diego, spoke to The Washington Post earlier this year about the perilous state of American democracy in a far-ranging interview that trended on social media this week.

Walter, the author of “How Civil Wars Start: And How to Stop Them,” has spent years studying civil wars, investigating risk factors, the difficulties of resolution, and approaches to ending the conflicts.

Experts long believed each civil war was caused by its own unique set of factors, resistant to parallels or comparisons. But as methodology and technology improved, Walter told The Post that several patterns began to emerge, two of which proved to be highly predictive.

The first, she said, is a variable called anocracy. The term is a measurement used to describe several factors related to a country’s government, including how autocratic or democratic that country is. Anocracy is measured using a scale of negative 10 to positive 10, with the former being the most authoritarian and the latter being the most democratic.

Scholars ultimately found that the anocracy variable could accurately predict which countries were prone to civil wars. Neither full democracies, nor full autocracies are at a high risk of civil war. Instead, it’s the middle zones that are susceptible to instability and violence, Walter said, possibly due to weaker governments that can more easily be challenged.

The US boasted a positive 10 rating for several years, Walter said, but was briefly downgraded to a 5. It’s since been boosted to an 8.

The second risk factor, according to Walter, is when people in these unstable democracies begin to organize political parties along the lines of racial, religious, or ethnic identity, not completely dissimilar from many members of the Republican Party’s stoop toward embracing white supremacy in recent years.

“Watching what happened to the Republican Party really was the bigger surprise — that, wow, they’re doubling down on this almost white supremacist strategy,” she said.

During the Trump administration, Walter delivered a campus talk, in which she discussed the ways in which the US seemed to be priming itself for civil conflict. She said she left “despondent,” as attendees accused her of fearmongering.

“When people think about civil war, they think about the first civil war,” she said. “And in their mind, that’s what a second one would look like. And, of course, that’s not the case at all.”

The US isn’t headed toward a North versus South war with countrymen fighting one another in the fields, she said. Instead, the country is at risk of insurgency, a form of civil war, according to Walter.

“That is the 21st-century version of a civil war, especially in countries with powerful governments and powerful militaries, which is what the United States is,” Walter said.

Her expertise in the ways of insurgents helped lessen the shock of the January 6, 2021 Capitol riot, she said.

“People who study this, we’ve been seeing these groups have been around now for over 10 years,” Walter told The Post. “They’ve been growing. I know that they’re training. They’ve been in the shadows, but we know about them. I wasn’t surprised.”

The biggest emotion she felt following the siege was relief, she said. Walter called the attack a “gift,” and said the public nature of the destructive insurrection brought “this cancer” to the forefront of society.

Just because the US is exhibiting these predictive patterns, however, doesn’t necessarily mean the country is headed for all-out chaos, Walter said. But the threat grows stronger with each passing day.

“I think it’s really important for people to understand that countries that have these two factors, who get put on this watch list, have a little bit less than a 4 percent annual risk of civil war,” she told The Post. “That seems really small, but it’s not. It means that, every year that those two factors continue, the risk increases.”