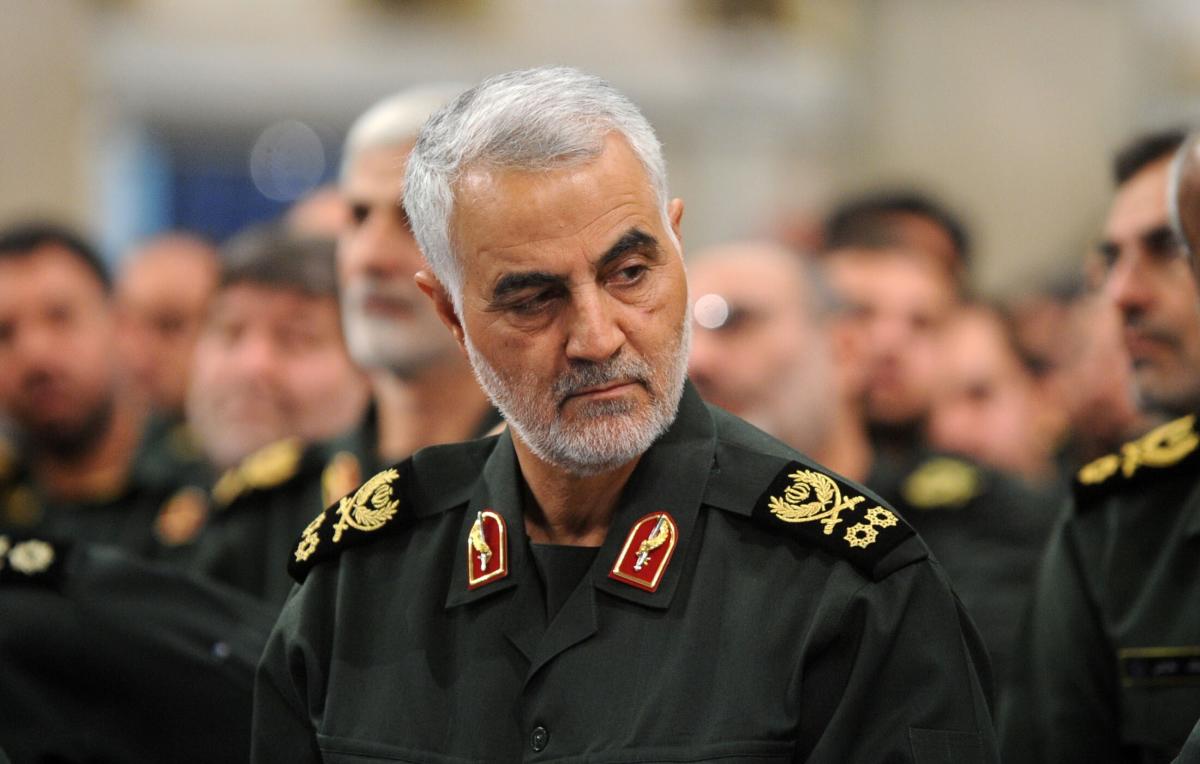 The U.S. government believes Iran may try to assassinate current or former senior American officials to avenge the death more than two years ago of its top military and intelligence commander, according to an intelligence report obtained by Yahoo News.

In January 2020, the Trump administration conducted a drone strike that killed Maj. Gen. Qassim Soleimani while he was on a trip to Iraq. Since then, the regime in Tehran has threatened revenge against those it deems responsible, and has made a series of threats and started legal proceedings against U.S. officials.

As President Biden begins his trip to the Middle East, the U.S. government believes the threat of an attack is still high.

“The Iranian regime is waging a multipronged campaign — including threats of lethal action, international legal maneuvering, and the issuance of Iranian arrest warrants and sanctions — against select US officials to avenge the death of IRGC-QF Commander Soleimani in January 2020, raising the threat at home and abroad for those Iran views as responsible for the killing,” the report states.

The National Counterterrorism Center, which produced the June intelligence report, declined comment. The U.S. Secret Service did not immediately respond to a request for comment.

“Since January 2021, Tehran has publicly expressed a willingness to conduct lethal operations inside the United States and has consistently identified former President Donald Trump, former Secretary of State Michael Pompeo, and former CENTCOM Commander General Kenneth McKenzie as among its priority targets for retribution,” the report said. “Iran would probably view the killing or prosecution of a US official it considers equivalent in rank and stature to Soleimani or responsible for his death as successful retaliatory actions.”

This comes as the Biden administration contemplates reviving the 2015 Iran nuclear deal established under Obama and dismantled by Biden’s predecessor.

The intelligence report, which is marked “Not For Public Release” and “For Official Use Only” is dated June 16, 2022, two days after the White House officially announced Biden’s trip to the Middle East.

Biden landed in Israel Wednesday for the first part of the trip, after which he is expected to fly to Saudi Arabia.

On Monday, Biden’s National Security Advisor Jake Sullivan announced Iranian plans to provide missiles and training to Russia in support of its war against Ukraine. Biden’s trip to the Middle East is the first of his presidency and he is expected to try to rally support against Iran, and to try to calm tensions in the region.

The intelligence bulletin obtained by Yahoo News appears to be part of the Biden administration’s broader efforts to call attention to the threat posed by the Iranian regime and to garner support from policy makers across the aisle and others.

A National Security Council spokesperson declined to comment on the document itself, but said in a statement to Yahoo News that the U.S. “will protect and defend its citizens,” including “those serving the United States now and those who formerly served.”

The NSC also said that a “mutual return” to full implementation of the Iran nuclear deal, also known as the Joint Comprehensive Plan of Action, remains “in America’s national interest. It is the best available option to restrict Iran’s nuclear program and provide a platform to address Iran’s destabilizing conduct.”

The June intelligence bulletin was widely circulated inside the government and to law enforcement nationwide. It is based on an analysis of statements and other actions taken by the Iranian regime, and describes foiled plots to assassinate government officials and legal maneuvers and threats against specific U.S. officials.

The intelligence community and federal law enforcement agencies have been concerned about retaliatory attacks from Iran in response to the death of Soleimani even before he was killed.

Yahoo News previously reported that concerns about retaliatory attacks after his death against officials involved in the Soleimani strike prompted Congress to appropriate $15 million for security for departing Secretary of State Michael Pompeo and others.

“Soleimani was the chief architect of Iran’s regional policy, and more importantly the personal connective tissue between terrorists abroad and Tehran,” said Behnam Ben Taleblu, an Iran expert and senior fellow at the Foundation for Defense of Democracies.

“The U.S. blow against a figure like Soleimani remains an unhealed wound for the world’s foremost state sponsor of terrorism, with Tehran looking to wash blood away with blood. The fact that some U.S. officials need round the clock security due to the Islamic Republic’s threats and operations should be a wakeup call to those who only see Tehran as a potential proliferation problem or a distant threat in the Middle East,” he told Yahoo News.

If the Biden administration thought Iranian thirst for revenge would abate over time, it has not, according to the intelligence report. This raises questions about how Biden plans to negotiate with a regime trying to kill American government officials.

“It is baffling how the administration is trying to negotiate a deal with a government that has a river of terror threats against current and former US officials,” Taleblu said.

In its statement, the NSC said the Biden administration and U.S. allies are “preparing equally for scenarios with and without a mutual return to full implementation of the [Iran nuclear deal]. The President will do what is in the best interests of U.S. national security.”