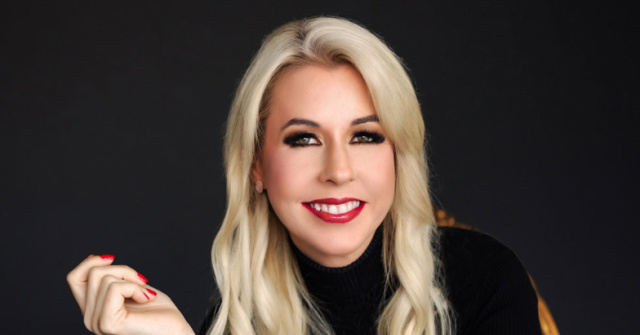 Michelle Bond, Republican candidate running to fill Rep. Lee Zeldin’s (R-NY) seat in Congress, told Breitbart News Saturday that she would combat New York’s massive crime wave by funding police with “the resources and the tools that they need to keep our communities safe.”

Breitbart News Saturday host Matthew Boyle noted the massive crime wave taking place in New York and asked Bond what she would do in Congress to address it. For Bond, combating the crime wave begins with providing law enforcement adequate funding.

“I think crime and fear are top of mind for everyone when I’m out there talking with the voters. In my district, they’re really, really upset, and I think you know, when you look at so obviously, we need to defend our police,” Bond said. “And we cannot be advocating for defunding them.”

She highlighted her endorsement from the Suffolk County Police and criticized her opponent, Nick LaLota, for voting to cut the police budget while he served on his town’s board.

“I promise to always defend our police. I backed the blue. And that starts by fighting in Congress, to supply them with the resources and the tools that they need to keep our communities safe,” Bond told Boyle.

“You know, when it comes to Congress, it’s true, there are a few different resources. I would say, there’s obviously funding, there’s fighting on the messaging and making sure that communities are kept safe, protecting things like qualified immunity. A lot of it is a state issue,” Bond said. “And that’s why I do say that it’s very, very important that we elect Republican conservative governors.”

When the conversation switched gears to the economy, Bond highlighted her service on the Securities and Exchange Commission (SEC), Sen. Richard Shelby’s (R-AL) staff, and her private sector business experience.

Bond is the only candidate “who knows how to do anything about the economy,” she explained.

“I used to work on the Senate Banking Committee for Senator Shelby, from Alabama, and I fought against really bad economic policy. I’ve been pro-business and have spent my career working on economic policy,” she said. “And I think that it’s more we need more people like me, who knows what they’re talking about, especially as we’re in a recession right now.”

She mentioned that Zeldin currently sits on the House Financial Services Committee, and her business acumen would make her best suited to fill Zeldin’s spot.

“It’s really important that the person who represents New York district One is qualified for that committee,” Bond said.

“And right now, I’m the only candidate in this race who knows how to do anything about the economy, who’s worked on these issues, who understands how business and inflation and government spending and all of that, how all of that work,” she continued.

To conclude the interview, Boyle and Bond discussed President Joe Biden’s disastrous border policy. Boyle asked Bond how she would address the problem from the congressional level.

Bond, who said that “every county is a border county now,” would advocate for finishing the wall on our southern border.

“And the way to stop this madness, as you know, is to build a wall. And look, I’m an America First conservative. I want to build the wall. We need more border security,” Bond said. “And as you said, like millions of illegals are pouring across our border since Biden took office. It has to stop. That’s why Donald Trump Jr. and Kimberly are both supporting me.”

Jordan Dixon-Hamilton is a reporter for Breitbart News. Write to him at jdixonhamilton@breitbart.com or follow him on Twitter.