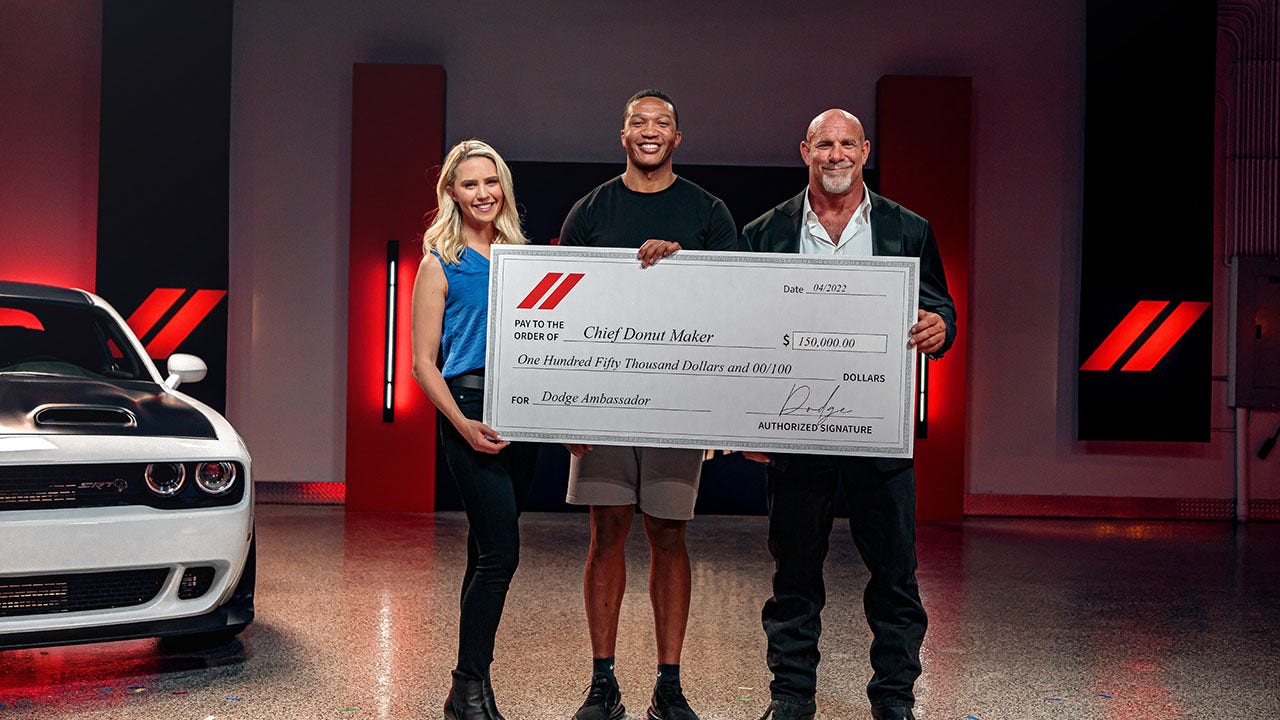 Preston Patterson just got a sweet job making donuts, but not the kind you eat.

The 32-year-old from Charlotte, N.C., is the winner of Dodge’s ‘Chief Donut Maker’ search to for the perfect person to help promote the performance-oriented brand. The name a play on the kind of donuts you do while spinning the tires on a sports car.

Dodge received 173,500 applications since it started accepting them in January and picked 10 finalists who were pitted against each other in a reality show-type competition at Radford Raceway in Arizona hosted by Bill Goldberg and Katie Osborn.

Patterson, who works in legal compliance, said “car culture is my life” and that he hopes his children are inspired by the effort he put into the contest. He’ll be paid $150,000 for a year’s work appearing at events part-time and will have the use of a black Dodge Challenger SRT Hellcat coupe.

Dodge CEO Tim Kuniskis said Patterson was the perfect winner, because he is a Dodge owner who once left the brand out of frustration for Porsche, but came back and bought a new one because he missed Dodge muscle and the community around out.

Kuniskis said that gives him a kind of credibility hyping the brand that a die-in-the-wool “Mopar or No Car” Dodge fanatic might not.

That’s important, because Patterson’s main role will be helping the brand communicate with its fan base during the lead up to its first electric vehicle launch in 2024.

Kuniskis said Dodge was chosen to be one of Stellantis’ lead brands in the transition to electric vehicles because the muscle car brand is like a burger joint in a vegetarian world and if it can make a salad that everyone wants to eat, then everything is going to be OK.