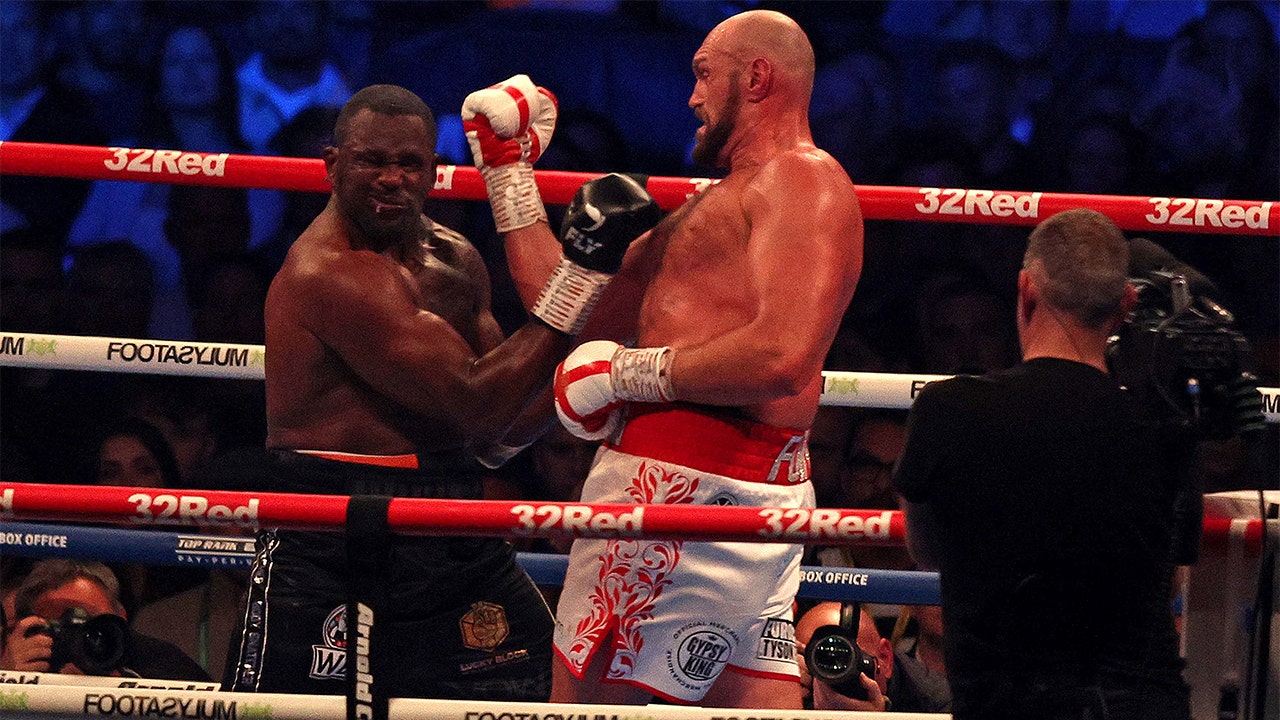 Dillian Whyte was knocked out by Tyson Fury in the sixth round of their heavyweight title fight at Wembley Stadium on Saturday.

Fury retained his belt with a devastating uppercut that connected with Whyte’s chin in the closing seconds of the round, sending him into the canvas.

But on Monday, Whyte argued that a push by Fury after the uppercut broke the rules, and hurt his ability to recover.

Britain’s Tyson Fury (R) lands a punch to knockout Britain’s Dillian Whyte in the sixth round and win their WBC heavyweight title fight at Wembley Stadium in west London, on April 23, 2022.
(Photo by ADRIAN DENNIS/AFP via Getty Images)

“I was buzzed, but obviously I was trying to regather my senses and he proper full-on pushed me … and I fell over and hit my head on the canvas, which is illegal,” Whyte said in an interview with Sky Sports.

“This isn’t wrestling, this is boxing,” he added. “I should have been allowed extra time to recover and then carried on fighting.”

After the blow, Whyte got to his feet and attempted to show he was ready to continue before staggering toward the ropes, leading the referee to end the fight.

Whyte admitted that Fury caught him with a good punch, though he argued he should have been given extra time to recover. He also described the referee’s performance as “terrible.”

“I was hurt, I was trying to get my senses together, and he full on two-handed pushed me. It wasn’t like a one-armed thing,” Whyte added. “I should have had time to recover, time to go back to my corner, but Tyson Fury gets away with a lot of things.”

After the fight, Fury suggested he could retire, saying it “might be the final curtain for the Gypsy King.”

On Monday, Whyte didn’t hold back words when asked if he wanted a rematch with Fury.

“I hope he doesn’t retire because I want another go,” Whyte said.