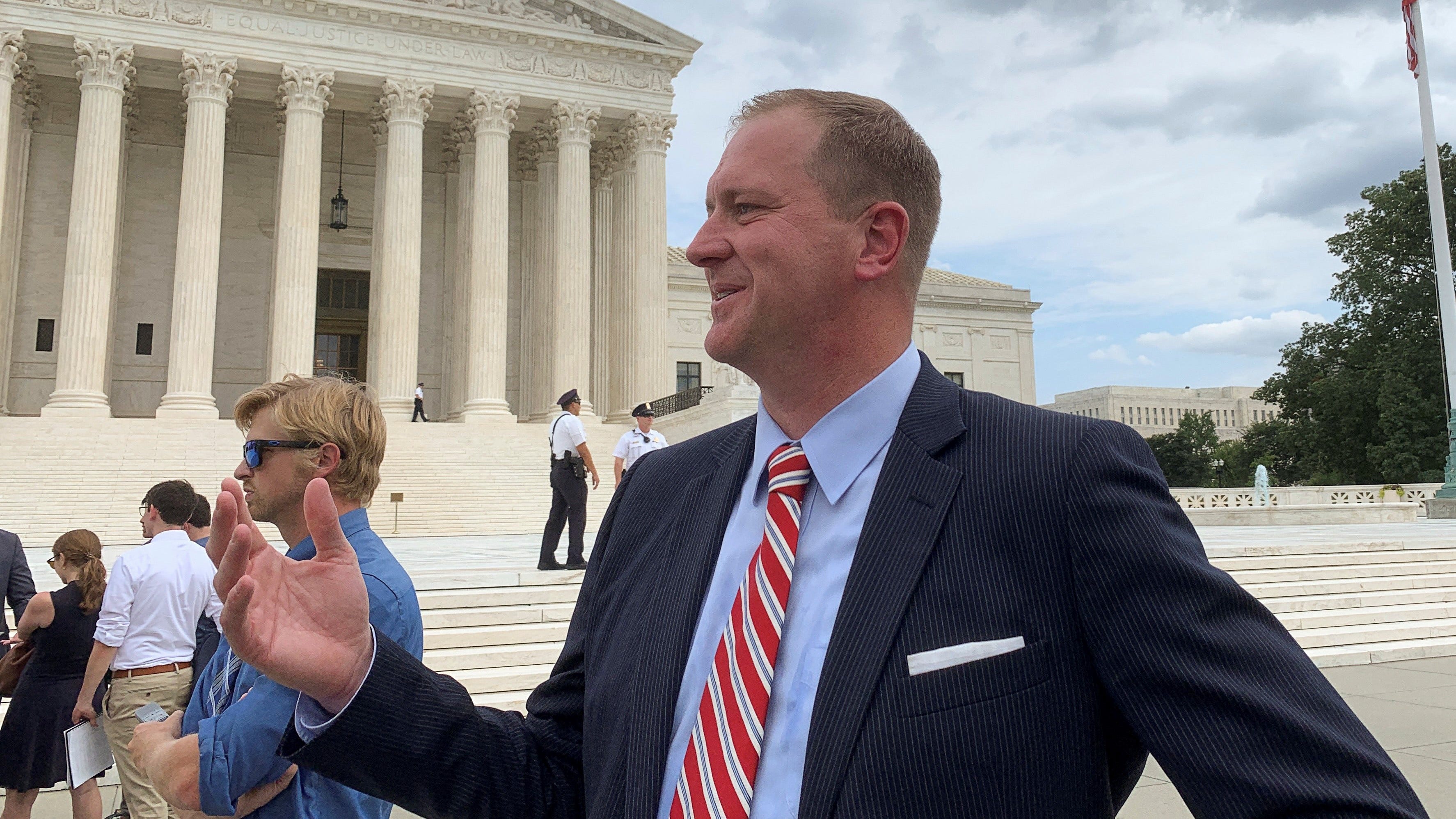 EXCLUSIVE: The top law enforcement officer in Missouri is condemning the creation of the “Orwellian” new Department of Homeland Security (DHS) misinformation board, claiming it’s another example of how the Biden administration is attacking American liberties.

DHS Secretary Alejandro Mayorkas announced that the department created a “Disinformation Governance Board” to combat online disinformation during his testimony Wednesday before the House Appropriations Subcommittee on Homeland Security.

Attorney General Eric Schmitt wrote to Mayorkas Friday, in a letter exclusively obtained by Fox News Digital, in which he states the focus of the “Orewellian” board to focus resources on the threat of “mis/disinformation” should “shock the very core of the American belief system, a threat to free speech that will rightly alarm freedom-loving people across America, including those in my home state of Missouri.”

Missouri Attorney General Eric Schmitt speaks to Reuters after a news conference outside the U.S. Supreme Court in Washington on Sept. 9, 2019.
(Fox News)

He says that “shadowy” government programs that promise protection from the “bogeyman” are “clumsy attempts by deep-staters to slowly steal our liberties and invade our privacy step by step, while hoping we don’t notice. We are noticing.”

The attorney general said Missouri, which is known as the “Show Me State” and has a suspicion of government bureaucracy, is rightly skeptical of DHS and the new board. He cited examples from 2020 when social media platforms censored speech related to the COVID-19 lab leak theory, despite it being more widely accepted today. In addition, he references how the Hunter Biden laptop story was labeled as “disinformation” despite it being accepted as genuine over a year later.

Schmitt also raised whether the creation of the board is related to the recent purchase of Twitter by Elon Musk, who has committed to transparency and protecting free speech on the platform, which has censored speech by former President Trump and other conservatives.

The Missouri attorney general says he plans to push back on this newly established board, which he calls “frightening and dangerous,” until the Biden administration backs off.

“So if you continue to try and trample on our free speech rights under the false banner of ‘disinformation,’ on behalf of the citizens of the state of Missouri, I will fight this government overreach every step of the way. The future of our republic is at stake.”

WHITE HOUSE DEFENDS DHS ‘DISINFORMATION’ BOARD: ‘NOT SURE WHO OPPOSES THAT EFFORT’

Nina Jankowicz, who previously served as a disinformation fellow at the Wilson Center, will head the board as executive director. Members of Congress and critics on social media have blasted the decision to appoint Jankowicz and expressed concern that she would not be an impartial director based on comments she made regarding the Hunter Biden laptop story.

White House press secretary Jen Psaki on Thursday defended the new DHS board, saying, “I really haven’t dug into this exactly, I mean, we of course support this effort but let me see if I can get more specifics.”

“We know there has been a range of [disinformation] out there about a range of topics, I mean, including COVID for example, and also elections and eligibility,” Psaki said, adding that she would check for additional information on what the board plans to do.

Psaki continued, “It sounds like the objective of the board is to prevent disinformation and misinformation from traveling around the country in a range of communities. I’m not sure who opposes that effort.”

DHS did not immediately respond to Fox News Digital’s request for comment on Schmitt’s letter.