DeSantis hits back at Biden’s ‘book burning’ comment: ‘We want education, not indoctrination’ 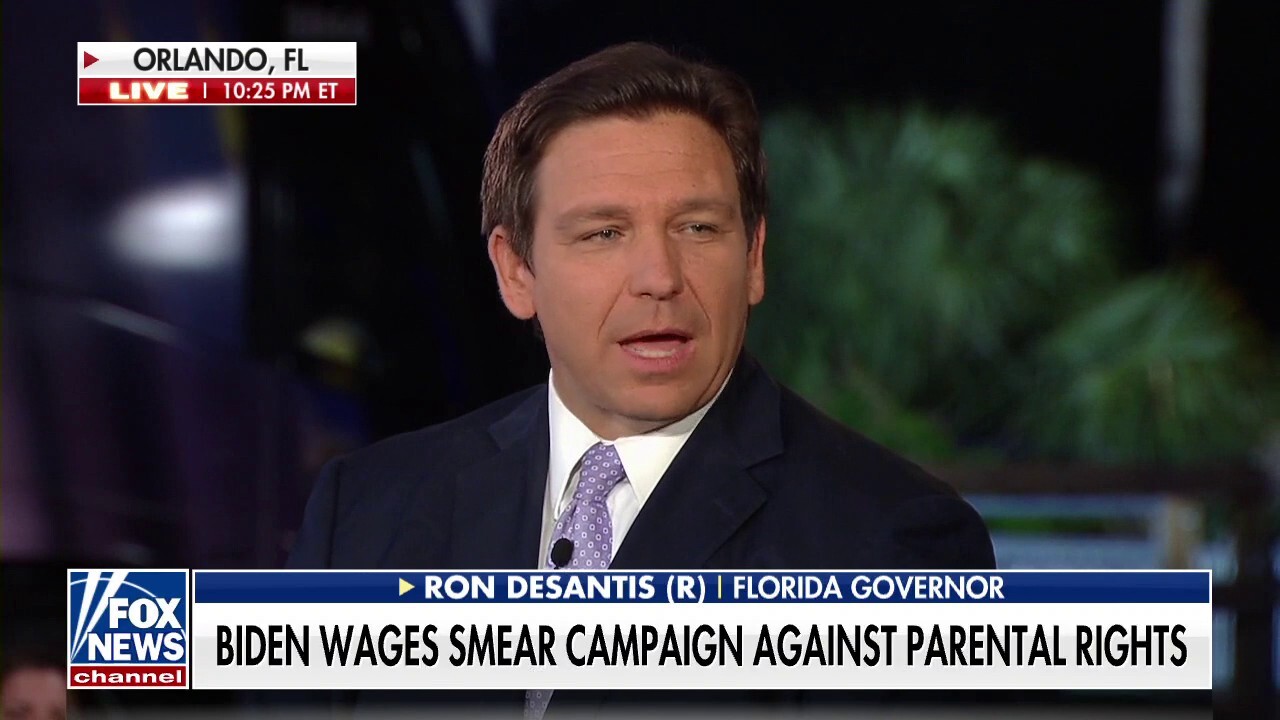 “Today there are too many politicians trying to score political points, trying to ban books—even math books,” Biden said Wednesday during the annual National and State Teachers of the Year award ceremony.

The president appeared to be referring to the Florida Department of Education’s decision to bar 41% of math textbooks for public schools they claimed included critical race theory and “social-emotional learning.” Nine of these books were reinstated after the publishers scrubbed the prohibited content.

DESANTIS WARNS BIDEN: IF YOU CARAVAN ILLEGAL MIGRANTS TO FLORIDA, WE’LL REROUTE THEM TO DELAWARE

“Did you ever think when you’re teaching you’d be worrying about book burnings and banning books all because it doesn’t fit somebody’s political agenda?” Biden added at the time.

Speaking from Orlando Thursday, DeSantis was asked by Laura Ingraham about the apparent “pot shot” from Biden and said that “we draw a hard line in Florida” regarding education.

“We want education, we do not want indoctrination,” DeSantis said before he was cut off by a long round of applause from the audience.

INGRAHAM: RON DESANTIS HAS TAKEN ON THE LEFT MORE AGGRESSIVELY THAN ANY GOVERNOR IN MODERN MEMORY

“This is a huge debate in our country—it’s sad that it is,” DeSantis continued.