DeSantis blasts Disney’s attack on parents: ‘Walt Disney would not want that’ 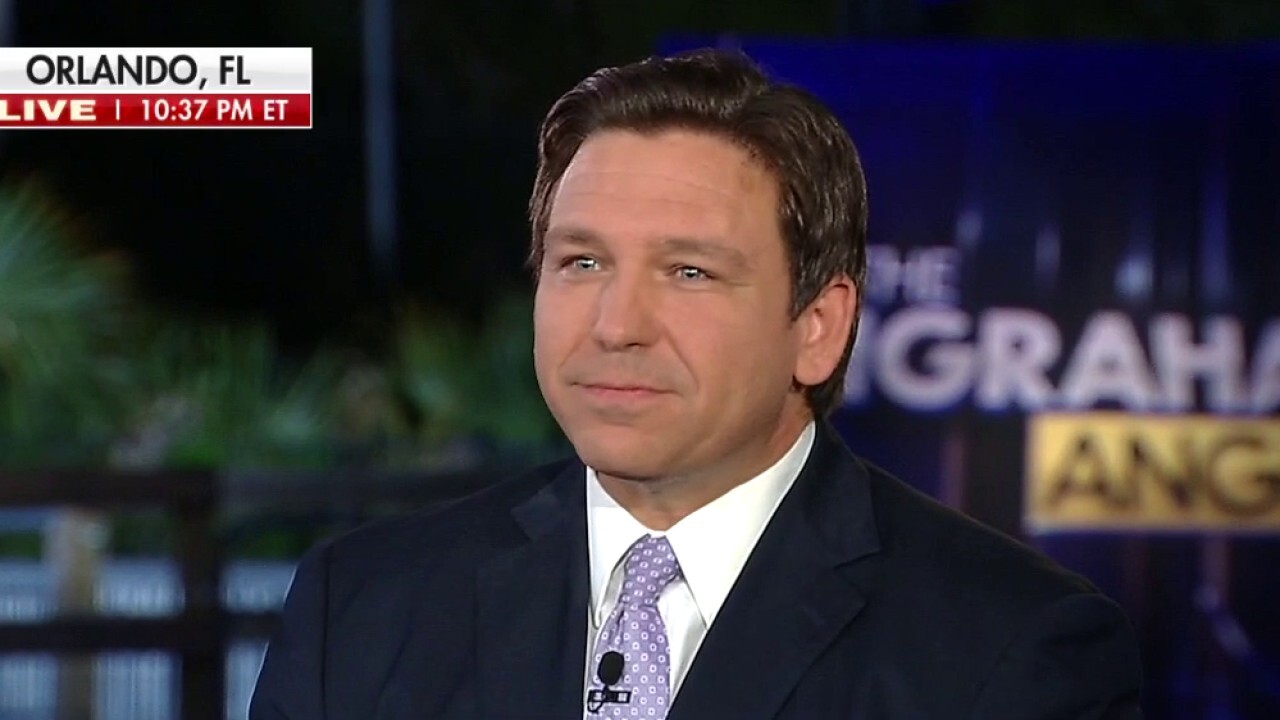 Florida Gov. Ron DeSantis pledged Thursday that Disney will live under the same laws as everybody else in Florida on the “The Ingraham Angle Town Hall” in Orlando, Florida.

“It just simply ends with them being treated the same as every other company in Florida,” DeSantis told Laura Ingraham. “They’re going to follow laws. They’re not going to have their own government. They’re going to pay their debts, pay their taxes.”

DeSantis pointed out that during the COVID-19 pandemic, he saved thousands of jobs in Orlando.

“If you had a governor like in California, these people would have lost their jobs because Disneyland was closed for over a year,” he said. “I did it because I cared about people’s jobs and their livelihoods, but in the process of doing that, we made Disney millions and millions of dollars because we had sensible policies during COVID.”

The governor took a jab at the company’s special Florida district, saying that Disney is “paying themselves” when they pay to Reedy Creek.

DeSantis concluded by ripping into Disney’s response to the Parental Rights in Education bill, which drew a standing ovation from the crowd.

“I am not comfortable having one company with their own government and special privileges, when that company has pledged itself to attacking the parents in my state,” he said.

“When that company has very high up people talking about injecting pansexualism into programing for young kids, it’s wrong. Walt Disney would not want that. And so get back to the mission. Do what you did great. That’s why people love the company, and you’ve lost your way. Maybe this will be the wakeup call that they need to get back on track.”