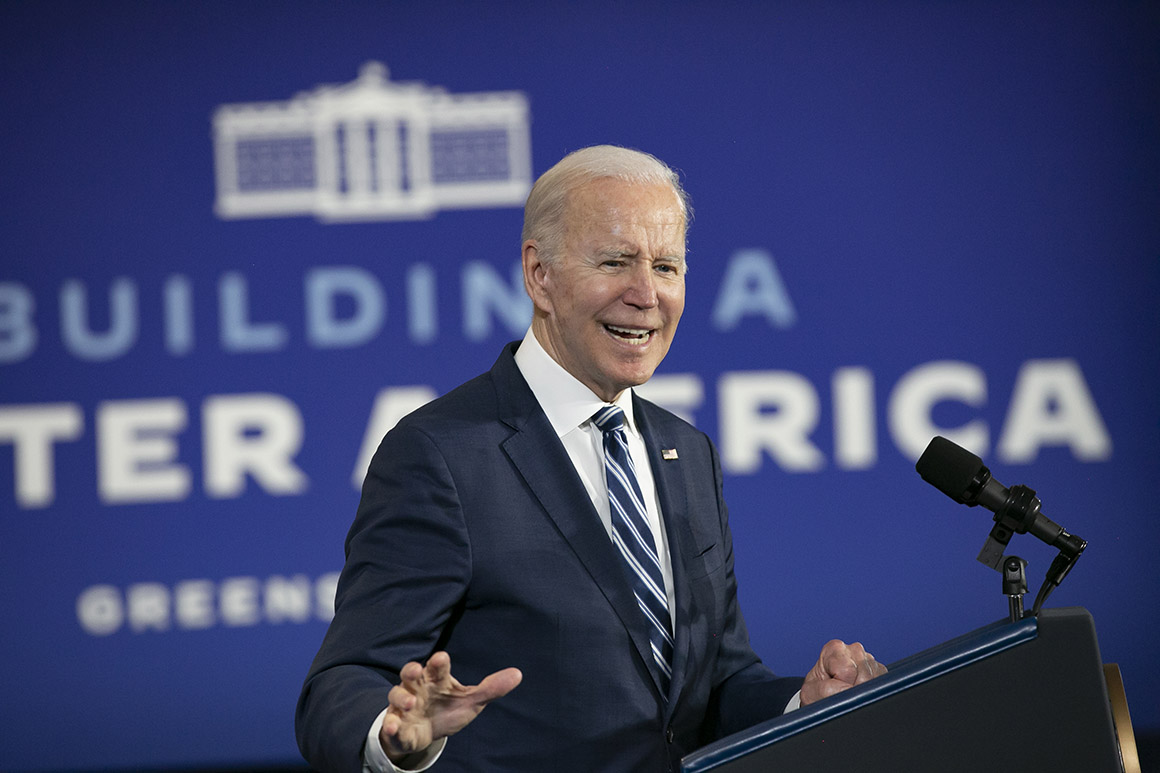 The Democratic super PAC American Bridge 21st Century is starting a new $3.5 million ad buy in several battleground states in an effort to boost President Joe Biden ahead of the 2022 midterms.

The TV, digital and radio ads will air in Arizona, Georgia, Pennsylvania and Nevada — a quartet of states Biden won in 2020 that also feature top Senate, House and gubernatorial races in 2022. The super PAC has been airing ads in these states over the last six weeks, part of American Bridge’s midterm spending plan, which will reach into eight figures.

The new ads, shared first with POLITICO, show the group zeroing in on an economic message as inflation spikes. In Arizona, the ad features a retiree who says she “hasn’t always voted Democrat,” but “Joe Biden deserves a lot of credit for the turnaround here in Tucson,” flashing an image of a headline: “Arizona has recovered all jobs lost during pandemic.”

“Costs are still high, but Joe Biden knows that and he’s doing what he can to bring those costs down,” she continues. “Biden thinks we should be making more here in America — more American manufacturing means more jobs and less expensive goods to buy.”

Cost of living and inflation, which has climbed to 40-year highs in recent months, has dominated voters’ top concerns, according to a wide swath of public polling. That reality is reflected in American Bridge’s new ads, all of which focus on costs.

“What we’re finding in our research is that we need to credential Biden on the things people already like about him and he’s doing well, like creating jobs … then, we need to transition to bringing down costs and what people are feeling right now,” said Danny Kazin, American Bridge’s vice president of campaigns. “If we can’t hold numbers on the economy, nothing else matters.”

In another ad that will air in Pennsylvania, a self-described “former Republican” says Biden is “focused on access to better jobs and lowering costs and getting this economy back on track.”